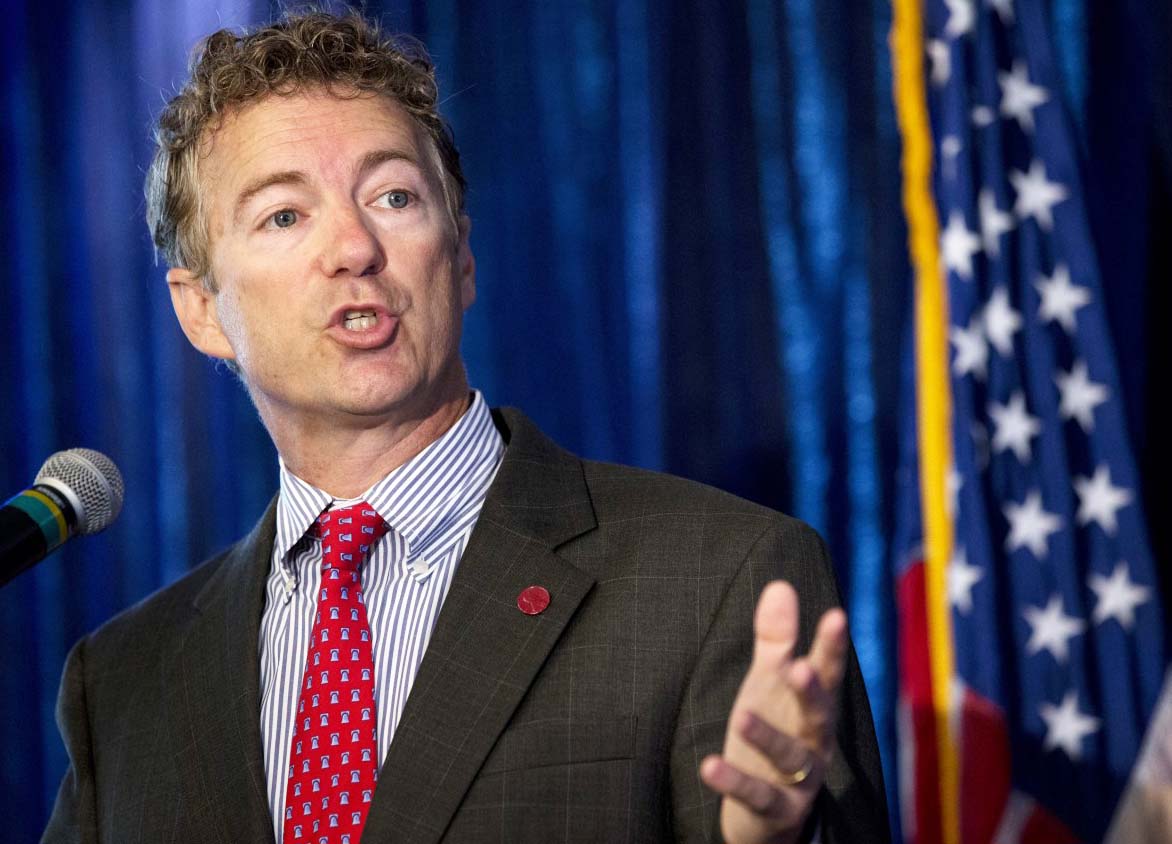 Rand Paul recently affirmed that the United States must not send any money to countries that persecute Christians, since Obama is supporting the jihad in Syria which has slaughtered countless Christians.

There’s a war on Christianity going on, and sometimes you’re being asked to pay for it… I say not one penny to any country that persecutes Christians.

Rand Paul, of course, was referring to the persecution in Syria, that America is supporting:

The vast majority of Christians in Syria, though, are on the opposite side of the war… There is an irony that is impossible to escape… Our tax dollars are funding Islamic rebels, who are killing Christians.

He also made this very revealing statement:

I fear that some in our nation and some in our party have forgotten the first part of the sentence, that peace should be our goal even as we build our strength… Some in my party have distorted this belief in peace through strength into a misguided belief that we should project strength through war.

He also mentioned the persecution in Iraq, which was caused by the Iraq War, saying:

During the Iraq War, think of what happened: A quarter of a million Iraqi Christians fled Iraq…Where did they go? They headed mostly for Syria

Rand Paul is absolutely right in this regard, and we must help the persecuted Christians.