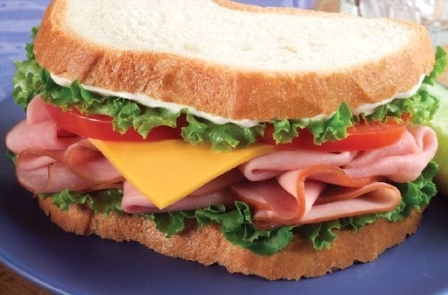 And herein lies the fundamental difference between Islamic law (the sharia), Canon law and Jewish law: Canon law applies to Roman Catholics, Jewish law to Jews, but Islamic law asserts its punitive authority over non-Muslims, and Muslims (even those in Western nations) impose it by force and other means.

NB – Google Translate – The case seems absurd, but it is being treated with the utmost seriousness by the police from Reims (Marne). A 23 year old man filed a complaint on June 8, after being attacked, around 21:30 on a tram in the city by two strangers.

They hit the victim repeatedly in the face because he was eating a ham sandwich. The two attackers, who claimed to be Muslims, said they were offended by the consumption of pork in their presence and so attacked the young man. One witness, a friend of the victim present at the time, was interviewed by investigators and confirmed the facts of the assault. The two attackers, who fled, have so far not been found. Videotape cameras from the tram are being examined.