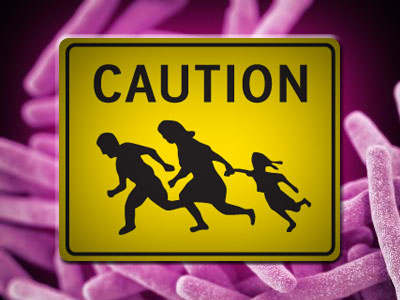 While our president continues to systematically legalize illegal immigration, the thousands of illegal immigrants spilling across the U.S. border aren’t just overwhelming our border patrol’s resources — they are also bringing with them the added bonus of a whole host of infectious diseases, ABC 15 recently reported.

WND reported last year that our open borders were also bringing in immigrants carrying new, highly infectious, lethal strains of drug-resistant Tuberculosis as well. By the time that story first broke, some 5,000 Los Angeles residents had already been exposed to it. (Oh, and the CDC failed to even notify the public at all until months after the agency began tracking it.)

So how do epidemics get started? From Frontpage Mag:

This is how epidemics get started. First it’s the small stuff and then it gets more and more serious.

And this is what happens when a government stops caring about the interests of its people and focuses only on a fanatical ideological agenda and selfish sectarian interests.

Although the Department of Homeland Security refused all three requests to respond to ABC 15′s reporter on this story, the border patrol agent above went on to tell her that the only thing being used to separate the sick from the healthy was a simple strip of yellow police line do not cross “caution” tape. 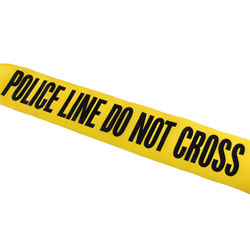 Well bravo, border patrol. I’m sure it’s a tough job, but come on. Was that last bit of common sense fail in the training manual?

Just because the majority of the American people in many instances have been cowered into fear and submissiveness by something as simple as a little yellow string of plastic with words printed on it doesn’t mean potentially deadly diseases that could harm the whole nation have.

The question now is…how much worse is this situation going to be allowed to get?