Last week Rupert Murdoch the Chairman of News Corp penned an op/ed run by the Wall Street Journal, a wholly owned subsidiary of News Corp, entitled Immigration Reform Can’t Wait.  Within, he reiterates the same tired rhetoric that passing immigration reform is the only way to revitalize our economy and remain competitive and relevant as a nation domestically and globally.  I disagree wholeheartedly.  People who try to pass off the red herring of immigration as the savior of our nation’s economy and relevance fail to point out the $1.9 Trillion dollars that over-regulation costs industry and business in our nation. And that’s just the federal government.

With a GDP (Gross Domestic Product) of $16 Trillion for 2012, we spend almost 9% of our entire production adhering to the 10,000 commandments of an abusive and hypocritical federal government.  They further fail to produce a definitive plan that outlines the costs, impact and implications to our culture, our electorate, our budgets, environmental and the plethora of other effects that come with mass human migrations. Add in the cost to states that have to bear the burden of immigrant healthcare, education, welfare, food stamps, and myriad other costs for the decades it takes them to become self-sufficient, and one can see the disaster created by the latest tidal wave of immigrants pouring over our borders.

Arguably, and for obvious sleight-of-hand reasons, Murdoch is trying to steer the conversation to H1-B visa immigrants who come here to work. However, the marketplace is awash in qualified, but unemployed American workers in the STEM (Science, Technology, Engineering and Math) specialties who bear the double burden of carrying heavy student loan debt while competing against immigrants for the same jobs. To make matters worse, the real goal of the transnationals and tech-giants he fronts for on this issue seek not just qualified workers, but workers who they can both pay less and more importantly; control.  The H1-B visa holder is no more than an indentured servant who resides and works under a cloud of coercion and intimidation and the threat of expulsion if they seek to voice their discontent about working conditions and pay.  They have no alternative because the transnational master holds the key to their ability to stay here. The American worker cannot be manipulated with the same effectiveness.  All other arguments are so much cheap wallpaper covering the blood and gaping holes of a policy created to enhance a bottom line that cares not a whit about humanitarian, environmental, sovereignty or political implications or issues.

There is also the argument that the remittances sent back to their home countries is a vast drain upon the economy of the nation with over $529 Billion alone in 2012.  To many nations, these remittances can make up as much as a third of their home GDP. See this link for individual national remittance tallies. When an economy of $16 Trillion sends 1/32 of all the income outbound and is forced to contend with another 9% added to the cost of just doing business by force in meeting federal regulatory requirements, one need not be an economist to sense a death spiral.

Murdoch attempts to manipulate you into believing that Eric Cantor’s recent loss in the Republican primary in Virginia was tied to immigration. Nothing could be further from the truth. The simple reality is that Cantor lost because his constituents saw him for what he was, an elitist with delusions of grandeur feeding on their desperation for leadership.  This was evidenced in some fashion by the fact that Cantor spent $170,000 of campaign funds eating in steakhouses while David Brat his unknown competitor spent not much more than that on his entire campaign. He also spent more time drumming up funds and support for his side of the duopoly back in Washington than working to actually represent the interests of his constituency.

What I find most offensive about the opinion piece however is the hubris and arrogance with which Murdoch condescends to tell us native born people what is best for us from his high, but insulated vantage point.  He tells you that your fears are foolish and silly in the face of his wisdom of what’s best for you and his adopted nation.  He asks us, “Is the idea of immigration reform complicated by the fact that some immigrants went outside the legal system to be here? Yes. It is complicated even more by the fear some Americans have, quite naturally, of how changing populations might also change our culture, communities and economic circumstances. Well, of course immigration means change. Immigrants enrich our culture and add to our economic prosperity.”

As if we’re all just afraid of the vast unknown but his comforting words will alleviate our silly childish fears of fiendish grumpkins in the dark. Forgive me Mr. Murdoch for injecting truth into your utopian fantasy, but the folks American’s are worried about are not those who came here legally with skills, knowledge, education, means, and the will and determination to succeed.  The immigrants that concern us are the ones who can’t speak the language and refuse to learn it or assimilate, the ones who have criminal records which we can’t verify except by the hieroglyphs of tattoo’s that proclaim their allegiance to something other than America, those who claim a child is theirs because they know we can’t prove or verify the factual truth of their statement, and most importantly the ones who believe their own personal situation overshadows the laws of a land they seek to benefit from despite those laws being the foundation of the life they seek to feed and grow fat upon. 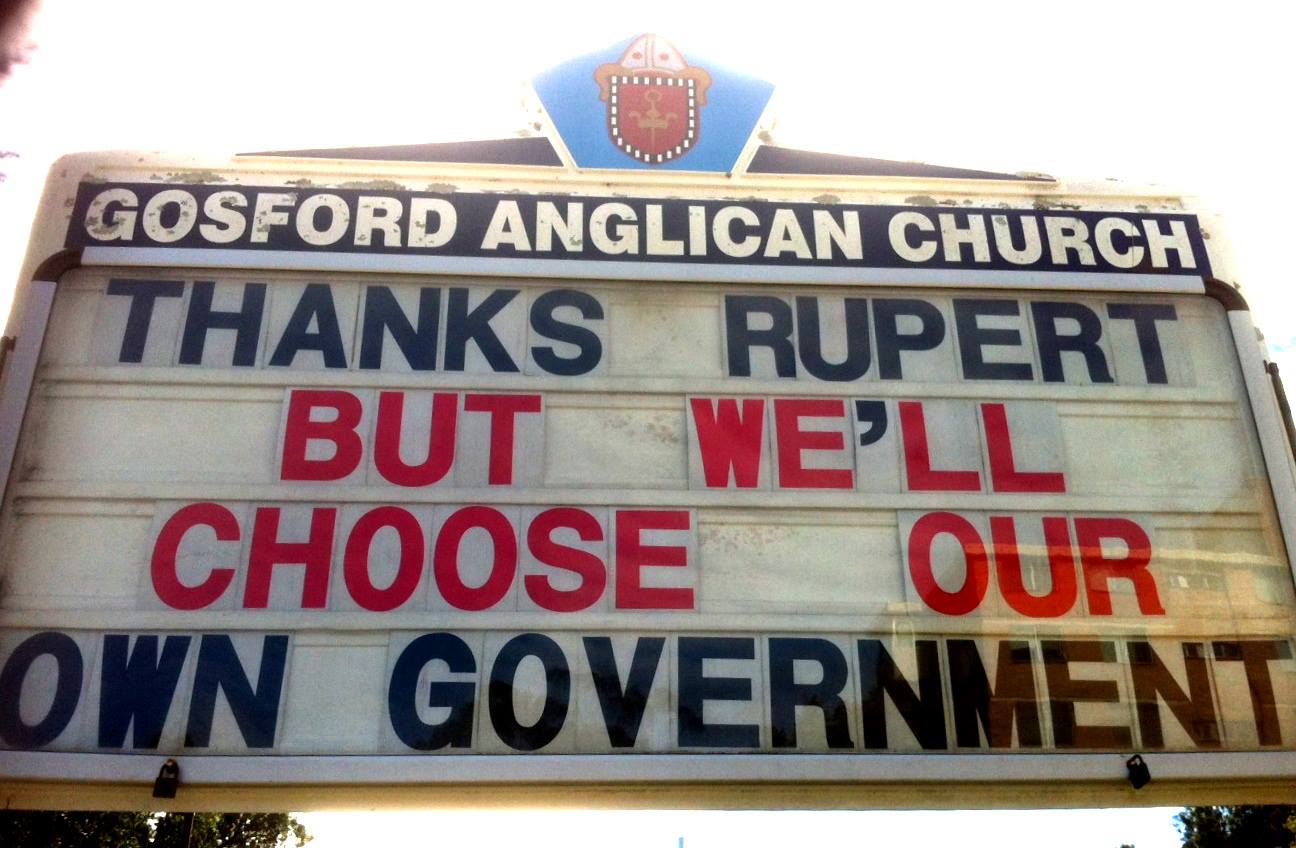 The canard of ‘enriching our culture and adding to our economic prosperity’ is as far from truth as east from west.  Our culture is debased, diluted, and the fabric rent because these immigrants want what they never had to pay for; and worse they demand that our culture be converted to more resemble that which they ran from like the plague in the first place. The statement that, “[t]he vast majority of America’s immigrants are hardworking, family-minded individuals with strong values.” is simply a lie. If the vast majority really bore the values esteemed upon them, they would not violate the laws of their potential harbor from the ‘alleged’ storms they claim to run from.

What this opinion editorial actually exemplifies is nothing more than a globalist zealot who is willing to sacrifice his adopted nation because he also has no concept of the core foundational values that created the magnet of America.  Murdoch uses the Wall Street Journal as his soapbox because he owns it. He spews forth his myopic view because he can and because he seeks to impart his weight to the effort of the entire organization as they seek to inject into America a willingness to accede and acquiesce to any tyranny which he and his oligarchy choose to impose upon the peasantry of unwashed masses who, but for them, wouldn’t-be-able-to-tie-their-shoes-without-written-instructions-and-can’t-possibly-know-what’s-best-for-them-unless-it-also-aligns-with-my-ideas-and-benefits-me-in-my-infinite-wisdom.

As the owner of one of the infinitesimally small group of media transnational conglomerates who tell you everything you should believe, everything (they think) you need to know, how to act, eat, sleep, what to wear and why, and how you should view and react to any given event, it would seem prudent to ignore the biased opinion of a man who seeks to encourage you to place your own head willingly upon the guillotine of self-destruction and self-treason. Murdoch uses this op/ed via the Wall Street Journal, a wholly owned propaganda outlet, to plead for you to cheer your own demise while asserting he is an American immigrant himself. If you needed further proof that News Corp, the Murdoch division of the MOP (Ministry of Propaganda) was ‘controlled opposition’ run by a globalist oligarch who seeks to manipulate you into willingly accepting your own demise… Here you go.

Murdoch may hold citizenship but make no mistake about it,  the man is a globalist with no respect for national borders, our personal or national sovereignty, the cultures and fabric of our nation or the principles and foundations of our greatness.  To this man, a nation’s Constitution is just a speed bump in the way of a plan so heinous that the vast majority of the planet and specifically this nation cannot accept the scope, scale and size of it. As a nation, America is living in a state of denial fostered in large part by this exact kind of propaganda. “The individual is handicapped by coming face to face with a conspiracy so monstrous he cannot believe it exists.” — J. Edgar Hoover 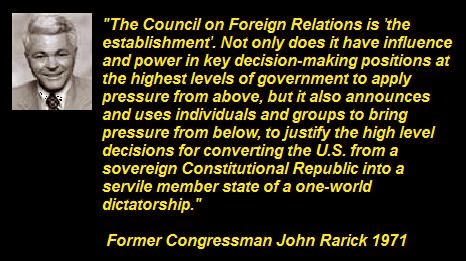 Murdoch, and most of his executive minions sit as members in good standing on the CFR (Council on Foreign Relations), an organization whose membership is dedicated to a unified global one world government run by transnational corporations and oligarchs who usurp power from world leaders and legislative bodies of the nations they seek to control through any means necessary including bribery (a.k.a. lobbying), manipulation, threats and coercion.  If all that doesn’t work, they simply use their megaphone to discredit and eviscerate anyone who won’t go along with the program. Remember the old adage, ‘never pick a fight with a guy who buys ink by the barrel’?

He also has vast holdings in Europe, Britain, Australia and Latin America (note the immigration connection) and uses these assets to manipulate mind-numbed people all over the world into accepting their helplessness at the hands of tyrants.  See the entire disheartening list of manipulation outlets here. (scroll down to ‘Final Holdings’)

If you are one of those who mistakenly believes that Fox News is an outlet of truth in a sea of liars, profiteers and carpetbaggers, you may want to challenge your own beliefs.