We could not have a better person in office than President Obama, if you want someone to do everything he can to destroy the country that is. This President has gone out of his way to make sure not only just a few of his Socialist policies ruin us, but that his whole time in office is dedicated to the destruction of the United States as we know it.

From supplying terrorist organizations such as Al Qaeda, the Muslim Brotherhood, and countless other Islamic Jihadists in N. Africa, the Mid-East, Indonesia, and Europe with billions of dollars in weapons, billions in financial aid, and actual military help, to purposely busing and flying in hundreds of thousand illegal aliens per day via Homeland Security.

This President expects his agenda of anti-Americanism to continue with breaking our economy and with the EPA’s anti CO2 regulations, which are based on guess work from UN climate organizations and not concrete scientific evidence.

We also have the countless scandals which amount to crimes perpetrated by this President. From Benghazi to the IRS situation, where Conservatives are targeted by the IRS for their voices of opposition to the Administration, we now have a Socialist Dictator in office who has declared war on any American who stands with the Constitution as the rule of law.

We now have the dirtiest most corrupt President ever to hold office, making Richard M. Nixon look like the most honest President we ever had, when comparing the two. At least Nixon loved America; Obama hates the very core of American values of which make us great.

A President, who loves his country, would not aid enemies who have only our destruction in mind. Yet, Obama has made his whole foreign policy about helping terrorist organizations gain control of countries.

Last year, in Obama’s quest to aid Al Qaeda and other terrorist factions fighting in Syria by wanting to bomb the Assad regime, we now see these same Islamic factions taking over Iraq via all the aid in arms, money, and military training we did supply them. It stands to reason that Obama does not want to help the Iraq government since his vision was to see Islamists take power across the Mid-East in the first place.

Obama and John Kerry have done everything possible to damage beyond recognition the friendship the US has had with key allies such as Israel and Russia. Today, we stand in opposition to Israel because of Obama’s agenda to transform the Mid-East into a region completely run by terrorist organizations, labeling Israel as an oppressive state and doing everything possible short of cutting ties with them altogether.

We now live in a Cold War atmosphere with Russia over events in Ukraine, which were stoked by our own CIA in the first place.

The Benghazi cover up is clear to anyone who has been following US foreign policy. This Administration has to keep these events swept under the rug since it was the very terrorist organizations the Obama Administration is supporting who are responsible for killing Americans on that day.

Because of the massive opposition to the Obama Administration’s desire to grant Amnesty to millions of Illegal Aliens, the President has given orders for all Border Patrol agents to stand down and has Homeland Security busing and flying hundreds of thousands of Illegals into the US daily from Central America with the help of the drug cartels.

The recent Federal land grab in New Mexico is also part of the Obama strategy in creating a flood of illegal immigrants.

So, now, instead of having hundreds cross our southern border each day, we now have thousands getting a free ride here daily.

Aside from all of this, we are supposed to believe the IRS lost some two years of Lois Learner’s E-Mails. In light of the massive domestic spying by the NSA, CIA, and other clandestine organizations on American citizens, we know this isn’t a problem since these organizations do have these E-Mails. 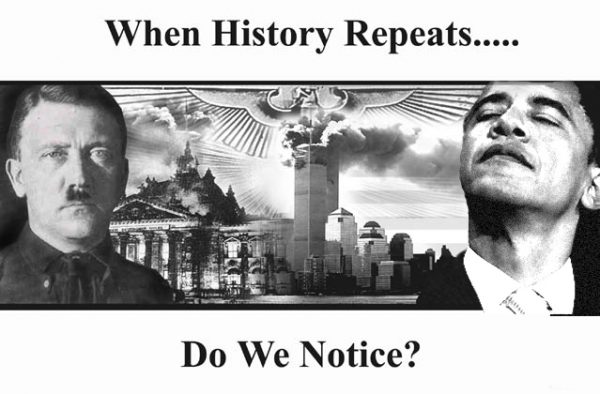