When the Roman Polanski rape case resurfaced, Whoopi Goldberg coined the term “rape-rape” to describe the difference between the kind of rape she opposed and the kind she was okay with because it had been perpetrated by someone she liked. 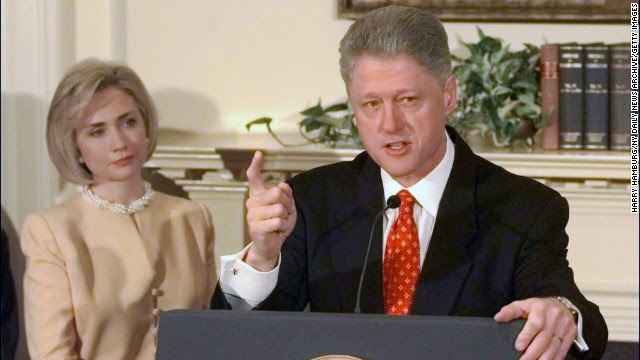 In the political world the cases of Clarence Thomas and Bill Clinton showed how liberals delineated between the sexual harassment of men they approved of and disapproved of. Now the “Rape Rape” distinction is back with Bill’s wife.

Last week liberal activists were denouncing George Will for questioning the lack of due process for accused rapists on campus. Then the Washington Free Beacon posted a tape in which Hillary Clinton had a good laugh discussing how she freed a child rapist that she knew was guilty from prison.

Hillary had become the Democratic Party’s official “Role Model for Women” through her willingness to stand by her powerful husband during his affairs, cover up his sexual harassment of other women and even target those women for daring to speak out against her husband.

Suddenly the social justice warriors who were denouncing due process, such as access to legal counsel, for campus rapists being tried by student committees, became big fans of due process for rapists.

As with Whoopi Goldberg, it was all about who was doing the raping and who the rapist’s lawyer was.

Amanda Marcotte, of Slate and The Daily Beast, as well a blogger for John Edwards, another noted defender of women, had called critics of the Duke Lacrosse case “rape-loving scum” and suggested that George Will was a “rape apologist” for questioning some questionable rape cases.

With a desperation only previously known to members of the Communist Party after Khrushchev had denounced Stalin, Amanda explained that Hillary Clinton might have called a 12-year-old victim of child rape a mentally ill slut, but it wasn’t her fault.

It was society’s fault.

“While it’s always unpleasant to hear defense attorneys try to sow doubt about an accuser’s trustworthiness, the blame for this should not lay on the shoulders of those who have an obligation to defend their clients. The blame should lay on society for perpetuating the myth that false accusations are common” she wrote.

Don’t blame Hillary Clinton for her horrible evil lie about a raped little girl. Blame a society that gave Hillary the idea that she could get away with it.

This is a good defense because it can be used for any of the many lies told by Hillary Clinton. Don’t blame her for lying about landing in Bosnia under sniper fire. Blame a patriarchal society which values military heroics over defending child rapists. Don’t blame her for lying about being named after Sir Edmund Hillary. Blame a society which prioritizes climbing large mountains over stealing White House furniture and covering up for your husband’s history of sexual abuses.

Marcotte, like many of Hillary’s defenders, claims that Hillary Clinton had no choice but to do what she did in support of a “constitutionally mandated right of the accused to an adequate defense.”

But the Constitution does not mandate that the accused must have a lawyer. Only that he has a right to one if he can find one. The public defender was another invention of a liberal activist judiciary. And even so, there was no legal obligation for Hillary Clinton to defend him. The child rapist already had a lawyer.

He wanted a female lawyer. And Hillary, looking to her career, agreed.

Hillary Clinton served the same role for the child rapist as she did for her husband by letting a sexual predator use her gender for political cover against the women he had victimized.

The child rapist was entitled to a lawyer. He was not entitled to Hillary Clinton. The Founders never wrote that one into the Constitution. Not even the Warren Court did that. Nor did her choice to undertake the defense of her client trump her moral and ethical obligations as a human being.

Being a defense attorney does not free one from the basic standards of right and wrong. The Nuremberg Defense did not work for soldiers. It certainly does not work for lawyers.

Gawker’s Jezebel blog had demanded that George Will be fired. “Are victims of rape and domestic violence… the final politically acceptable punching bags for opinion pages?” it asked. The answer is yes, if they are Bill or Hillary Clinton’s victims because when it came to the Hillary rape tape, Jezebel began making excuses.

Hillary supporters at Correct the Record claimed that the rape tape was distracting from her record. But the rape is very much a part of her record. It shows how far she is willing to go to win and what tactics she is willing to use. It also once again shows her contempt for the gender that her party claims she represents in political life.

“The desperate attempts to get Clinton’s name in a headline with the word “rape” bespeak of a conservative movement that can’t imagine that rape as anything but a hot button word to try to damn political opponents with,” Amanda Marcotte writes in a convoluted coda to an article so morally convoluted that it ought to have its own law degree.

As her own behavior demonstrates, the social justice warrior crowd doesn’t really believe rape is wrong. It believes that rape is a useful political weapon. It believes the same thing about racism and a host of other ills. It is even willing to use gay smears against Republican politicians while campaigning for gay rights.

The pass that both Clintons have gotten is proof of how seriously the Democrats take women’s rights. Not to mention the same pass that another courageous liberal defender of women, Ted Kennedy, got. Marcotte jumps into a Pavlovian frenzy every time some Republican somewhere says something about rape. But when it comes to Democrats who don’t just talk, but who actually abuse women, she jumps up as the counselor for the defense.

“Feminists don’t criticize conservatives for rape-complacent or ever rape-apologetic statements or policies because they’re trying to score cheap political points. They very sincerely believe that these people stand in the way of justice for rape victims, often for very good reason. There is no reason to think that of Clinton,” Amanda Marcotte writes.

Aside from the time that Hillary Clinton prevented a child rapist from going to jail for raping a child, there is no reason to think that she stood in the way of justice for rape victims.

How many child rapists do you have to free before you officially stand in the way of justice for rape victims? One. Marcotte has accused Christians of having beliefs that blame women for rape. It’s not a good description of Christians, but it is a surprisingly good description of Hillary Clinton.

In the Blair Papers, also turned up by the Free Beacon, Hillary blamed Bill Clinton’s affairs on her failure to be “sensitive enough” to him. She also appeared to believe that Bill’s behavior was the fault of by being raised by two women. 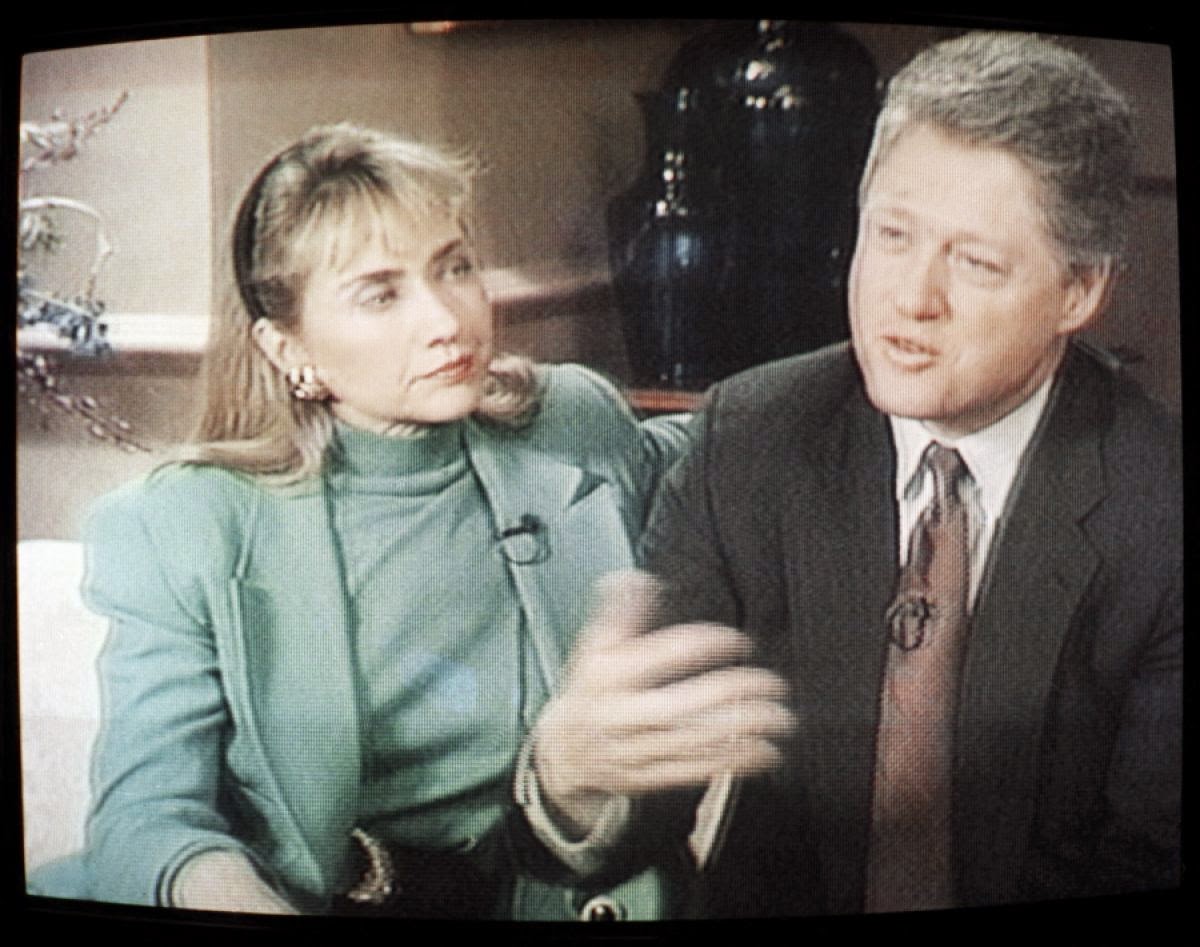 When Senator Bob Packwood, a liberal Republican, was accused of sexual harassment, Hillary dismissed the “whiney women” because she needed the famously pro-abortion senator on health care.

In public, Hillary Clinton mouths all the right platitudes about women, girls and sexual assault. In private, another Hillary comes out of the closet.

This is the Hillary who blames women for the abusive actions of powerful men; even when she is one of those women. The real Hillary is not only not a feminist icon, but she is much closer to the stereotype that leftist activists have of Christians and conservatives.

Hillary Clinton blames women for being sexually assaulted and raped. Having tethered her career to a serial predator, she can only get ahead by tearing down women in private while talking them up in public. The real Hillary is a neurotic living a lie who hates herself and her own gender.

The real Hillary despises women and identifies with the men who victimize them. 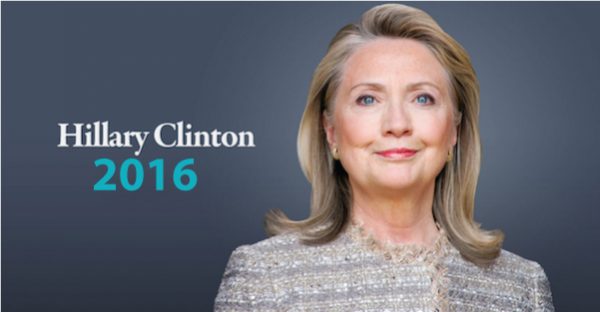