Of late, we hear the constant refrain from our self appointed rulers that a given law has been ‘approved’ or upheld by the courts. These statists claim that tyrannical interpretations are now “The LAW Of The Land” in bold and menacing tones. In most cases, if the ruling is beneficial to the government’s intended purpose of its gathering of greater authority to determine your fate without your input, it ends there and Americans are faced with another abuse of their basic God given rights guaranteed to them by the Constitution.

Often, the challenges end, not because they don’t have merit, but because the opposing party is simply beaten by financial attrition because the government has unlimited resources and the claimant runs out of money to continue the fight. At other times, the ideology of activist judges is interjected into their rulings opposing the very principles of justice and objectivity. 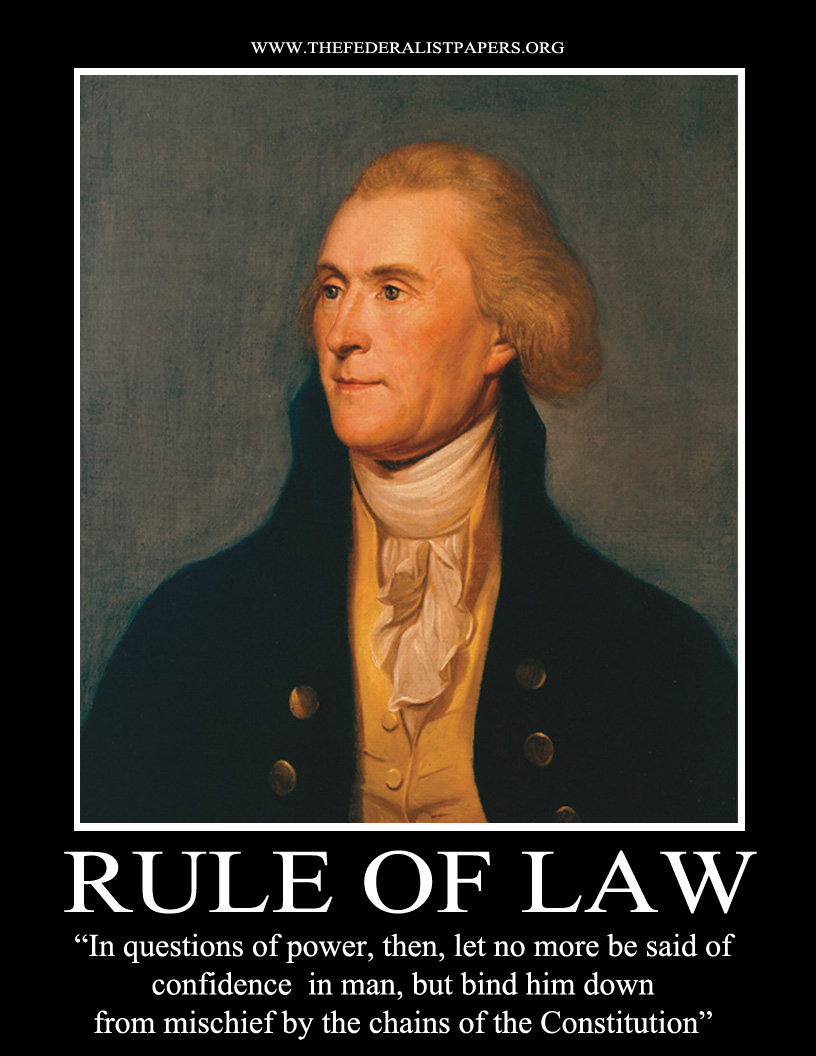 Recalling your most basic education of the Bill of Rights, you’ll remember that each was written as a protection, to bind the wisely anticipated tyrannical government from impugning the most basic and fundamental of human rights. Rights that don’t adhere only to Americans, but in actuality to all peoples.  The only difference is that in this particular nation, we where the first to proclaim them in writing for all the world to see, placing all on notice that these rights supersede any attempt by anyone, government or individual, to derogate them.

However, any critically thinking individual who is intellectually honest must admit that the state and federal courts have failed in their protective and objective role. These days, we learn that case after case, which chips away at the foundations of human rights, legally grants government the ‘permission’ to abuse or ignore those rights.

For those of you who still mistakenly believe that the ‘law’ as approved by the courts makes you ‘subject’ to their tyranny or their failure to protect you from executive or legislative tyranny, let me give it to you straight from the horses mouth;

“You seem… To consider the judges as the ultimate arbiters of all constitutional questions [which is] a very dangerous doctrine indeed, and one which would place us under the despotism of an oligarchy. Our judges are as honest as other men and not more so. They have with others the same passions for party, for power, and the privilege of their corps. Their maxim is boni judicis est ampliare jurisdictionem [good justice is broad jurisdiction], and their power the more dangerous as they are in office for life and not responsible, as the other functionaries are, to the elective control. The Constitution has erected no such single tribunal, knowing that to whatever hands confided, with the corruptions of time and party, its members would become despots. It has more wisely made all the departments co-equal and co-sovereign within themselves.” –Thomas Jefferson to William C. Jarvis, 1820. ME 15:277

Again, and again, Jefferson railed at the debasement of the peoples right to self-governance by judicial tyranny.

Jefferson was so adamant on this principle because he watched as the nation allowed judicial decisions to strip the citizenry of their inherent authority and powers of self-determination and self-governance. He was frightened at the prospect of a judiciary which became tyrannical due to its unchecked power to ‘interpret’ but not ‘make’ law. A law is simply a framework, but when the courts have the ability to furnish and decorate the ‘house’, the people no longer have control of their environment.

He decried this mis-appropriated power that the judiciary gave to itself as evidenced in the Coup d’Etat decision of Marbury vs. Madison. (for a better understanding of this landmark case, read here, here and here) In that case, the Supreme Court, (during Jefferson’s term as president 1801-1809), unabashedly declared that SCOTUS (Supreme Court Of The United States), and it alone acted as the final arbiter of all constitutional questions for all branches of government. Tyrannies invariably fail to willingly forego power and the courts today have never relinquished that abrogated authority.

How does this effect modern court decisions?

For relevance, I present the following case study: The court ‘approved‘ Obamacare debacle forces you to relinquish basic rights that precede even the Magna Carta by upholding a law passed in 2010. With the pound of a gavel, the court ruled that your 1st, 4th, 5th, and 7th Amendment rights at a minimum are completely invalidated. I’ll explain…

In 2010 the senate surreptitiously abused its constitutional authority and power by taking an appropriations bill properly passed in the house related to deployed military mortgage foreclosure protection. The senate then gutted the original content and injected poison into the capsule which became the Patient Protection and Affordable Care Act, better known as Obamacare.

Since only the house can initiate law that contains appropriation, budgetary and taxing power, the entire concept was flawed before it even received a single vote. Within that poison pill, SCOTUS gave HHS the delegated authority to write rules nullifying the Bill of Rights, which even congress itself cannot oversee, modify or change. Effectively ensuring that the era of Administrative Law has invalidated the point of even having a congress.

Further the president who can only “faithfully execute” the laws passed by congress and has no inherent authority to make, or change, law based upon whim, fancy or ideological persuasion. Yet as of this writing, the president has unilaterally made some 38 statutory changes to the law. The courts have failed to stop this tirade of lawlessness by simply ruling that no individual member of congress itself has “standing” as a plaintiff.

After much wrangling the Supreme Court “upheld” the legal authority of the federal government to mandate that Americans must purchase insurance, itself a violation of their constitutional authority. Further, HHS proceeded to secretly hide within the software source code of Healthcare.gov the following statement under it’s terms of use, but hidden from the viewer unless they used special features of their internet browser to see the waiver of rights in the following notice;

Note the use of the word/phrase “lawful government purpose” which can mean almost anything based upon ‘interpretation’ that must be challenged in guess where? You guessed it, the courts.

Under the court’s interpretation is the implied argument that by signing up, you willingly volunteer to waive your rights.  However, if you register at the point of a gun of police power wielded by the government and under the duress of a court mandate, then they can’t argue you voluntarily waived your rights.

To bring this issue to the core argument, the courts have allowed a law passed in 2010 to supersede the 1st, 4th, 5th and 7th Amendments.

In any event, I can point to any number of other court cases (read the harrowing story of Judge John Kintzing Kane of the Federal District Court, who as early as 1855 was a judicial activist on the issue of slavery) which have effectively eliminated the Bill of Rights from any discussion pertaining to your ability to live your life unmolested by government including recent SCOTUS rulings on the EPA, NSA, Police Powers of Law Enforcement, federal power to overreach and the failure to either proactively or reactively protect the people of the nation.

Appointed for life, judges have become instruments of politics and policy that gradually have eroded any perception of actual adherence to Constitutional principles as outlined by the founders. We’ve slept through the graduated decline allowing precedents to be declared ‘ruling law’ when, like the game of telephone, they bear no relation to the original context or pretext to the original issues.

As a result we now have a police state which is granted powers by the courts in diametric opposition to any foundational principles espoused by the originators of this once great nation and pillar of freedom.

Because our nation then, and now has failed to heed Jefferson’s bold warnings in 1820 to halt the onslaught of tyranny, Thomas Jefferson again clarified the warning in a letter written in October 1823:

“At the establishment of our Constitutions, the judiciary bodies were supposed to be the most helpless and harmless members of the government. Experience, however, soon showed in what way they were to become the most dangerous; that the insufficiency of the means provided for their removal gave them a freehold and irresponsibility in office; that their decisions, seeming to concern individual suitors only, pass silent and unheeded by the public at large; that these decisions nevertheless become law by precedent, sapping by little and little the foundations of the Constitution and working its change by construction before any one has perceived that that invisible and helpless worm has been busily employed in consuming its substance.”

What he proclaimed to an apathetic populace then, and now, is the simple maxim that by allowing our judicial system to declare themselves the final arbiters of justice and determine Constitutional issues and definitions, we are sprinting down the freshly paved road to tyranny.