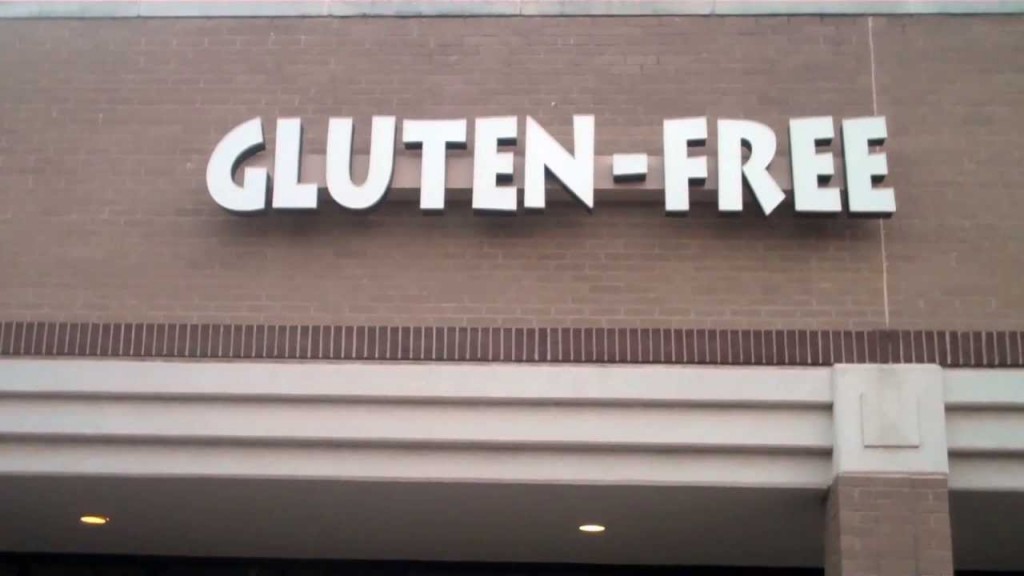 Just last month, researchers published a new research paper in the Journal of Cereal Science (tagline: “Cereal Science for Food Security, Nutrition and Sustainability”) all about how genetic engineering could save the millions of people suffering daily from gluten intolerance. Gluten-free foods have now become a $4 billion dollar industry. More and more people are realizing every day that they aren’t as sick as they thought they were — that a reaction to the gluten from wheat found in thousands of products on their grocery store shelves is actually damaging the lining of their intestine, rendering them unable to absorb nutrients properly, which manifests all sorts of horrible health issues. Gluten intolerance and celiac disease can actually be present as over 200 different symptoms. For example, did you know that gluten sensitivities can show up as:

And no, that’s sadly not all. Due to gluten’s ability to render a sensitive person unable to properly absorb their nutrients, it’s also been tagged for a multitude of reproductive issues and cancer which is on the rise. While organizations such as one in 133 have sprung up around this issue, figures show that at least 18 million Americans are sensitive to gluten (meaning they experience negative health symptoms when they eat it) and another 3 million suffer from full-blown Celiac’s Disease, which is an extreme form of gluten sensitivity that can be deadly (although all of it can ultimately be deadly). Those numbers are conservative at the very best, however, considering a) they are from 2011 and b) it’s a fact that some people don’t show any hardcore symptoms at all… totally leading them to believe they suffer from something other than gluten intolerance and the resultant nutrient deficiency that follows. Recently, research has come forward to suggest that it’s the main ingredient glyphosate in Big Agra giant Monsanto’s worldwide best-seller Roundup that is potentially behind the gluten intolerance epidemic we’re seeing today:

“Here, we propose that glyphosate, the active ingredient in the herbicide, Roundup®, is the most important causal factor in this epidemic. “Fish exposed to glyphosate develop digestive problems that are reminiscent of celiac disease. Celiac disease is associated with imbalances in gut bacteria that can be fully explained by the known effects of glyphosate on gut bacteria. “Characteristics of celiac disease point to impairment in many cytochrome P450 enzymes, which are involved with detoxifying environmental toxins, activating vitamin D3, catabolizing vitamin A, and maintaining bile acid production and sulfate supplies to the gut. “Glyphosate is known to inhibit cytochrome P450 enzymes. Deficiencies in iron, cobalt, molybdenum, copper, and other rare metals associated with celiac disease can be attributed to glyphosate’s strong ability to chelate these elements… “Glyphosate residues in wheat and other crops are likely increasing recently due to the growing practice of crop desiccation [drying] just prior to the harvest. We argue that the practice of “ripening” sugar cane with glyphosate may explain the recent surge in kidney failure among agricultural workers in Central America. We conclude with a plea to governments to reconsider policies regarding the safety of glyphosate residues in foods.” (source)

Monsanto also began producing genetically modified glyphosate tolerant sorghum in the last decade, which is used in many of the gluten-free foods that make up that $4 billion gluten-free food market and which Monsanto mentions on its website “is an excellent substitute for wheat for those who cannot tolerate gluten.” So what now? Gluten sensitivities are spreading throughout modern society like cancer, and glyphosate is everywhere these days. We’re using more glyphosate now than at any other time since it was invented, and that figure is not set to lessen any time soon with the continued proliferation of Monsanto’s glyphosate-resistant crops all over the world. Well, the “answer” the scientific community has come up with is…you guessed it…more GMO. One of the key components of the research paper first mentioned above is the creation of a transgenic approach:

Their report acknowledges that creating strains of wheat with reduced gluten toxicity is difficult using conventional breeding methods, and that genetic modification, in particular a technology called RNA interference (RNAi), hold the greatest promise in reducing or ‘silencing’ the gluten proteins in wheat and other cereals. Such technology allows researchers to develop gluten-free wheat strains by adjusting the gluten fractions toxic to those with celiac disease. They acknowledge that their efforts could face resistance fueled by global concerns around genetically modified foods. They also note that current and prior genetic modification efforts have not produced products with tangible benefits to the consumer. Rather, the main beneficiaries of such efforts have been large companies and/or farmers. (source)

Indeed, Monsanto has actually spent the better part of a decade-and-a-half researching GMO wheat. The company began field testing a variety starting in 1998, but suspended operations in 2005 after determining that a super-wheat strain wasn’t quite ready to be launched.