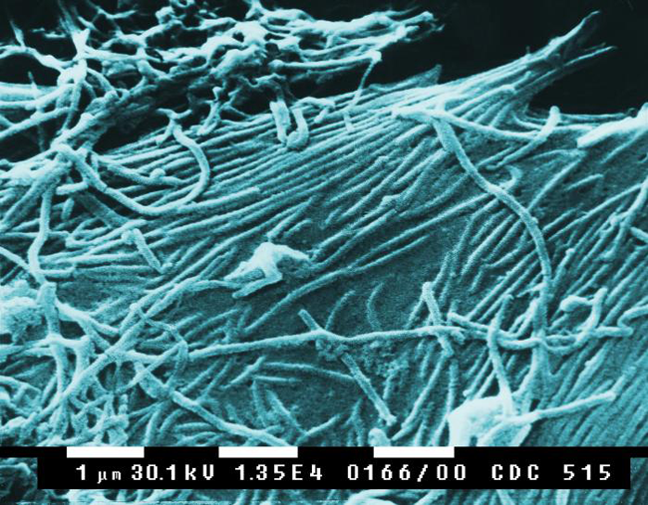 Since June 23 sixty-eight more people have died from Ebola as the outbreak continues to grip West Africa. The number of confirmed cases has risen from 635 to 759 during the same period.

Most of the deaths have been in Guinea, but there are an increasing number of cases in Liberia and Sierra Leone.

Health ministers from the three affected countries will join officials from neighbouring Ivory Coast, Mali, Guinea Bissau and Senegal, as well as Uganda, DRC, Gambia and hosts Ghana in an emergency meeting called by the World Health Organization.

There are increasing reports of families hiding those thought to be suffering from Ebola and this is going to cause a massive increase in cases according to experts.

It then spreads from one person to another: by direct contact with infected blood, bodily fluids or organs, or indirectly through contact with contaminated environments such as hospital wards and sick rooms. Bloodied bed linen and towels, often laundered for reuse when families are caring for victims at home also contributes to the spread.

Even funerals of Ebola victims can be a risk if mourners have direct contact with the body of the deceased.

Those that recover from the virus can remain infective for up to seven weeks and it’s critical that during this time that biohazard procedures remain in place, something that is currently not happening as people leave hospital and return home.

At one of the high-risk infection centres set up in Foya, in Liberia, the medics insisted we, like them, took extreme precautions.

Among the victims was a nurse who contracted Ebola after caring for a person who later died from the virus.

Nurse Elizabeth Smith was lying on a bed next to another nurse who had contracted Ebola from the same patient they had both treated.

But Ms Smith was significantly weaker than her co-worker. She did not raise her head as we entered and her bed was soaked in blood.

Neither woman had realised they were treating a patient with Ebola, so had taken none of the precautions their colleagues were now taking.

Two of them sprayed Ms Smith with disinfectant, down her legs, her feet, her hands and arms as they stood arms-length away in their head-to-toe protective clothing and visors. Gingerly, they took her arms and helped her to her feet, before escorting her down the tent corridor to the high-risk area.

Here, every patient is a confirmed Ebola case and the odds are that 90% of them will die.

The frightening deadliness of Ebola, plus the ignorance around it and the lack of a cure, has thrown the medical staff in this area into a panic.

“It is hard to get them to return, but we have managed to persuade some to come back by explaining to them how needed they are,” he said.

Ebola has no cure, and the fatality rate is up to 90%. It has an incubation period of between 2 and 21 days which gives a person who has no idea they are infected plenty of time to leave West Africa and arrive anywhere on the planet. There are currently no international travel restrictions from any of the affected areas.