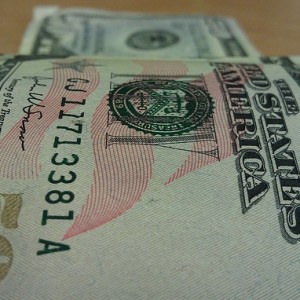 As the Obama administration continues to alienate almost everyone else around the entire planet, an increasing number of prominent international voices are starting to question why the U.S. dollar should be so overwhelmingly dominant in global trade.  In previous articles, I have discussed Russia’s “de-dollarization strategy” and the fact that Gazprom is now asking their large customers to start paying in currencies other than the dollar.  But this is not just a story about Russia any longer.  As you will read about below, China and South Korea have just signed a major agreement to facilitate trade with one another using their own national currencies, and even prominent French officials are now talking about the need to use the dollar less and the euro more.  John Williams of shadowstats.com recently said that things have never “been more negative” for the U.S. dollar, and he was right on the mark.  The power of the almighty dollar has allowed all of us living in the United States to enjoy an extremely high standard of living for decades, but as that power now fades it is going to have profound implications for the U.S. economy.  In future years the value of the dollar will go down substantially, all of the imported goods filling our stores will become much more expensive, and it is going to cost the federal government a lot more to borrow money.  Unfortunately, with the stock market hitting all-time record highs and with the mainstream media endlessly touting an “economic recovery”, most Americans are not paying any attention to these things.

French oil giant Total is one of the largest energy companies in the entire world.  On Saturday, Total’s CEO made an absolutely stunning statement.  According to Reuters, he told reporters that there “is no reason to pay for oil in dollars”…

“Doing without the (U.S.) dollar, that wouldn’t be realistic, but it would be good if the euro was used more,” he told reporters.

“There is no reason to pay for oil in dollars,” he said. He said the fact that oil prices are quoted in dollars per barrel did not mean that payments actually had to be made in that currency.

If Gazprom’s CEO had made such a statement, it would not have really surprised anyone.  But this came from a high profile French CEO.  A decade ago, it would have been unthinkable for him to say such a thing.  Wars have been started over less.  Virtually all oil and natural gas around the planet has been bought and sold for U.S. dollars since the 1970s, and this is an arrangement that the U.S. government has traditionally guarded very zealously.  But now that Russia has broken the petrodollar monopoly, the fear of questioning the almighty dollar appears to be dissipating.

And at this point even French government officials are not afraid to publicly discuss moving away from the U.S. dollar.  Just check out what French finance minister Michel Sapin said to the press this weekend…

French finance minister Michel Sapin says “now is the right time to bolster the use of the euro” adding, more ominously for the dollar, “we sell ourselves aircraft in dollars. Is that really necessary? I don’t think so.” Careful to avoid upsetting his ‘allies’ across the pond, Sapin followed up with the slam-dunk diplomacy, “This is not a fight against dollar imperialism,” except, of course – that’s exactly what it is… just as it was over 40 years ago when the French challenged Nixon.

So why are the French suddenly so upset?

Could it be the fact that we just slapped the largest bank in France with a nearly 9 billion dollar fine?…

The remarks come a week after Paris-based bank BNP Paribas (BNP) SA was slapped with a $8.97 billion fine by U.S. authorities for transactions carried out in dollars in countries facing American sanctions. The fine spurred debate in France about the right of the U.S. in extending its regulatory reach beyond its borders.

This is yet another example of how the Obama administration is alienating friends all over the globe.

In fact, there doesn’t seem to be anyone that the Obama administration is afraid of crossing.  Just a couple of days ago, the German press exploded in outrage when Germany arrested a U.S. spy.  Why we feel the need to spy on our friends is something that I will never figure out.

And of course our relations with Russia are probably the worst that they have been since the end of the Cold War at this point.  And as the Russians now rapidly move away from the U.S. dollar, they seem intent on bringing the rest of “the BRICS” with them.  The following is a short excerpt from a recent Voice of Russia article entitled “BRICS morphing into anti-dollar alliance“…

However, in her discussion with Vladimir Putin, the head of the Russian central bank unveiled an elegant technical solution for this problem and left a clear hint regarding the members of the anti-dollar alliance that is being created by the efforts of Moscow and Beijing:

“We’ve done a lot of work on the ruble-yuan swap deal in order to facilitate trade financing. I have a meeting next week in Beijing,” she said casually and then dropped the bomb: “We are discussing with China and our BRICS parters the establishment of a system of multilateral swaps that will allow to transfer resources to one or another country, if needed. A part of the currency reserves can be directed to [the new system].” (source of the quote: Prime news agency)

It seems that the Kremlin chose the all-in-one approach for establishing its anti-dollar alliance. Currency swaps between the BRICS central banks will facilitate trade financing while completely bypassing the dollar. At the same time, the new system will also act as a de facto replacement of the IMF, because it will allow the members of the alliance to direct resources to finance the weaker countries. As an important bonus, derived from this “quasi-IMF” system, the BRICS will use a part (most likely the “dollar part”) of their currency reserves to support it, thus drastically reducing the amount of dollar-based instruments bought by some of the biggest foreign creditors of the US.

Of course the key economic player in the BRICS alliance is China.

So will China actually go along with a “de-dollarization” strategy?

Well, the truth is that China has been making moves to become more independent of the dollar for a long time, and it has just been announced that China and South Korea have signed an agreement which will mean more direct trade between the two nations using their own national currencies…

China’s central bank has authorized the Bank of Communications, the country’s fifth largest lender, to undertake yuan clearing business in the South Korean capital, the People’s Bank of China (PBoC) said in a statement.

The announcement came as Chinese President Xi Jinping wrapped up a state visit to South Korea on Friday. China is seeking to make the yuan – also known as the renminbi – used more internationally in keeping with the country’s status as the world’s second biggest economy behind the United States.

Unfortunately, most Americans don’t care about any of this at all.

They don’t understand that more U.S. dollars are actually used outside the United States than are used inside the United States.  Because most of the rest of the world uses U.S. dollars to trade with one another, this has created a tremendous amount of artificial demand for our currency.  In other words, the value of the U.S. dollar is much higher than it otherwise would be, and this has enabled us to import trillions of dollars of products at ridiculously low prices.  The standard of living that we enjoy today is highly dependent on this arrangement continuing.

So it is absolutely imperative for our own economic well-being that this “de-dollarization” trend not accelerate any further.  The rest of the world could actually severely hurt us by deciding to stop using the almighty dollar, and the more that the Obama administration antagonizes both our friends and our foes around the globe the more likely that is to happen.

We live in very perilous times, and the almighty dollar is more vulnerable now than it has been in decades.

If it starts collapsing, it will take down the entire U.S. financial system with it.

Let us hope that we still have a bit more time before that happens, because once the U.S. dollar collapses it will be exceedingly painful for all of us.