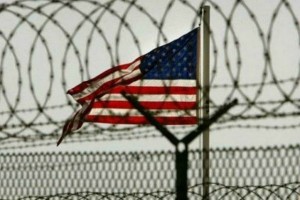 In regard to the sudden illegal immigrant surge at the U.S.-Mexico border, two Congressmen have gone on record to confirm President Obama is indeed using a Cloward-Piven strategy to overwhelm America, WND is reporting.

For a look back on how the Obama Administration brought us to this point, enter into evidence two extensive timelines:

But here are just three very basic examples floating around the news lately that get the idea across easily enough.

So, in essence, our government officials knew this wave of illegal immigrants were coming to our borders, and they planned for it well before it hit, because they’ve known for quite some time the Obama Administration’s policies are causing it to happen.

This is in addition to the fact that a 2013 ICE document reveals in detail the fact that over 36,000 criminal illegal aliens were released from our government’s custody while awaiting the outcome of deportation proceedings in that year alone. These people had a whopping 88,000 convictions between them, including homicide, sexual assault, kidnapping, aggravated assault, car theft, and drunk/drugged driving to name just a few.

Sounds a lot like a set up, doesn’t it?

Well, now Rep. Steve King, R-Iowa and Rep. Steve Stockman, R-Texas both agree that the Obama Administration’s policies are derived from a Cloward-Piven strategy — a strategy concocted by radical sociologists to crash the system and transform America into a socialist state.

“I do feel this attempt to flood the border with illegals is a playing out of the Cloward-Piven theory,” said Rep. Steve King, R-Iowa.

“If you don’t see them bring reinforcements down there to seal the border, that means that, yes, it’s a Cloward-Piven maneuver to flood the country until we get to the point where we are an open-borders country that welcomes everybody, legal and illegal,” he told WND.

Rep. Steve Stockman, R-Texas, agreed that Obama – who studied the chaos strategy at Columbia, according to a classmate – “is trying to do a Cloward-Piven thing with the border.”

Wikipedia sums up the Cloward-Piven strategy as, “a political strategy outlined in 1966 by American sociologists and political activists Richard Cloward and Frances Fox Piven that called for overloading the U.S. public welfare system in order to precipitate a crisis that would lead to a replacement of the welfare system with a national system of ‘a guaranteed annual income and thus an end to poverty’.”

Border resources are already being overwhelmed. The House Homeland Security Chair is calling it a “crisis like nothing I’ve ever seen”. A potential pandemic is becoming more likely by the day, as people crossing into the country are reportedly infected with everything from drug-resistant tuberculosis to HIV to scabies, rabies and dengue hemorrhagic fever — people who are barely being checked out and definitely not properly quarantined from otherwise healthy people. Border Patrol whistleblowers are coming forward, despite an Obama Administration gag order, to say that they are not being allowed to do their jobs.

This thing is far from under any semblance of control.

Beyond that, with more Americans on welfare programs now than at any other time in American history, a sudden massive influx of enrollees could easily crash the system, leading inevitably to the kinds of civil disturbances the government has been gearing up to respond to by suspending the Constitution and declaring martial law.

In fact, a massive influx of immigrants across the U.S.-Mexico border was the main pretext under which the Rex 84 program and its FEMA camps were designed in the first place.

Regardless of the fact that the Obama Administration is trying to frame this as a “humanitarian crisis,” rest assured it’s a created crisis, and the only way to solve it will be with even more big government. Poor Richard’s News sums up the plan:

By framing the flood of children immigrants as a “humanitarian crisis,” President Obama has greater leverage to offer more legal and physical help to illegal immigrant minors. This in turn creates an even more enticing reason for parents in Central and South America to send their children over the border, often unaccompanied.  Parents know that their children will be attended to once they’re over the border.

The result is that the entire system is completely overwhelmed and unworkable.

Perhaps that is why Marine Corps Gen. John Kelly, commander of SOUTHCOM, is calling the recent surge in illegal immigration at America’s southern border “a threat to the United States’ very existence”.