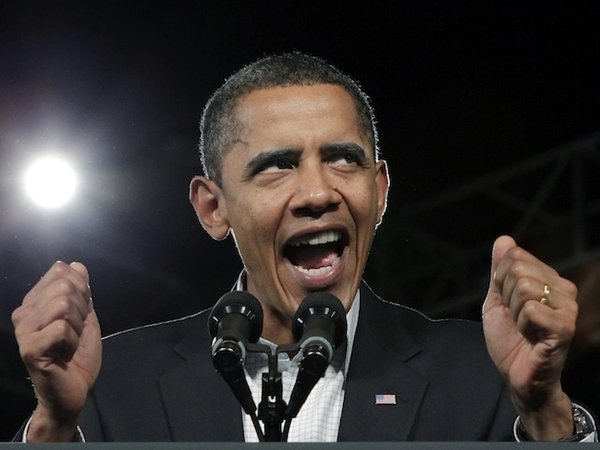 Everywhere you look, America is under severe stress. Aside from all the scandals and current and past controversies involving the Obama presidency, we have yet another one that is sure to do tremendous damage to America.

How would the government know that six months later, they would need those services unless this crisis is simply another manufactured situation where the rights of Americans are being eradicated or ignored and where additional stress can create more havoc on the system?

America has been called the great Melting Pot and that’s always been a rather accurate portrayal of a country that doesn’t like to turn people away. However, America has always insisted that those who want to be here (and were not born here of parents who already had the right to be here) jump through a few hoops. Not least of which is making sure you have no criminal background and you’re not carrying a disease that could easily spread to the rest of the population.

These rules have been tossed aside with the current tragic turn of events. While the government wants us to focus on the alien “children” that are coming to America, they don’t want us to consider the fact that something has obviously been set up.

What parent(s) would allow their young child to go to America unaccompanied by an adult? What parent would seem to not care whether or not any safety features were put in place for their children as they traveled among the coyotes (human and animal), lack of water, extreme heat, and lack of food to get to a place of possibilities?

Heck, we’re not even talking about the potential physical harm that can take place against these children. I don’t hear anyone talking about the lack of parenting here. All I hear is that America must have compassion.

The problem is that something is really screwed up. With the revelation of the federal government having advertised for escorts, it tells us that the government obviously knew the situation was going to occur, either because they planned it or allowed it.

There are only two reasons that the federal government would create/allow a situation like this to occur. First, the federal government wants to turn red states blue. Not all of the illegal aliens entering this country are children (though that group is what the media is focusing on primarily). Many are adults with obvious connections to gangs. Many could easily be part of drug cartels there and sent here to expand operations into the United States. Other adults walking across the border may be other types of criminals or even terrorists. We have no way of knowing because the federal government is not doing its job.

It’s job? Yes, it’s job. If you look at Article 1, Section 8 of the Constitution, it clearly tasks Congress with, among other things, working to “repel invasions” against America. What we have is just that happening. We are experiencing a foreign invasion of well over 300,000 individuals (as of July 5th, when President Obama went golfing at Andrews Airforce Base) with that number growing on a daily basis.

With all of the adults entering this country illegally, who will they vote for during elections? Democrats and those on the left because they will remind these illegals that being in America was made possible by the party that enslaves.

Second, the other goal is to overburden America’s system. These illegal aliens walking into America are bringing with them potential pandemics. Scabies, drug-resistant TB and other diseases have already spread to Border Patrol agents. The diseases will continue to spread as they are transmitted from person to person.

This will cause tremendous burdens on our healthcare system. If you consider the additional fact that the federal government is spending $256 per day per illegal alien (that adds up to a staggering nearly $100,000 per year!), that only means that the economic situation in America continues to worsen.

How does allowing hundreds of thousands of illegal aliens into this country help America? It doesn’t. How does this same situation help minorities like blacks and others who are here legally, want to work, but cannot find jobs? It doesn’t.

I just finished reading Edward Klein‘s book, “Blood Feud – the Clintons vs. the Obamas” where the author quotes Valerie Jarrett who – while speaking to President Obama – tells him in no uncertain terms he needed to get back to being the president that helps the poor and the middle class. She said this months ago according to Klein.

I cannot think of a situation where Mr. Obama has even once done something that has turned out to help the poor or middle class. When the federal government is run by leftists, all they know how to do is spend money and create more entitlement programs. These programs do not help people become independent thinkers or people who care about how to extricate themselves off the welfare roles.

Entitlement programs reinforce the victim mentality. This is not to say that it should not be available for people who truly need help from time to time. It means that it should never be used so that it becomes a generational substitute for hard work.

Two things I ask of you, Lord;

do not refuse me before I die:

Keep falsehood and lies far from me;

give me neither poverty nor riches,

but give me only my daily bread.

Otherwise, I may have too much and disown you

Or I may become poor and steal,

and so dishonor the name of my God.

The left has done nothing to engender that type of thinking or responsibility. They teach people to put and keep their hands outstretched, then teach those same people to demand the government fill it.

As it continues with increasing numbers, this country will buckle under that weight and that, my friends, is what the left is hoping will happen.

Fred DeRuvo is the author of numerous articles and a growing number of Name Your Link books related to conservative theology and politics. Fred received his Bachelor’s degree from Philadelphia College of Bible and his Masters from Tyndale Theological Seminary. Fred received his Th.D from Northwestern Theological Seminary in Florida. Listen to Fred’s program and on MPR 105.3 FM in the Philippines. Fred began Study-Grow-Know Ministries several years ago where he fights the scourge of Leftist politics and policies that seem to be gaining a foothold in America. His blogs include Study, Grow, Know and Politically Correct Morass.