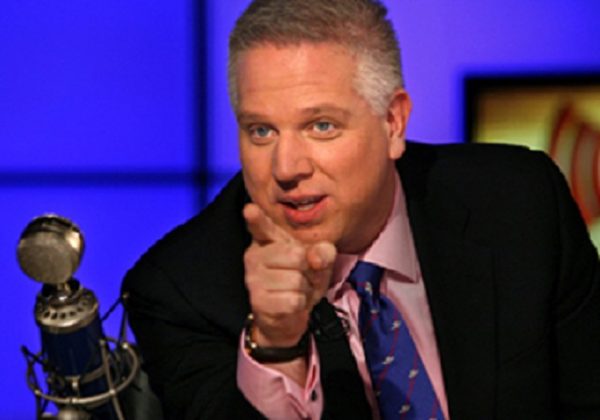 Glenn Beck seems to be reaching out more and more toward the “moderate” mainstream movement of the increasingly politically correct and spineless republican party. He seems to be embracing the bleeding heart liberals and moderates as well in an obvious attempt to grow his audience. He seems to have figured out that there is more money in embracing the clueless masses than in standing tall with the Liberty Movement. Don’t forget that he stood against everything that was happening at the Bundy Ranch as well. When the spotlight is on he will create controversy. That is who Beck is. So once again, Beck is doing what he is best at and garnering publicity for himself.

There is no such thing as bad PR, right Glenn?

So long as people are talking, your brand will grow.

That is simple marketing.

Are these illegal immigrant children victims in a political chess match?

There is no doubt they are. However, where is Mr. Beck when homeless kids are starving in the streets of every major city in the U.S., every single day? Where is he when the spotlight is not on?

You judge a man’s character by what he does when no one is watching and when people ARE watching you must take it all with a grain of salt. The truth is that Beck will likely gain viewers from this public spectacle, rather than lose them.

Nevertheless, in typical Beck-fashion, he has decided to act like he is putting his career on the line, as countless bleeding hearts line up to support him. The Blaze reports:

Glenn Beck on Tuesday announced that he will be bringing tractor-trailers full of food, water, teddy bears and soccer balls to McAllen, Texas on July 19 as a way to help care for some of the roughly 60,000 underage refugees who have crossed into America illegally in 2014.

Beck said he will be joined by Senator Mike Lee (R-Utah), Congressman Louie Gohmert (R-Texas), and a number of pastors and rabbis.

“Through no fault of their own, they are caught in political crossfire,” Beck said of the children. “And while we continue to put pressure on Washington and change its course of lawlessness, we must also help. It is not either, or. It is both. We have to be active in the political game, and we must open our hearts.”

Beck said that “everybody” told him not to talk about other controversial issues, like the caliphate, in the past, and that he is hearing the same thing about his stance that we must care for the children who have crossed into America illegally.

“Everybody is telling me I’m seeing subscriptions down; I’m seeing Mercury One donations down,” Beck said, growing emotional. “I’m getting violent emails from people who say I’ve ‘betrayed the Republic.’ Whatever. I’ve never taken a position more deadly to my career than this — and I have never, ever taken a position that is more right than this.”

Isn’t that special? It seems Gohmert and Lee are all about the spotlight as well. They will secure more of those “middle of the road” votes in the process.

The truth is that they are all playing the game called “politics.”

It is the hypocrisy that is shameful. Where are these men when the soup kitchen opens in your home town each morning? What did they do to actually stop this from happening in the first place?

How about you shove those soccer balls where the sun doesn’t shine and think about my kids and the kids of so many American families that are hurting?

No one is laying out the red carpet or making a grand spectacle of our plight.

These kids are human beings and if I thought that these people were seeking to help them for the right reasons I might bite my tongue, but I can’t.

We are just seeing more posturing that will serve an agenda. They can convince themselves that they are doing the right thing, for the right reasons, all they want. But someone needs to call out that disillusionment.

Where are you when the children of American citizens need help?

We can not afford these kids and the much more charitable thing for you to do would be to put them on a bus and take them home.

What is really happening here is that more and more political players are using this “humanitarian” angle to drive the country further and further toward acceptance of amnesty and socialist policies. This is not much different than Obama parading kids out after Sandy Hook and using them as pawns to pull at our heartstrings. I would bet that Mike Lee, Louie Gohmert and Glenn Beck were all critical of that production.

Now the shoe is on the other foot.

Don’t listen to what they say.

Watch what they do.

Just for the record, I am big fan of both Gohmert and Lee. I think they are two of our top 15, or so, in Washington. I also appreciate the tremendous contributions of Beck when he is on our side. But in this case I think all three are sending the wrong message.