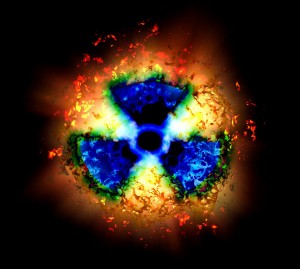 Reuters are reporting that they have seen a letter sent from the Iraq Envoy to the United Nations stating that ISIS rebels have seized 88 pounds (40kg) of nuclear material from the research department at Mosul University some 250 miles north-west of Baghdad.

“Terrorist groups have seized control of nuclear material at the sites that came out of the control of the state,” Ambassador Mohamed Ali Alhakim said in the letter.

“These nuclear materials, despite the limited amounts mentioned, can enable terrorist groups, with the availability of the required expertise, to use it separately or in combination with other materials in its terrorist acts,”

“Terrorist groups have seized control of nuclear material at the sites that came out of the control of the state,” he added.

The warning comes just a day after Iraqi officials confirmed that the Sunni rebels had control of a disused chemical weapons facility that was full of discarded rockets containing sarin gas and other deadly nerve agents.

Now, those are the facts as reported by the mainstream media, and I’m in no position to know if those facts are true or not. What I want you to do is take a step back for a moment. The fact that you are reading this on The Daily Sheeple indicates that you are aware that something is afoot. That our government and other governments in The West do not have your best interests at heart.

It seems to me that every time something goes majorly awry in the United States, such as the outcry over immigration, the government not succeeding in their plans for personal arms control etc, that a new, ‘credible’ threat emerges from the east that requires more of our liberties to be taken away in order to protect us.

A good example of how the UK is dealing with the ‘new’ threats can be read in the article UK government covertly moves to legalise mass data storage.

While you are taking that step back, think about exchanging places with the ‘rebels’ in Iraq. With their widespread tentacles and access to the internet would you, if you were in their place, not be boasting about your achievements?

I know for sure I would be. I would have pictures posted all over of me with rockets, me with containers displaying the radiation warning signs. I would be bigging it up to the nth degree in order to strike fear into the hearts of as many people as possible. I would be threatening nuclear armageddon via dirty bombs and atrocities that would make the Aum Shinriko Tokyo subway attack pale into insignificance.

In building my Islamic State I would want the entire world to know that I, and my followers were people to be taken seriously, that we have the manpower and resources to be a contender on the world stage. I would be announcing, even if it wasn’t true, that we had a way of smuggling said materials across international borders, and that we intended to wreak havoc across the countries of our enemies.

Instead, we have heard nothing. No bragging, no threats, nothing, and I can’t work out why.

I’m not saying that Iraq is a nice peaceful place and the problems in Iraq are fake. I am saying that we have been duped, cheated out of, and downright robbed of so many of our rights that I really wonder if this is once again a case of ‘never letting a crisis go to waste’. That the insurgency is being used by Washington, London et al to impose restrictions on us, in the name of national security, that none of the governments would have been able to implement without the current volatility in the Middle East.