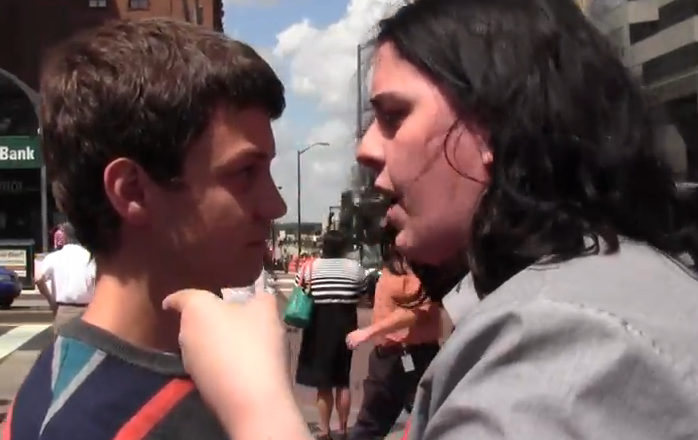 Irate feminist: “What you are is a racist motherf**ker as well” 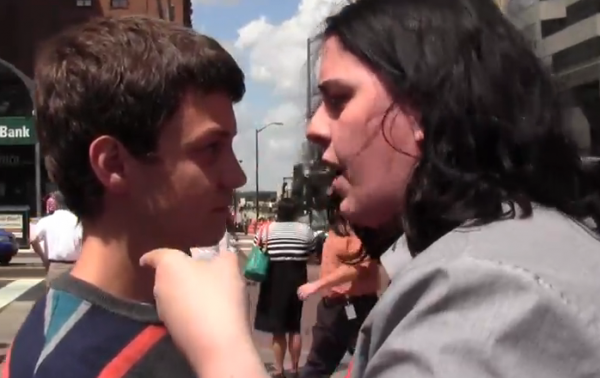 If the pro-choice crowd were looking for a poster child, the woman in this clip certainly isn’t it. A video shows a crazed abortion advocate physically and verbally attacking peaceful pro-lifers in downtown Columbus, OH.