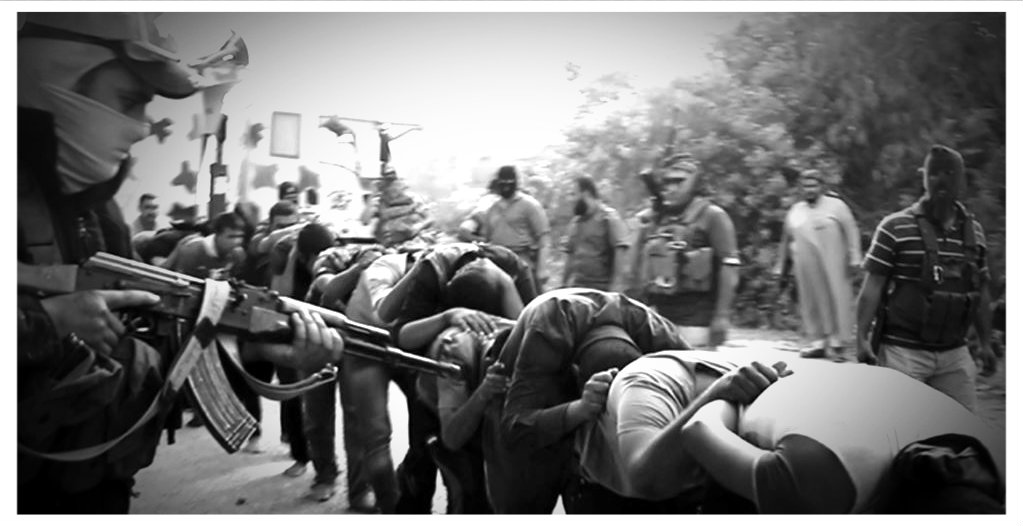 Obama supported these devout Muslims in Syria. He provided lethal weapons to the “opposition.” ISIS is the opposition. He pulled our troops out of Iraq. The spread of evil is the symptom of a vacuum. Obama created that vacuum. We are witnessing the disastrous fallout of his moral failure.

Spokesman for radical jihadi group says the time is not right for a confrontation with Israel.

The Islamic State, or ISIS, has responded to critics who have questioned why its leader Abu Bakr al-Baghdadi is not actively supporting Hamas in fighting Israel.

After capturing vast swathes of Iraq and Syria, ISIS declared the regions under its control as a “Caliphate”, or Islamic state, and appointed Baghdadi as “leader of the Muslims”. While many jihadists celebrated the announcement, others – including Al Qaeda, which ISIS broke off from last year – have criticized the move for a variety of reasons.

Since the recent escalation between Israel and Islamist terrorists in Gaza, some of those critics have questioned why a self-declared “Caliphate” is not rushing to the aid of Muslims in the Hamas-controlled territory.

In a statement a spokesperson for the group, Nidal Nuseiri reaffirmed that conquering “Bayt el-Maqdis” (Jerusalem) and destroying the State of Israel is central to the group’s “jihad”, or holy war.

However, he pointed out that ISIS has been taking a systematic approach in its campaign, and outlined six specific stages it said needed to be fulfilled before taking on Israel.

Some of those “stages” – building a firm base for an Islamic state in Iraq, and using it as a springboard to wage war in Syria and Lebanon – have already been achieved. But he said a number of other criteria still needed to be fulfilled before challenging Israel directly.

Among them, Nuseiri said that the US – seen as Israel’s greatest ally – needed to be weakened politically and economically via attacks on the American mainland, as well as US interests in Muslim countries. Additionally, the existing “Islamic State” needed to expand its borders to cover all of “Greater Syria” (which would include Iraq, Syria, Lebanon, Jordan and possibly Gaza); such a state, he said, would then be in a position for a direct confrontation with Israel.