We hear so much about our lawless President bypassing Congress at every step to get what he wants through Executive Order. However, just how lawful are most of these Executive Orders?

As it turns out, an Executive Order can be signed without the approval of Congress on many issues, but Executive Orders themselves cannot create a new law, which would either be in conflict with or completely override any existing law.

A prime example of an Executive Order that would be illegal and not worth the paper it was written on is one President Obama has threatened to sign, giving amnesty to millions of illegal aliens. In this case, the Executive Order would in itself be illegal because it would violate existing Federal law which requires us to enforce immigration standards already on the books, even though the Federal government has refused to adhere to them.

Another example is The National Defense Authorization Act “NDAA,” which basically authorizes the use of the military in detaining anyone indefinitely and yes, even shooting American citizens who do not cooperate with authorities when being arrested. The NDAA was signed into law via Executive Order by President Obama 12/2011. Since NDAA clearly violates the civil liberties of American citizens, it too is not an Executive Order law that is enforceable.

Since taking office, President Obama has virtually made himself a supreme Dictator of the US through countless Executive Orders. He now has complete control of all industry, resources and infrastructure of the US, giving himself the authority to seize every aspect of the country from utilities to natural resources.

Since the law doesn’t allow Executive Orders that violate existing laws on the books, many of these Executive Orders signed by the President are in reality, simply useless pieces of paper under the Constitution.

Since 9-11, both former President George W. Bush and current President Barack H. Obama have continuously resigned a bill, keeping the country in a state of emergency.

In doing so, it is the belief that the Executive branch can supersede existing law. However, we must ask ourselves, just how lawful is keeping the country under a state of emergency when clearly the threat is not there anymore? Even though the President can use the Executive branch to implement unconstitutional laws without the consent of Congress during times of National Emergency, which is how both Bush and Obama have gotten away with being Dictators who rule over the American people, rather than being Presidents who govern according to the rule of law, the act of keeping the US in a state of emergency for over a decade is in itself illegal.

We can see for ourselves by the actions of the Federal government, just during the Obama Administration that our government out of control, and at the same time only interested in scrutinizing American citizens, rather than having concerns for protecting us from terrorism.

This is clearly the case in the massive domestic surveillance on US citizens by the NSA, CIA and other branches of clandestine operations who devote all their time to keeping tabs on us. The TSA Gestapo pats us down, screens us in the nude, goes through our luggage, checks our ID, steals from us and in some cases, actually strip searches some before we can board a flight, domestic or international. This is clearly unnecessary since basically only American citizens are the ones being subjected to this, as well as the fact that many flights coming into the US from other countries have not had to endure the NAZI like airport checks. Even Israel, as security-minded as they are, have much more lax boarding procedures.

The Department of Homeland Security has long outlived its purpose of keeping us safe from international terrorist threats since it is now only used to monitor domestic threats such as keeping an eye on all American veterans whom they see as threats since most of them are Patriots. The DHS also monitors all who believe in the American Constitution as the rule of law since they are considered threats to the current Socialistic idealism in Washington.

In reality, we have a Federal government that thinks it doesn’t have to obey the laws according to the Constitution, simply based on the act of keeping the country in a State of Emergency. Since the emergency really doesn’t exist, we can assume the constant State of Emergency is only a political tool used to expand Tyranny, having nothing to do with protection from terrorism.

The one thing we must realize is all the security measures the Feds dictate to us is geared directly at scrutinizing American citizens, having nothing to do with international terrorism. The time has come for some real changes in Washington such as dissolving the DHS, since it does nothing but act as a police force against American citizens. Then it acts as a conduit for bringing millions of Illegal Aliens into the US and relocating them in what amounts to concentration camps across the country. DHS does nothing regarding any international threat that both the FBI and CIA could not handle.

The TSA needs to be disbanded and replaced with a simple computer check of all prospective passengers who want to buy tickets for both domestic and international flights. The current ridiculous TSA checks made before boarding a plane can be replaced with a simple walk through scan as well as an X-RAY ray of all baggage. This could easily be done with the cooperation of airport officials and city police, eliminating the need for TSA at all. 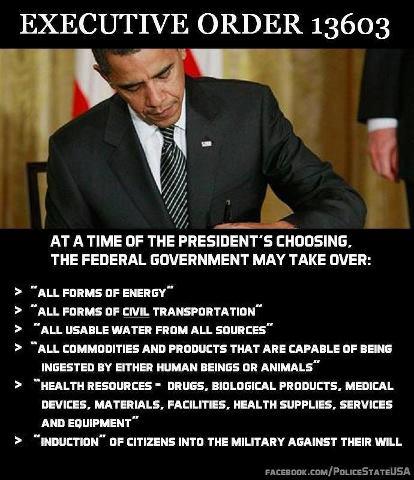