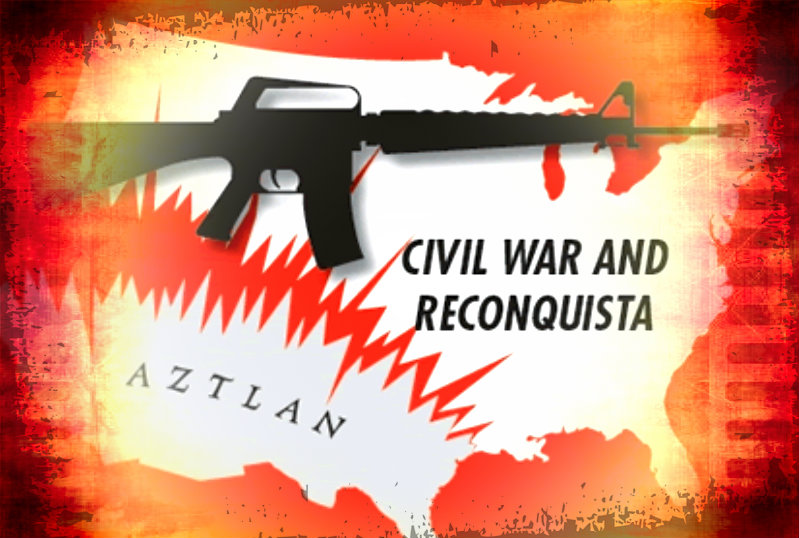 “If Congress will not do their jobs, at least we can do ours.”

President Obama announced on June 30th that he would take unilateral action to revamp American immigration policies after being told that House Republicans will not pass legislation addressing the issue this year.

Actually the President has already taken action as he has opened the floodgates at the border and America is being overrun by illegal aliens. Some of the people overrunning the country are hard-working people who will not detract from our way of life. This article is not about them. This article is about the people who are diseased and virus ridden and pose a provable health threat to the citizens of this country as evidenced by the fact that the Border Patrol has contracted scabies, drug resistant TB and bacterial pneumonia. Some of the people crossing our border are violent gangsters posing as children. And some of the people are terrorists posing as immigrants. The last two groups concern me greatly and nothing is being done! This has all been documented in previous articles published since June 30th on this website. A bibliographical list will be presented at the end of this article for reference purposes.

Why Did Obama Open the Borders and Expose America to Egregious Dangers?

Can you name even one thing that this president has done to improve the lives of the working class and middle class in this country? Can’t you at least name one thing? …

There is nothing that Obama has done to improve the lives of the citizens of our country, except for pandering to the super elite.

Once you wrap your mind around the fact that Obama has never been about helping the American people, one has to ask, what is he truly up to? President Obama is doing his best to undermine this country, its values and ultimately its sovereignty.

What Obama is referring to in particular with regard to fixing the immigration issue, and he wants to do it totally on his own terms, is to legitimize the present invasion of the United States. Senate Bill 744, passed in the Senate in June of 2013,  then stalled in the House of Representatives. Therefore, Obama has vowed to “fix” this problem in his own way.

One has to look no further than S. 744, sponsored by John McCain at the behest of President Obama, to realize that the passage of this bill would have meant the end of a sovereign America. And now, Obama is promising to accomplish the same with the stroke of his Executive Order (EO) pen. Just what will that mean for the American people when Obama takes the law into his hands?

Perhaps America’s greatest domestic strength lies in taking in immigrants and assimilating them into our country as Americans. However, what Obama wants and is in the midst of doing is nowhere near what we bargained for as a nation. There are two groups who have repeatedly called for the seizure of several states and make them into an independent country, and these two groups are La Raza and MEChA. The concept of Aztlan has been sanctioned by the UN. This is the same UN that is transporting military grade vehicles within the United States.

These groups have historically taught that Colorado, California, Arizona, Texas, Utah, New Mexico, Oregon and parts of Washington State make up an area known as “Aztlan”, a fictional ancestral homeland of the Aztecs before Europeans arrived in North America.

MEChA’s  founding principles are contained in these words in “El Plan Espiritual de Aztlan” (The Spiritual Plan for Aztlan):

“In the spirit of a new people that is conscious not only of its proud historical heritage but also of the brutal gringo invasion of our territories, we, the Chicano inhabitants and civilizers of the northern land of Aztlan from whence came our forefathers, reclaiming the land of their birth and consecrating the determination of our people of the sun, declare that the call of our blood is our power, our responsibility, and our inevitable destiny. … Aztlan belongs to those who plant the seeds, water the fields, and gather the crops and not to the foreign Europeans. … We are a bronze people with a bronze culture. Before the world, before all of North America, before all our brothers in the bronze continent, we are a nation, we are a union of free pueblos, we are Aztlan. For La Raza todo. Fuera de La Raza nada. Chicano is our identity; it defines who we are as people. It rejects the notion that we…should assimilate into the Anglo-American melting pot…Aztlan was the legendary homeland of the Aztecas … It became synonymous with the vast territories of the Southwest, brutally stolen from a Mexican people marginalized and betrayed by the hostile custodians of the Manifest Destiny.” (Statement on University of Oregon MEChA Website, Jan. 3, 2006).

Miguel Perez of the Cal State-Northridge’s MEChA chapter stated: “The ultimate ideology is the liberation of Aztlan. Communism would be closest [to it]. Once Aztlan is established, ethnic cleansing would commence: Non-Chicanos would have to be expelled — opposition groups would be quashed because you have to keep power.”

The National Council of La Raza and its allies in public office make no repudiation of the radical MEChA and its positions. As recently as 2003, La Raza was actively funding MEChA, according to federal tax records. However, since La Raza began to receive federal funds, La Raza has adopted a less militant stand, at least publicly, where they say that they no longer support Reconquista de Aztlan. However, when one examines where proposed federal money was designed to go, under S. 744, and to go in the pockets of La Raza and MEChA, it is impossible to believe that at its core, La Raza does not truly support the concept of Aztlan.

When Obama Says He Will Take Immigration Matters Into His Own Hands, This Is What He Is Talking About

By Executive Order, I expect to see in the very near future the following provisions since S. 744 failed in the House of Representatives and these are the relevant positions:

As if this is not bad enough, this is just the beginning. The immigration bill contained slush funds which will be used to literally and figuratively to divide and conquer the United States. What is contained in this bill is criminal and treason is not a strong enough word to describe this bill..

Under S. 744, there was a secret $300 million dollar slush fund which is earmarked for the pro-immigration group La Raza. This explains why they have softened their rhetoric. The National Council of La Raza, whose former senior official helped draft the so-called bi-partisan Gang of Eight Senate Bill, is in line to collect hundreds of millions of taxpayer money under the more obscure provisions in S. 744.  Obama has allocated $4 billion dollars to go to the border and nobody is saying exactly what the money will be spent for. We might now have our answer.

S. 744 even provided a sizable slush fund for extreme left wing groups in the immigrant serving, advocacy and lobbying business. La Raza asserts that the states of California, Arizona, New Mexico, Texas and even Colorado as well as parts of Nevada should be separated from the United States and become a separate country as the nightmare of Palestine comes to the Southwest. This is an outgrowth of the radical and treasonous views of Reconquista de Atzlan. This is treason and the authors of these provisions of S. 744 should be tried, convicted and imprisoned for treason.

Obama has refused to allow the Border Patrol to bring in personnel capable of providing proper health screenings which would take up to 3 weeks per person. By the way, the incubation period for Ebola is 21 days.

It is also now clear why we are admitting gangsters with terrorist affiliations into our country. I can conclude that Obama is actively participating in Reconquista de Aztlan. If he wasn’t, he would not have advocated for special funding for La Raza and MEChA? He would also close down the border given the circumstances of this new wave of illegal immigrants if he was serious about protecting the United States. Many of these immigrants (MS-13) are clearly seeking to do harm to Americans, not just find a job and assimilate.

I am such a racist that, to date, I have raised $27,000 dollars for the legal defense fund of a five year old boy named Dylan Wesolowski Rodriguez from the improper and illegal seizing of this boy from his mother Monika, by the Virginia CPS. People can take the race card and stuff in their back pocket. This issue is not about race, it is about what people, with what backgrounds, with what goals are we letting into our country.

Pride in one’s own culture and heritage is admirable. The obliteration of national boundaries through illegal activities and the use force is quite another. Yet, this is what Obama is clearly working towards.

The articles listed below contain links which validate all of the statements contained within this article. All of this is hiding in plain sight.