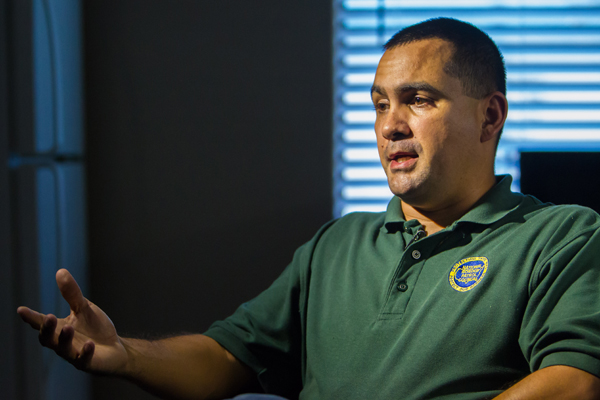 Another Border Patrol Agent is speaking out on the influx of diseases being brought into the United States by illegal aliens crossing the border. Vice President of the Border Patrol Union Chris Cabrera told Fox News host Martha MacCallum, “We’re having a lot of diseases coming in and some we haven’t seen in decades.”

Cabrera said that it’s been hard to see many of the kids coming in after the journey they’ve been on and then on top of that to witness the diseases they are bringing with them. In fact, he reiterated what Ron Zermeno said regarding Border Patrol Agents coming down with many of these diseases themselves, including Scabies. Cabrera said that recently one Border Patrol Agent contracted bacterial pnuemonia, while others were getting head lice.

***Editor’s Note: This is a substitute video featuring Cabrera. The original has now been removed for unknown reasons. Update: 945 AM… I have located another copy of the original. It can not be embedded for some reason, but it can be viewed at Breitbart.com***

When asked what he thinks needs to be done, Cabrera said that there must be “Mandatory detention and mandatory removal which should send a clear message that we are sending you back and we’re not going to let you stay here.”

“Once that happens, then I think the floodgates will stop,” said Cabrera.

When MacCallum asked why Cabrera thought there was a great influx now of foreigners, he said, “I think what we’re looking at is ‘word of mouth’ advertising. People believe that there is a defacto amnesty that if they get here, they’ll be allowed to stay, and they’re exploiting a loophole in the system, and frankly, they are doing it quite well.”

Indeed they are, but it’s more than that. There are the goodies that the Federal government has been pushing, in conjunction with the Mexcian government, at tax payer expense. We have seen how the food stamp program has been advanced to the Hispanic community in Mexico and the US.

While there are many hard working immigrants and Hispanic Americans, there are also many who come to take advantage of the system. It isn’t relegated to Hispanics though, a variety of ethnicities are partaking in social welfare. However, it is documented that the federal government has openly advertised the welfare program to those in Central America, and even Congressmen are acknowledging that Barack Obama is using this to overwhelm the system. Obviously, he’s doing it with the Cloward and Piven strategy for an predicted end result.

Cabrera said that the agents are frustrated with Obama. “We would like to see him come down here and take a first hand look for himself as to what’s going on, the people in the cells. It’s heartbreaking to see some of the things we see down here on a daily basis.”

When MacCullum asked Cabrera why he didn’t think Obama would come, he said he had no idea. Obviously, Obama says he doesn’t want a “photo-op,” which everyone knows is a lie, but the reality is that he isn’t concerned with the situation at all. In fact, the less he does about it, the more the Cloward and Piven strategy works… and, of course, there is that little thing about $3.7 billion in taxpayer money, which won’t be used to do anything about either security or disease.

In contrast, Cabrera said, “Governor Perry is doing a excellent job….He seems to have a clear grasp of what’s going on. He seems to get it and he seems to have some good ideas as to how to fix this issue.”

“The border patrol is trying to play catch up… and we’re having a lot of diseases coming in and some we haven’t seen in decades and we are worried they’ll spread rapidly throughout the United States, especially if they are being released and have the disease.”

Indeed, that is an issue, especially when many of these people are being allowed on commercial airliners and traveling across the US to different points, such as Boston, Murietta and New Mexico, but make no mistake about it, this has all been planned and orchestrated.

When these diseases become epidemics in the US, don’t be surprised when the creature the US funds, the United Nations, steps in and brings the World Health Organization in along with UN “peace keepers,” in order to subdue the American people. Keep in mind my fellow Americans, this was planned.