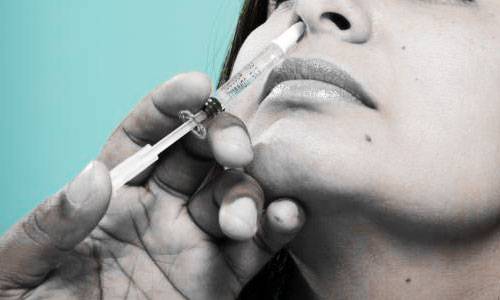 “The border patrol is trying to play catch up and we’re having a lot of diseases coming in and some we haven’t seen in decades,” Chris Cabrera, Border Patrol Union VP told Fox News on Monday. “We had one get bacterial pneumonia a couple days ago,” Cabrera admitted. “A lot of our guys are coming down with scabies or lice.”

This is what’s going on.

Many of these people are being given court dates which everyone in the system and most of America recognize at this point will not be kept or enforced in any way, and then are sent off on their way to…Wherever, USA. They’re being flown around on commercial flights to various U.S. locales. Sick people are not being quarantined from healthy people.

Diseases are coming in and, as it is the nature of disease, those diseases are spreading.

But don’t worry, the establishment media continues to tell us. It’s no cause for alarm.

A claim that flies in the face of reality.

Why did the Obama Administration put a gag order on Customs and Border Patrol?

Why were medical staff at San Antonio’s Lackland Air Force Base reportedly threatened not only with being terminated but arrested if they said anything about the seriousness of the situation? According to Fox News:

A government-contracted security force threatened to arrest doctors and nurses if they divulged any information about the contagion threat at a refugee camp housing illegal alien children at Lackland Air Force Base in San Antonio, Texas, sources say.

The sources went on to impart:

She said children in the camp had measles, scabies, chicken pox and strep throat as well as mental and emotional issues. “It was not a good atmosphere in terms of health,” she said. “I would be talking to children and lice would just be climbing down their hair.”

A former nurse at the camp told me she was horrified by what she saw. “We have so many kids coming in that there was no way to control all of the sickness – all this stuff coming into the country,” she said.

“My sources say Americans should be very concerned about the secrecy of the government camps,” Todd Starnes reported.

Why was Congressman Jim Bridenstine straight up denied access when he went to visit a Health and Human Services facility for unaccompanied alien children at Ft. Sill, Oklahoma on July 1st? Security informed him there would be no visitors, not even a member of Congress could get in. Eventually a supervisor told him he would have to make an appointment and come back July 21st.

“There is no excuse for denying a Federal Representative from Oklahoma access to a federal facility in Oklahoma where unaccompanied children are being held,” the Congressman said.

It totally begs the question — what didn’t they want him to see?

Media outlets are now working overtime to reassure the American public that if you are in any way worried about the influx of airborne diseases, you’re just being silly. You’re obviously “hysterical” and to voice concerns is “fearmongering” in a “shameful tradition” to “stigmatize immigrants,” as The Organic Prepper’s Daisy Luther recently pointed out, complete with example after example.

“Despite confirmed cases of H1N1, measles, scabies, and tuberculosis, you’re just an anti-immigrant bigot if you’re concerned about disease,” she wrote.

One article in particular put out by MSNBC on July 9th, a known-mouthpiece of the establishment agenda, entitled “Vectors or Victims? Docs Slam Rumors That Migrants Carry Disease” actually featured a Texas pediatrician caring for immigrants in McAllen, Texas as saying, “This is not the poorest of the poor kids that we are seeing. In fact, they are what might be described as middle class. They have had medical care. They have been vaccinated.”

So it’s all the “middle class” of illegal immigrants? What the—?

Ah yes, and the outlet was sure to make the point that they’ve all been vaccinated. The story went on to note that many immigrants are actually putting themselves willingly through this harrowing trek across Mexico but still remembering to bring their shot records with them as proof.

The article also quoted Georgia Rep. Phil Gingrey’s letter to the Centers for Disease Control and Prevention in which he worried the situation,  “makes Americans who are not vaccinated — and especially young children and the elderly — particularly susceptible.”

In fact, in an article titled, “Disease Threat From Immigrant Children Wildly Overstated,” the Texas Observer went on to say, “The Central American kids arriving in Texas are likely to be better-vaccinated than children in Texas” and “Fear turns sick kids into a threat.”

So, as all of these immigrants are being assimilated into the general populous, we aren’t supposed to criticize the shoddy handling of this situation or worry about its impact on the nation’s health at all whatsoever. To do so is selfish, hysterical, stigmatizing and fearmongering bigotry.

But rest assured, if any official fearmongering starts really flying about the burgeoning health crisis aspect of this situation, it’ll be coming from the government and establishment media aimed at American families who refuse to vaccinate themselves and their children.

“See? These immigrants are vaccinated,” they’ll say, before pointedly asking, “Are you?”