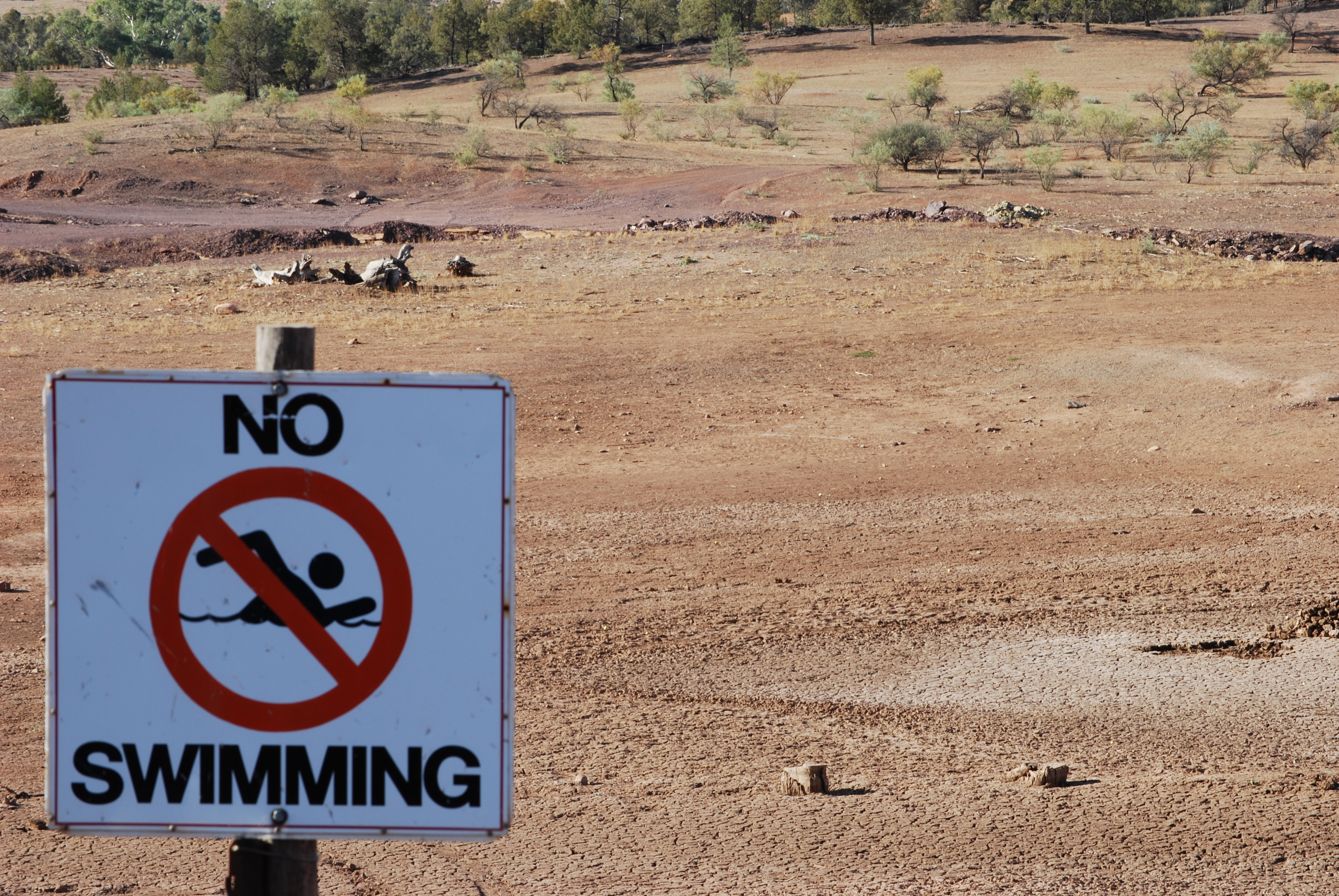 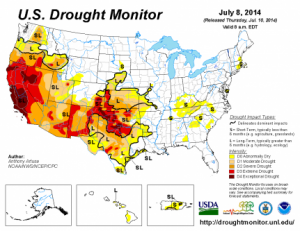 When scientists start using phrases such as “the worst drought” and “as bad as you can imagine” to describe what is going on in the western half of the country, you know that things are bad.  Thanks to an epic drought that never seems to end, we are witnessing the beginning of a water crisis that most people never even dreamed was possible in this day and age.  The state of California is getting ready to ban people from watering their lawns and washing their cars, but if this drought persists we will eventually see far more extreme water conservation measures than that.  And the fact that nearly half of all of the produce in America comes out of the state of California means that ultimately this drought is going to deeply affect all of us.  Food prices have already been rising at an alarming rate, and the longer this drought goes on the higher they will go.   Let us hope and pray that this drought is permanently broken at some point, because otherwise we could very well be entering an era of extreme water rationing, gigantic dust storms and crippling food prices.  The following are 20 signs that the epic drought in the western half of the United States is starting to become apocalyptic…

#1 According to the Los Angeles Times, downtown Los Angeles is now the driest that it has been since records began being kept all the way back in 1877.

#2 The California State Water Resources Control Board says that nearly 50 communities are already on the verge of running out of water.

#3 In a desperate attempt to conserve water, the state of California is considering banning watering lawns and washing cars.  Once implemented, violators will be slapped with a $500 fine for each offense.

#4 It has been reported that a new social media phenomenon known as “drought shaming” has begun in California.  People are taking videos and photos of their neighbors wasting water and posting them to Facebook and Twitter.

#5 Climate scientist Tim Barnett says that the water situation in Las Vegas “is as bad as you can imagine“, and he believes that unless the city “can find a way to get more water from somewhere” it will soon be “out of business”.

#6 The water level in Lake Mead has now fallen to the lowest level since 1937, and it continues to drop at a frightening pace.  You can see some incredible photos of what has happened to Lake Mead right here.

The drought is like a slow spreading cancer across the desert. It’s not like a tornado or a tsunami, bang. The effects are playing out over decades. And as the water situation becomes more dire we are going to start having to talk about the removal of people (from Las Vegas).

#8 In some areas of southern Nevada, officials are actually paying people to remove their lawns in a desperate attempt to conserve water.

#9 According to Accuweather, “more than a decade of drought” along the Colorado River has set up an “impending Southwest water shortage” which could ultimately affect tens of millions of people.

#10 Most people don’t realize this, but the once mighty Colorado River has become so depleted that it no longer runs all the way to the ocean.

#11 Lake Powell is less than half full at this point.

#12 It is being projected that the current drought in California will end up costing the state more than 2 billion dollars this year alone.

#13 Farmers in California are allowing nearly half a million acres to lie fallow this year due to the extreme lack of water.

#14 The lack of produce coming from the state of California will ultimately affect food prices in the entire nation.  Just consider the following statistics from a recent Business Insider article…

California is one of the U.S.’s biggest food producers — responsible for almost half the country’s produce and nuts and 25% of our milk and cream. Eighty percent of the world’s almonds come from the state, and they take an extraordinary amount of water to produce — 1.1 gallons per almond.

#15 As underground aquifers are being relentlessly drained in California, some areas of the San Joaquin Valley are sinking by 11 inches a year.

#16 It is being projected that the Kansas wheat harvest will be the worst that we have seen since 1989.

#17 The extended drought has created ideal conditions for massive dust storms to form.  You can see video of one female reporter bravely reporting from the middle of a massive dust storm in Phoenix right here.

#18 Things are so dry in California right now that people are actually starting to steal water.  For example, one Mendocino County couple recently had 3,000 gallons of water stolen from them.  It was the second time this year that they had been hit.

#19 At the moment, close to 80 percent of the state of California is experiencing either “extreme” or “exceptional” drought.

#20 National Weather Service meteorologist Eric Boldt says that this is “the worst drought we probably have seen in our lifetime“.

Most people just assume that this drought will be temporary, but experts tell us that there have been “megadroughts” throughout history in the western half of the United States that have lasted for more than 100 years.

If we have entered one of those eras, it is going to fundamentally change life in America.

And the frightening thing is that much of the rest of the world is dealing with water scarcity issues right now as well.  In fact, North America is actually in better shape than much of Africa and Asia.  For much more on this, please see my previous article entitled “25 Shocking Facts About The Earth’s Dwindling Water Resources“.

Without plenty of fresh water, modern civilization is not possible.

And right now, the western United States and much of the rest of the world is starting to come to grips with the fact that we could be facing some very serious water shortages in the years ahead.