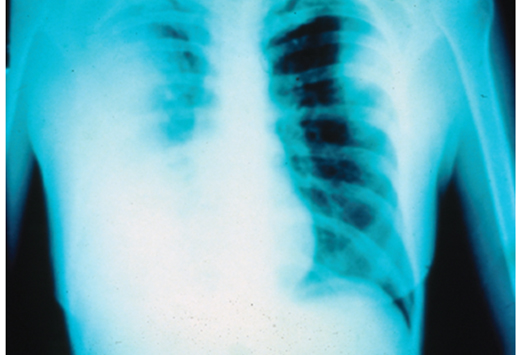 As if worrying about Ebola escaping Africa wasn’t enough Bloomberg is reporting that a Denver man has contracted pneumonic plague.

Jennifer House from the Colorado Department of Public Heath and Environment told Bloomberg:

House said the man has been hospitalized and treated, she wouldn’t release other details about his situation. “He’s on treatment long enough to not be transmissible,” House said in a telephone interview. He may have contracted the illness from his dog, she said, which died suddenly and has also been found to carry the disease.

“We think it’s in our dead animal populations and dead rodent populations.”

Plague in all of its forms infects only about seven people yearly in the U.S. The disease occurs when a bacterium named Yersinia pestis infects the body, according to the U.S. Centers for Disease Control and Prevention. The difference between the pneumonic and bubonic varieties is that the bacteria take hold in the lungs in the first case, rather than underneath the skin through insect bites. Both types are treated with antibiotics.

The state is working “to investigate the source of exposure and to identify those who may have been exposed through close contact with the individual,” the Colorado Department of Public Health and Environment said in its statement. “Any individuals exposed will be recommended for antibiotic treatment.”

I am so pleased that they “don’t think it’s in the air” but I would be far more pleased if they stated, definitively, that it wasn’t.

Editor’s Note: Please read the caption under the picture at the top of the article. I added that photo rather than the one that Chris was using and there is a reason for that. Pneumonic Plague has been at the heart of the bioterrorism and biological weapon discussions for some time. I am not suggesting that bioterrorism is the source by any means but you can not rule anything out until the truth comes forth. Time will tell if more cases develop. -Dean Garrison