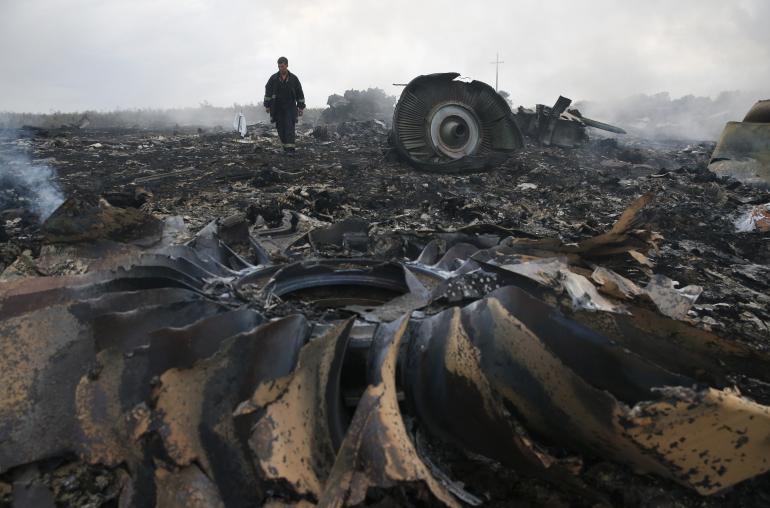 That a second Malaysia flight has been downed in suspicious circumstances is, in my opinion, too much of a coincidence.

I don’t think that the Russians did it.

I don’t think the rebels did it.

I don’t think the Ukrainians did it.

My opinions though won’t stop the blame game, and won’t alter the sequence of events that could quite easily follow the murder of almost 300 civilians.

When the first Malaysian Airline flight went missing somewhere over the Indian Ocean it was concluded that the pilot deliberately took his plane from the planned flight path, never to be seen again when it either landed at a secret location, blew up or just crashed when it ran out of fuel. This time we have the same airline and a plethora of experts saying that the flight shouldn’t have been over Ukraine in the first place as the area was considered dangerous for civilian air traffic. I’m sure this will be expanded upon, or not, in the coming days.

It’s a proven tactic. Try and force the issue, make other countries act while sitting back, holding your apparently clean hands up for all to see.

So neat that a few hours after the crash Israel launches a ground invasion of the Gaza Strip. Israeli forces had been amassing at the border for some days, what were they waiting for, a signal, a sign that all eyes were elsewhere when they finally launched the attack?

Could Israel and the United States be willing partners in this event?

Finally, what about the Christine Lagarde magic number 7 speech?

Maybe I am just overtired…