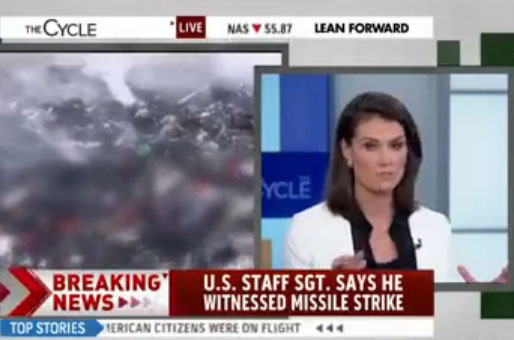 Watch what happened when someone called in to MSNBC’s “The Cycle” reportedly to give eyewitness testimony of the Malaysian plane crash from on the ground in Ukraine to host Krystal Ball (a name which sounds faker than she is).

She seemed to completely miss the punchline when the guy told her the plane was shot down by a “blast of wind from Howard Stern’s ass.”

As per Washington Free Beacon:

Ball appeared to either not hear him or understand the joke about Stern, immediately asking the “sergeant” about his military training and what sort of missile system he thought had taken down the plane.

Ball said afterwards it was clearly “not actually an eyewitness” on the phone.