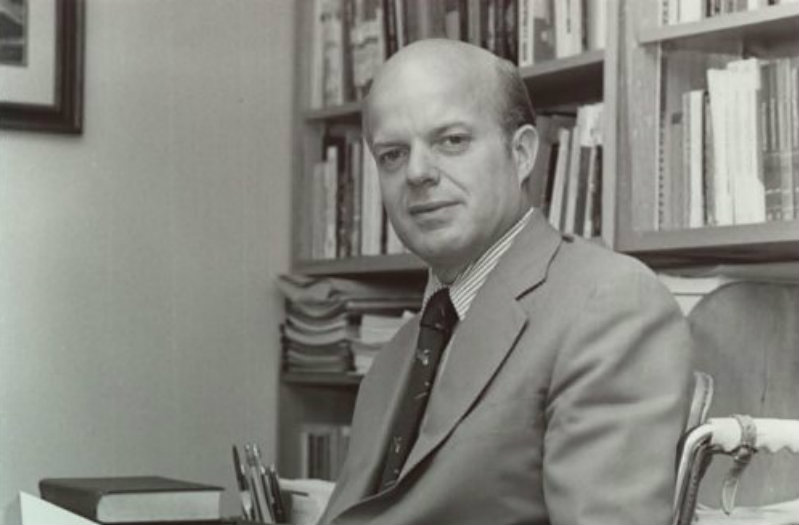 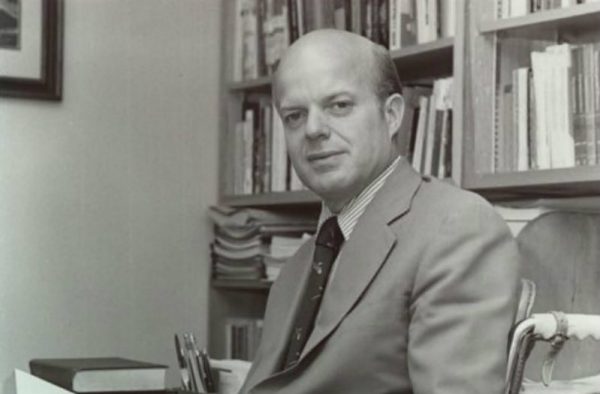 In a scenario that’s been repeated for decades, fresh-faced, dewy-eyed young adults return home from institutions of higher learning transformed like Kafka‘s Gregor into monstrous liberal insects.  No longer having a taste for the milk of traditional values they were raised on, these indoctrinated youth find themselves favoring the rotten food scraps of Progressive ideas. Weaned on revisionist history and radical sociopolitical views, they now see America as the impetus for every injustice in the world.

Over forty years ago, John Porter East wrote a series of opinion articles examining the origins of liberal bias in academia and warning that conservatives lacked the numbers and influence to do anything about it. East was an associate professor of political science at East Carolina University, who later served as Senator from North Carolina from 1981-1986. One article was appropriately titled, “Campus Conservative: Odd Man Out.”

Consider that in 1970, East wrote that American universities already belonged to the “left”:

“It is common knowledge that American college and university faculties tend to be overwhelmingly “liberal” in their political leanings. As noted sociologist Seymour Lipset has written, “Intellectuals, academics…in the United States tend as a group to be disproportionately on the left. They are either liberal Democrats or supporters of left-wing minorities.”

East wrote about a letter he received from COPE (the Committee on Political Education of the AFL-CIO) addressed to every professor in the country that was a member of the American Political Science Association.  Signed by COPE’s national director, it read in part:

“It occurs to me that you might be interested in informing your students of organized labor’s role in politics, particularly those students majoring in political science.  If you would be interested in having a COPE representative address one or several of your classes, may I suggest that you write to me…”

(What better time for organized labor to make the bold move to American campuses? Senator Robert F. Kennedy had recently been assassinated. A notorious foe of organized labor and author of “The Enemy Within,” Kennedy had fought hard to bring down Teamsters President Jimmy Hoffa and expose corruption in labor unions as he unmasked connections to organized crime. So far has the Democratic Party descended into the abyss, that it’s doubtful many of its members would support Kennedy’s efforts today.)

COPE is still in existence today; a huge conglomerated mass of AFL-CIO and SEIU members. Their goal is to make every aspect of politics “union business.”

East put the country on notice that “COPE, knowing the liberal bent of the academic mind, openly seeks access to the classroom.”

Labor union access to classrooms was a consummation devoutly to be wished and easily executed, thanks to previously formed alliances.

Years before, Franklin Roosevelt‘s New Deal Coalition had forged voting blocks, interest groups, labor unions and minorities solidly into the Democratic Party.  With the exception of Dwight Eisenhower‘s Presidency, liberals successfully controlled the political landscape from 1932 until the late 1960’s. Hiding behind changing organizational names or morphing strategies, they kept their stranglehold on American politics and campuses; surviving the presidency of Ronald Reagan, the same way cockroaches survive a nuclear blast – waiting for the dust to settle until they could crawl out of their holes and multiply once again.

Today, the AFL-CIO website outlines a 1999 joint initiative between Jobs with Justice, the United States Student Association, and the Student Labor Action Project (SLAP). SLAP “engages student activists with economic justice campaigns in their communities and campuses.” According the AFL-CIO website, “SLAP organizes more than 150 campuses during the National Student Week of Labor. Across the country, students hold hundreds of events to celebrate the lives of Cesar Chavez and Dr. Martin Luther King Jr. and build solidarity between students and workers.” Not surprisingly, they spend a lot of time “talking about the parallels between campus and community organizing.” In short, they are grooming thousands of young Barack Obama’s to continue infiltrating our businesses, media, court system, entertainment industry and political offices.

Even as far back as 1968, liberals were one step ahead of conservatives in targeting college campuses. So efficiently organized were they, East explained, that, as a political science professor, he received tons of mailings from liberal organizations:

Underscoring this liberal-left dominance is…the material I receive as a professor of political science. Obviously, the senders, after obtaining lists of college and university faculties from various sources, mail out the material on the valid assumption that the recipients would be of a liberal-left persuasion.

One notable piece of mail he received was a letter from the National Committee for Effective Congress during the 1968 presidential campaign. East wrote:

In the letter…I was urged to send my contribution “today” because…such senators as Fulbright, Church, Morse, McGovern and Nelson could go down before racists, isolationists (sic), cops and bomb zealots, or at best stand pat nonentities…I was warned that unless contributions were made, I could expect to see “drum beating war candidates” and “extreme right wing organizations” gain a “stranglehold on all important legislation.”  The letter was tailor made for the liberal mind that dominates academe.

Is it any wonder that 45 years later, during live coverage of the Boston Marathon bombings, a CNN analyst suggested “right-wing extremists” could be behind the attack? Or that racism is still being used as a weapon against conservatives? In a premeditated move to condition and mislead the masses, the year 1968 saw liberals labeling conservatives “bomb zealots” and “racists” — a year before Bill Ayers and the Weather Underground were conducting a bombing campaign on police stations, the U.S. Capitol and the Pentagon. Later, Ayers had the right idea when he moved his radical ideology where he could inflict the greatest harm to the greatest number of people – in education reform and curriculum. Under an article discussing Megyn Kelly’s recent interview with Bill Ayers on Fox News, someone commented, “It is…outrageous that these terrorists are now teaching our kids in colleges and universities!” Kelly’s show illuminated what is happening on our campuses, but we have a long row to hoe and a long history of indoctrination to counteract.

John Porter East warned us, in 1970, that we were already losing the youth of America. He said he had only skimmed the surface of the large amount of liberal mailings he received as a professor; pointing out that similar mailings were not sent out to promote conservative views primarily because they knew they had no market.

East lamented that conservatives themselves were to blame for not choosing career paths in the teaching profession; instead getting caught up “in their frenzied lives of maintaining and servicing the American industrial, technological apparatus.”  He explained that the reading habits of regular working class conservatives didn’t extend far beyond The Wall Street Journal or U.S. News and World Report.  While they may have known about William F. Buckley Jr. and Milton Friedman, he argued they were not familiar enough with their own professed ideology to successfully defend it against the constant barrage of liberal propaganda.

He was right. We are a few decades too late to weed out the deep rooted, well fertilized, bumper crops of liberals that have been harvested lo these many years. After harvesting, they were marinated in Communism and Socialism while a healthy portion of “blame America first” was served on the side.

The Obama administration’s blatant apathy in its handling of internal and external threats against this country and its citizens, along with its constant scramble to whitewash terrorism, will continue unhampered. And while impeachment may be the morally right thing to do, we will remain impotent to fight foreign or domestic threats so long as our universities continue to train an army of community organizers eager to bring America to her knees; an army that demands America asks forgiveness of the world: Forgiveness for her morality, religious convictions, generosity, ingenuity, and prosperity; forgiveness for her success; and forgiveness — ultimately — for her existence.

Susan D. Harris can be reached at http://susandharris.com/