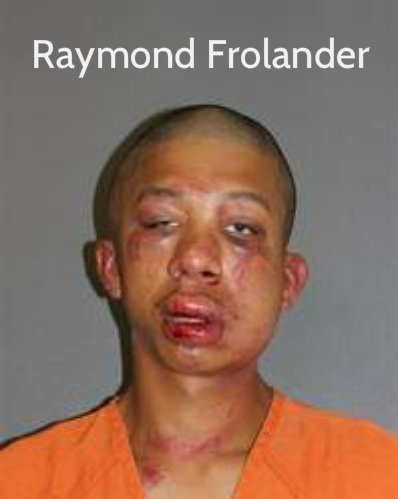 Here’s a beating we can all get behind.

A Daytona Beach, Florida father walked in on a horrifying scene. An 18 year old man was sexually abusing his 11 year old son. “He stood up and his pants were around his ankles and nothing else needed to be said,” the father told the dispatcher during the subsequent 911 call.

The 35 year old father, who has not been publicly identified to protect the privacy of the child, proceeded to beat the daylights out of the molester, Raymond Frolander. Once Frolander was unconscious, the father made the call to 911.

“I just walked in on a grown man molesting …,” the upset father told a dispatcher. “And I got him in a bloody puddle for you officer.”

Police responding to the Daytona Beach home at 1:07 a.m. Friday after the father called them found Raymond Frolander, 18, of Holly Hill lying motionless on the living room floor. Frolander had several knots on his face and was bleeding from the mouth, an arrest report states.

The 35-year-old unidentified father told police that he walked in on Frolander and interrupted him as Frolander sexually battered the boy, the report states.

Asked by the dispatcher if any weapons were involved, the father said “my foot and my fist.”

“I didn’t proceed to ask him any questions sir,” the father said. “He is nice and knocked out on the floor for you. I drug him out to the living room.”

The father was not charged in Frolander’s beating, police spokesman Jimmie Flynt said.

“Dad was acting like a dad. I don’t see anything we should charge the dad with,” Chitwood said. “You have an 18-year-old who has clearly picked his target, groomed his target and had sex with the victim multiple times.” (source)

The very justified father said to the 911 dispatcher, “Send an ambulance. He is going to need one.” Frolander was treated at Halifax Health Medical Center for cuts, bruises, and swelling.

As it turns out, Frolander was the family’s neighbor, and well-known to the father and son. He had been abusing the boy since the child was 8 years old. Frolander is being held in the Volusia County Branch Jail without bail, on charges of  sexual battery by an 18-year-old on a victim under 12

In case you’re wondering why the father limited himself to merely beating the crap out of Frolander, he said, “I did whatever I got a right to do except I didn’t kill him. You are damn lucky boy that I love my God.”