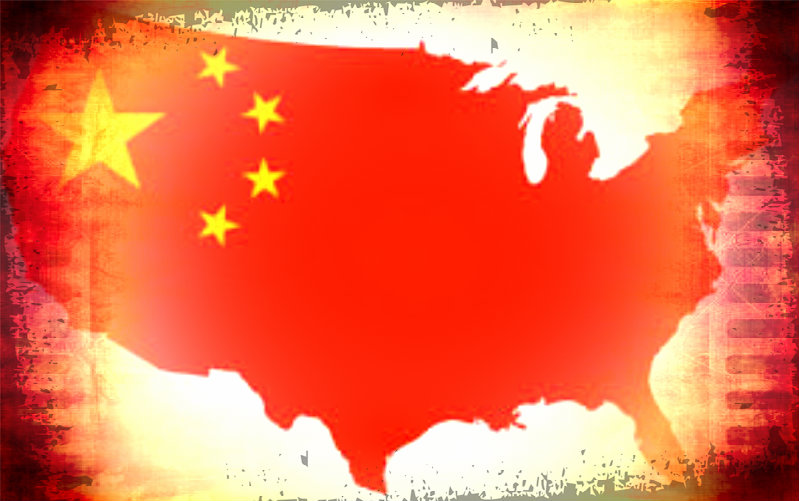 As Chinese President Xi Jinping was visiting South America this week, he announced his desire to build an intercontinental railroad across South America. The railway would span from Peru to Brazil, linking the Pacific and Atlantic Oceans. This would add to the long list of Chinese infrastructure projects in South America, where 15 billion dollars were invested last year alone. And in the Caribbean there are several ongoing projects including, a railway across Honduras, another spanning across Columbia, and a 170 mile canal across Nicaragua that would compete with the Panama Canal.

These investments aren’t just restricted to South America though. The Chinese are buying up housing in Australia by the bushel, and have bought 37 percent of their export minerals this year, up from 5 percent a decade ago. In Afghanistan, billions of dollars have been spent to tap into that country’s vast mineral wealth, just as the U.S. Military is planning its exodus.

And who could forget the alarming increase of Chinese purchases of American property, including housing, agriculture, and otherwise undeveloped land. One small Alabama town is even prepared to give land away to a Chinese company, if they build a manufacturing facility there that will hire the locals. If anything, this could be another factor that has fueled the ridiculous prices in the housing market that I reported on earlier this week. While some may see this as benign, or even beneficial to U.S. markets, there is some potential danger to America’s sovereignty. As reported by Zero Hedge:

To find out where this might lead, look no further than Africa, where China has arguable spent more money in mining and oil rights than any other nation. It’s probably a good thing that the poverty stricken continent is receiving some well needed investments and infrastructure, but it has come with a massive migration of Chinese immigrants. A total of 1 million Chinese live in Africa, up from 100,000 ten years ago. This is a drop in the bucket for Africa, and I’m sure the migration of experienced workers and capital has been quite beneficial to the nations that receive them, but I don’t know how well this will play out in the United States. We already have so many unassimilated immigrants in this country, that it may eventually result in the balkanization and breakup of our nation.

And it will play out very soon. You may recall the push to build a “China City” in Michigan, or the 600 acre Chinese enclave that was set to be built in New York. While I don’t believe China is on the path to “conquering” America through demographic means, there will still be an impact. Sending a million Chinese to the U.S. would be a drop in the bucket for both parties, except that our bucket is already quite full. And that may be the ultimate goal of the most populated nation on earth. Sending a million here and a million there to relieve the population limits of their borders. They certainly haven’t been in the business of taking in immigrants, that’s for sure.

How this will all pan out is anyone’s guess. I don’t think it’ll be the end of the world. So long as U.S. citizens are allowed to build their own enclaves as well, and everyone is given the freedom to associate with whoever they want, I think we’ll get along. America has a long history ethnic based communities that took decades to assimilate. The question is, have we taken on more immigrants than we can naturalize? Time will tell.