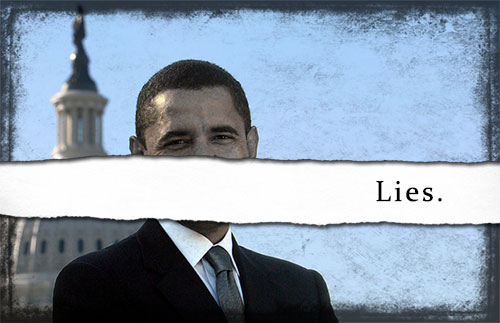 WHY oh WHY is it such big news today that the White House was hiding data and knew about a huge spike in illegal immigrant families from Central America flooding the Texas-Mexico border over a year ago?

Apparently, not only did they know about it, but they even misrepresented the facts, too?

You mean…wait, you mean the government LIED?

The data, which was dumped by the U.S. border patrol late Friday afternoon, shows that inflow of youths and children traveling without parents has doubled since 2013, to 57,525 in the nine months up to July 2014.

But the number of migrants who cross the border in so-called “family units” has spiked five-fold to 55,420, according to the border patrol’s data, which came out amid a storm of news about the shoot-down of a Malaysian aircraft in Ukraine…

In the Rio Grande area where most of the migrants are crossing the border, the number of so-called “unaccompanied children” was actually outnumbered by the inflow by adults, parents and children in “family units,” according to the data.

Well it certainly is a much different picture than the one the White House and many Congresspeople and Senators have tried to paint in the media recently, isn’t it?

Because THE GOVERNMENT LIES.

In fact, if the government makes any official statement at all anymore, it’s sure to be replete with one or more of the following: lies, deceptions, disinformation, omissions, inaccuracies, willful misrepresentation and/or flagrant hyperbole.

These are the official norm. Have been for quite a while.

There is a well-established pattern here on (broken) record, and it’s getting hard to stomach media outlets who muster up the gumption to report on these occurrences as if it’s just such a complete shock that the government got caught, once again, L-Y-I-N-G.

Our government’s representatives lie so often these days, that the lies that come out immediately give people paying attention a painful sense of déjà vu — from past, strikingly similar lies.

In this instance, for example, Obama’s Domestic Policy Adviser Cecilia Muñoz actually went on the record with, “Nobody could have predicted the scale of the increase we saw this year,” according to the Washington Post.

Set the current data find, conveniently released while the nation’s eyes and ears were focused elsewhere, aside for a moment…

Really? No one? No one at all could have ever predicted it?

No one like, say, Lieutenant Colonel Oliver North, who was both National Security Council White House Aide and NSC Liaison to FEMA, who just so happened to author the REX 84 plan? Short for Readiness Exercise 1984, the plan led to the creation of FEMA camps nationwide which were created under the pretext that a “mass exodus” of illegal aliens might cross the Mexico-U.S. border.

Billions have gone into FEMA and into border patrol for this exact purpose…but no one expected it?

It’s like that one time Condoleeza Rice said, “I don’t think anybody could have predicted that these people would take an airplane and slam it into the World Trade Center…” just months after 9/11 happened, even though NORAD had been running those drills for that exact scenario, simulating terrorist hijacking and crashing jets into buildings, including the Twin Towers. In fact, on the morning of 9/11, no less than five drills and war games were being played out, including terrorists hijacking planes (using real planes) and planes crashing into buildings.

So Domestic Policy Adviser Muñoz, who by the way is former Senior Vice President for the Office of Research, Advocacy and Legislation at the National Council of La Raza, said “nobody could have predicted” the scale of the “sudden” immigration spike…

But top officials at the White House and the State Department had been warned repeatedly of the potential for a further explosion in the number of migrant children since the crisis began escalating two years ago, according to former federal officials and others familiar with internal discussions. [emphasis added]

You mean like that one time that our U.S. Ambassador to Libya Christopher Stevens and his team were sending dire warning cables to a multitude of Obama Administration agencies for over a year before the terrorist attack on the consulate (Al Qaeda terrorists, the same ones we funded to help overthrow Gaddafi and, somehow, the same ones that our government says caused 9/11) left Stevens and three other Americans dead…you mean like that kind of “warned repeatedly”?

How can these reporters continue to report on one lie after another like it’s the first lie and not a fat bag overflowing with lie after lie after lie?

Like in this instance, for example. So the White House knew about the immigration crisis for well over a year (never mind the detailed timelines which show that the Obama Administration has been willfully dismantling our immigration laws ever since they came into power)…

Shouldn’t that put a damper on Obama asking Congress to approve $3.7 billion in “emergency” spending (which is partially going to be used to build even more FEMA camps)?

Must not really be that much of an “emergency” if the White House knew it was coming for over a year, right? That’s more like someone standing on a train track screaming “Noooo” at an oncoming train that’s still an hour away, but failing to get off the tracks anyway.

And what of those camps Homeland Security paid Haliburton subsidiary KBR $385 million to build back in 2006? Estimates say that each of the 600 emergency centers could house up to 5,000 people, with a total capacity of at least 400,000…These camps are operational, but instead of using any of them for their supposed intended purpose, the government is directing border patrol to fly immigrants around and let them go, so we can spend hundreds of millions of dollars to…what? That’s right.

But we aren’t even using the ones we have! Unless…unless that’s not what those camps were for in the first place.

Surely that’s not the case. That would mean the government is a bunch of lying liars.