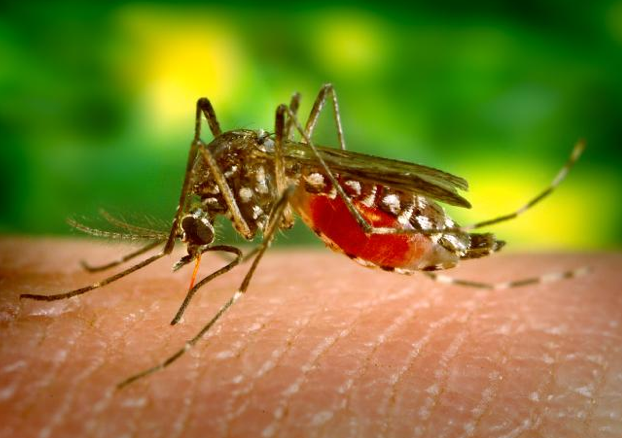 There are a number of outbreaks of mosquito-borne illnesses currently making the rounds in the Continental United States. Among those diseases are the potentially lethal West Nile Virus, a less lethal but extremely serious Chikunyungya threat, and the most serious threat of EEE (Eastern Equine Encephalitis) that is fatal in one-third of reported cases.

EEE has been confirmed in Massachussets. On Saturday WWLP reported:

While Saturday wasn’t too hot or humid, like most of our summer has been, 22News found that our recent weather conditions have contributed to the arrival of a potentially deadly disease in the Bay State.

Mosquitoes: we’ve talked about them for months, and for the first time this year mosquitoes have infected someone in Massachusetts with eastern equine encephalitis, or triple E.

The Massachusetts Department of Health just confirmed that a July 15th laboratory test in Plymouth County has tested positive for EEE, a dangerous virus that can cause inflammation of the brain and in one third of cases, death.

Even though the only reported case of EEE in Massachusetts was more than 80 miles to our east, our chances in western Massachusetts of getting it just went up. But it probably wouldn’t be the mosquitoes bringing it here.

Birds are typically the long range carrier of triple E, taking the disease over many miles. Mosquitoes then bite the birds and become the local source for infection when they bite a human.

The Massuchussets case was previously and erroneously reported as West Nile Virus, which has a more pronounced reputation but is less deadly. West Nile Virus has been found in Tulsa, Oklahoma. KSN reports:

The department operates a mosquito surveillance program and mosquito traps are set in various locations throughout the county. Samples are collected and tested weekly for the virus and areas are sprayed in an effort to control the mosquito population.

Health officials say there have been no human cases of West Nile virus in Tulsa County this year. The only confirmed case of the virus in Oklahoma thus far this year has been in Major County.

There were 84 cases last year – including eight deaths.

The virus is spread through the bite of an infected mosquito. Symptoms include a sudden onset of fever, headache, dizziness, and muscle weakness.

Chikungunya is now confirmed in 30 states and is already an epidemic waiting to happen. However, concerns are escalating due to a recent development. In Florida the first cases of Chikungunya have been reported that did not originate with travelers. This would seem to indicate that mosquitoes carrying the disease are here. Palm Beach Daily reports:

With the first cases of chikungunya fever transmitted within the United States confirmed last week, local mosquito and public health experts are urging residents to take precautions to avoid getting bitten by mosquitoes.

On Thursday, the Florida Department of Health confirmed two locally acquired cases of the viral disease — one in a 41-year-old woman who lives in Miami-Dade County and the other in a 50-year-old man who is a Palm Beach County resident.

The man had not traveled out of the area in the past year, according to Palm Beach County Health Department spokesman Tim O’Connor.

Be careful out there this summer friends. Any of these isolated incidences are larger outbreaks in the making.