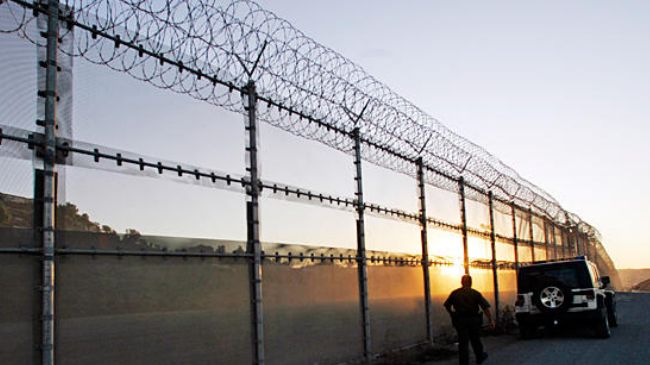 The United Nations High Commissioner for Refugees (UNHRC) has previously met with officials from the U.S., Mexico and various Central American countries on the pretense of labeling the thousands of illegal immigrants as refugees. Indeed, the United Nations is now categorizing the present wave of immigrants as refugees from political and domestic violence that are merely seeking asylum in the United States. By declaring this to be the case, the United Nations is “lawfully” exerting their international power to force the United States to openly take in any and all refugees with welcoming arms, at the expense of the American taxpayer.

Nearly three weeks ago while traveling to San Diego on Interstate 8, I had a chance encounter with a Border Patrol Agent in a convenience store located in Yuma, AZ. I approached him and gave him my business card. I promised the agent complete anonymity with regard to any questions that he would answer. He reluctantly agreed to answer my questions. In response to my questions about the health risks posed by illegal immigrants, he stated that Border Patrol Agents have contracted drug resistant TB, scabies that can carry more serious illnesses and bacteriological pneumonia. As an aside, one of Arizona’s most prominent physicians, Dr. Jane Orient, has been told the same by Border Patrol Agents whistleblowers and she stated so on my show on July 13th.

Some Border Patrol Agents Are “FED” Up

Last night, this same Border Patrol Agent called me at the number on my business card. He stated that he had been reading my articles and that he felt that I was expressing a deep understating of the problem. However, he unequivocally stated my knowledge of UN involvement on the border was significantly outdated and understated.  He stated that “the UN is already here” and he has seen clear evidence that “they are calling the shots on the border”.

This agent claims that he has encountered UN personnel at the detention facilities that he and fellow agents take the illegal immigrants to after arresting them. I asked him how he knew there were UN representatives at the border, he said he saw the proof in the sign-in sheets at the detention centers. Also, he noted that members of the World Health Organization have been in attendance as well. So, Dr. Jane Orient’s fears of a pandemic invasion may indeed be well-founded.

Throughout the course of his duties, the agent has learned that UN personnel are making decisions on which immigrants to send to what location inside of the United States. He said he has seen the UN personnel and DHS agents gathering MS-13 gangsters, captured from different roundups, patch worked together as a group and then shipped together to various locations on the perimeter of the United States. He knows this because some of his colleagues are involved in the transport of these illegal aliens. The agent’s partner, also on the phone, stated that “I objected to admitting MS-13 gangsters into the United States and I was told that we have our orders to treat them like anyone else”.

I asked the agent how he knew these were MS-13 and he said you can tell “by the tattoos”. He recounted the fact that MS-13 operatives will have a tattoo with tears on their face which represents a person that they have murdered in the commission of their drug related duties. He said he processed an MS-13 member who had 9 tears on his face and he was told to process him as an “unaccompanied juvenile refugee”.

Both men stated that while on patrol they encountered a storage area where they found water barrels . Upon closer examination, they discovered discarded drug bags and a hidden cache of weapons (e.g. AK-47′s). They also took four nearby people into custody and called for backup. He said that clearly one of the four detainees was from MS-13.  Eventually, four Border Patrol SUV’s showed up at the scene and were making plans to seize the guns as contraband connected to drug trafficking. When their supervisor arrived on the scene, the seizures were stopped and the agents were ordered from the area. As the agents were departing, they witnessed a civilian open bed pickup truck carrying about a dozen people in civilian clothes being transported to the area. In hindsight, he presumes that these men to be members of the Sinaloa cartel being brought in to secure their arms and other supplies. The agent stated that the stopping of arms seizures and drug seizures is becoming commonplace at the border.

After the event, all of the agents who were present at the scene attended a mandatory briefing in which they were told that they had accidentally uncovered an intelligence operation being conducted by ICE in conjunction with DHS in which they were allowing members of a cartel to operate with impunity in exchange for intelligence information on larger drug shipments.

We’ve Heard This Story Before

Let’s consider the public drug trial of Jesus Vicente Zambada-Niebla and compare the facts of this case to the claims of the two Border Patrol Agents.

“Jesus Vicente Zambada-Niebla, the Sinaloa cartel’s “logistics coordinator” and son of a principal Sinaloa leader, asserted in court documents that Guzman is a U.S. informant and Sinaloa was “given carte blanche to continue to smuggle tons of illicit drugs into Chicago.”

“Niebla also alleged that Operation Fast and Furious was part of an agreement to finance and arm the cartel in exchange for information used to take down its rivals”. The details of the unholy agreement between the DEA and the Sinaloa cartel was that the DEA would allow 80% of all drug shipments into the United States in exchange for intelligence information on the other drug cartels. Why would the DEA want intelligence on the other cartels, yet, they would allow the Sinaloa cartel to continue with their drug operations right under the noses of the DEA? “The agents stated that this arrangement had been approved by high-ranking officials and federal prosecutors,” the Zambada-Niebla lawyer wrote”.

After being extradited to Chicago in February 2010, Zambada-Niebla argued that he was also “immune from arrest or prosecution” because he actively provided information to U.S. federal agents.

Niebla also alleged that Operation Fast and Furious was part of an agreement to finance and arm the cartel in exchange for information used to take down its rivals. This resurfaces the issue that Attorney General Eric Holder knew about the gun-running arrangements in Fast and Furious as we all knew he did.

The preceding paragraphs and the revelations by the two Border Patrol Agents clearly indicated that criminal elements, which resemble the forming of a military unit,  are being strategically placed inside of the country. When I asked what was their best guess as to why MS-13 members are being processed as unaccompanied minors, one of the agents responded  “to protect the drug shipments and provide enough muscle in doing so as to threaten local law enforcement who might interfere with an interdiction operation.” Both agents also said that some of the operations on the American side of the border are so massive, and supported by the Mexican military, that the Border Patrol routinely avoids confrontations because they are outgunned and they are often miles away from backup.

Both agents have now been reassigned away from patrol activities to administrative duties. Their daily tasks consist of processing paperwork for immigrants. They said that all of their unit has been reassigned to clerical duties as well. I asked him who took his place on their patrol activities. He said as far as he knew, nobody has taken their place, thus leaving the border even more wide open than it was before.

Blaine Cooper and I spoke by phone late last night. He was with the Arizona militia on the Texas-Mexico border. Blaine has made several damning videos on his experiences at the border which clearly point to the fact that the border should be closed to all immigration.

Blaine has informed me that after posting damning videos on his Facebook site, which showed that the Border Patrol was standing down as the drug cartels were clearly bringing drugs into the country, his Facebook account was closed and all his published videos are gone as well. Facebook claims that Blaine is using an alias on his account. I know Blaine and Blaine Cooper is his name. Facebook is lying and they wanted an excuse to hide the truth as to what is really going on at the border.

Blaine’s information is not contradicting the Arizona Border Patrol Agents account, it is just a second side of the same coin which will be explained in the next part of this series. Also presented in the next part in this series will be the complicity of Senator Rand Paul in this UN invasion of this country. Further, Congressman Duncan Hunter is involved in Fast and Furious and his actions explain how the local police are being federalized and this fact relates right back to these reported events. And, again, Congressmen Gowdy and Issa are completely negligent, or complicit in this plot as well. It is safe to say that this information is coming faster than I can report it. The bottom line is that this comes down to the fact that our country is in the process of being carved up and turned into a state-sponsored narco-terrorist state just like Mexico.