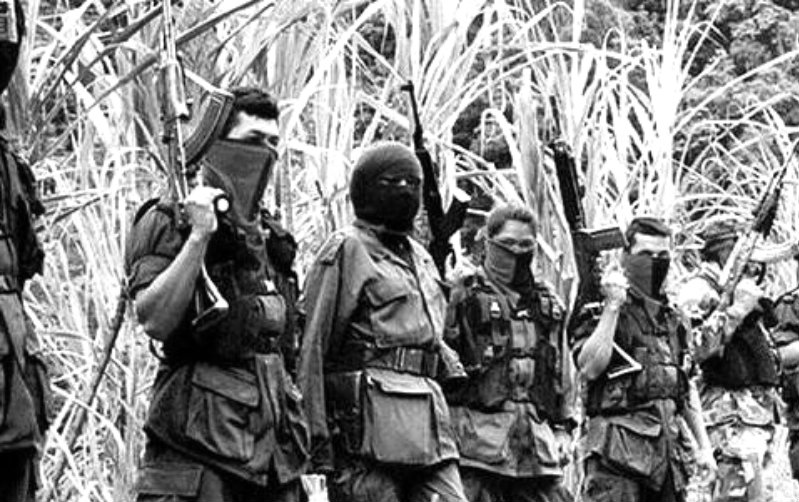 “I don’t know why we’re out here like sitting ducks,” one Border Patrol source said. “We need help.”

WASHINGTON ─ Decomposed bodies of migrant children are washing up on Rio Grande River banks. Some are dying in the desert heat trying to find their way to Houston. South-American born Pope Francis says they need to be protected while U.S. border agents duck high caliber fire from Mexican cartels. Rare tropical diseases are surfacing throughout the U.S. likely due to U.S. government failing to screen migrants for diseases. Of course, decomposing bodies, water, and heat make great disease incubators. Americans are taking to the streets by the thousands in protest.

Welcome to the New American Insurgency. And American tax dollars and laundered drug money are funding it. Cartels cannot exist without help, according to investigative journalist Anabel Hernandez. The author of Narcoland: The Mexican Drug Lords and their Godfathers contends the drug trade is a multi-billion dollar industry funded by international business interests and banks, which blossomed with the assistance of the U.S. government in the Iran Contra affair. Recent reports from Shoebat.com say that the stage for the IRS and Benghazi scandals was set by four U.S. presidents, and the Iran Contra affair forever changed the weapons and drug game. But corruption has a way of rotting everything it touches.

Flash back to the 2008 economic collapse when America, and the world, almost took a nosedive into complete financial meltdown rivaling the 1930′s depression. Something had to be done immediately. Wall Street had to strike deals. But with whom? According to a December 2009 Guardian report, drug cartel money kept America — and the world afloat. Antonio Maria Costa, head of the UN Office on Drugs and Crime, told the Guardian that he saw evidence that the proceeds of organized crime were the “only liquid investment capital” available to some banks on the brink of collapse and the majority of the $352 billion of drug profits was absorbed into the economy as a result. In other words, the credit racket could not sustain itself any longer. “Inter-bank loans were funded by money that originated from the drugs trade and other illegal activities… There were signs that some banks were rescued that way,” he told the Guardian. He said the money is now part of the official system and has been “effectively laundered.”

The U.S. economy, and subsequently the world’s, has barely sustained. China seems to be calling for their debt and U.S. and Pan-American business interests and politicians backed by narco-terrorists have seemingly answered with deals promising land, newfound energy, and mineral rights. U.S. workers are not skilled to work in mines but Pan-American workers of all ages have been doing it for decades. Under a 2008 U.S. anti-trafficking law, children from Central America cannot be turned away at the border but must be given a hearing to determine if they qualify for humanitarian relief. So they have to go somewhere. Many migrants originate from Honduras.

According to reports by the Nation and the Guardian, free trade ala the North American Free Trade Agreement, or NAFTA, and the U.S. clean energy initiatives, the Mexican drug trade fuels free trade and Peru and Honduras are ground zero for both. Someone has to protect cash crops for bio-fuels and drugs and the land on which they are harvested. Inhabitants of those areas must go — somewhere. Cliven Bundy can attest to well.

In Honduras, witnesses have implicated Honduran special forces and the 15th Battalion, which receives training and material support from the U.S., in dozens of human rights violations. They say private security guards regularly patrol and train with U.S. soldiers, in full military uniforms sporting weapons provided by U.S. tax dollars. The 20-year-old Honduran conflict mirrors a wider struggle over land and natural resources across Honduras that for decades has pitted the poor majority against the rich. Honduras became the world’s most violent country outside a war zone in 2011, and it is one of the poorest and most unequal in the Americas. Activists say the use of U.S.-backed state security forces to suppress protests against land grabs, dams, mining and oil concessions has intensified since a 2009 coup according to a January 2009 Guardian report. The US has built up its military presence, with several bases in the country, which has become a major transit point for the international drugs trade. Between 140 and 300 tons of cocaine are believed to pass through Honduras every year en route from South America to the US and beyond.

Peru mirrors Honduras in its troubles.  According to a report by Dave Hodges, a U.S. Drug Enforcement Agency agent said Congressional Oversight committee officials have not moved on damning information he gave them about money laundering and drug trafficking in Peru. They choose instead to quibble over lost emails and call special committees that seemingly go nowhere. Meanwhile, according to an unnamed source, the Federal Bureau of Investigation is requesting billions to fund rebel operations backed by terrorists in Central America and the Middle East.

Amnesty for Drug Lords and MS-13

The State Department currently conducts joint narco-terror training exercises with Justice Department, Bureau of Prisons, and international forces on U.S. soil, which seemingly corroborates citizen reports that say their neighborhoods are being militarized. A joint team of correction officials from Stark County Ohio and Trinidad and Tobago participated in a mock prison riot in Moundsville, West Virginia.The State Department supported the participation of the team from Trinidad and Tobago.

As I previously reported in WND, House Republicans grilled DHS Chief Jeh Johnson for answers about why President Obama signed off last year on “the worst prison break in U.S. history,” which released 36,000 criminal immigrants into U.S. neighborhoods, including many violent offenders. “We’ve had testimony before this committee that violent criminal gangs are a major problem in the United States. And some of those gangs, such as MS-13, one of the most violent, we’ve had testimony – that as many as two-thirds of their members were here illegally,” Rep. Randy, R-Va., said.

United Nations trucks were reported in several media outlets recently causing many Americans to wonder what the U.S. is preparing for and whether UN troops will be on U.S. soil soon. Drug lords from MS-13 and other cartels are notorious for mass murder, slaughter, and can easily be used to protect foreign interests in U.S. energy resources and land for the coming marijuana cash cow and mining. Solar energy zones have been created in the U.S. similar to those in Central America. American militias are poised and ready to protect U.S. citizens. And the protests are just beginning in what many are calling the Summer of Fear. Talk of revolution is in the air and Americans are drawing lines.