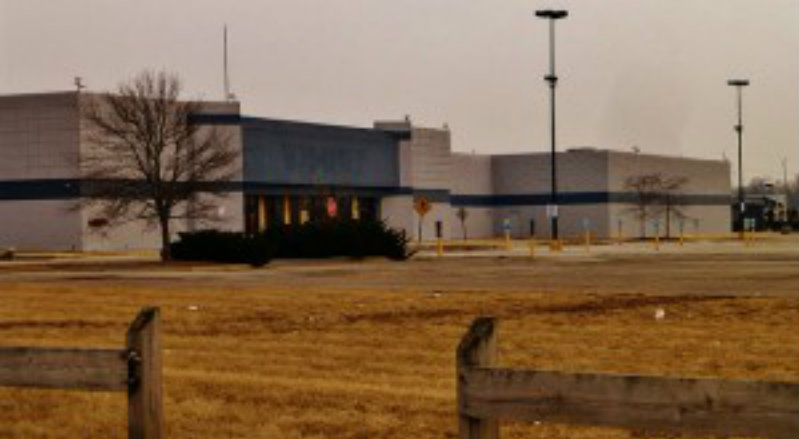 (INTELLIHUB) — As you may know, I recently reported that the Department of Defense along with the Federal Emergency Management Agency has plans to house illegal migrants in unused airport hangars and is currently housing them in camps on various military installations across the country.

Now, shockingly, under DoD authorization, FEMA is also planning to use abandon or unused department stores, shopping malls and warehouses as camps to accommodate the mass human influx from South America.

In recent weeks, FEMA representatives have sent mass emails to advocacy networks throughout the country soliciting potential detention facilities and offering guidelines for acceptable spaces. The guidelines include being “Within 50 miles of major city (Pop ~200K)/airport; available for lease; able to be fenced or have adequate security.” Showers and toilets are preferable, according to the guidelines, but not necessary—so long as there is outdoor space for “staging areas for shower/restroom/laundry/kitchen trailers, etc.” Also preferred but not necessary, according to the email, is a kitchen, a cafeteria, recreational space, and classroom space. Suggestions for potentially workable locations? “Office space, warehouse, big box store, shopping mall with interior concourse, event venues, hotel or dorms, aircraft hangers”—provided that they are vacant and able to be leased.

Since the failures of Hurricane Katrina, faith in FEMA to adequately respond to large-scale crisis situations has remained shaky at best. These pleas for empty big box stores do not restore much confidence. According to a press statement from the American Red Cross, at the “urgent request of the federal government,” the Red Cross is providing “blankets and hygiene kits to U.S. Customs and Border Protection in Texas, and is providing assistance in Nogales, Arizona, with contacting and placing phone calls to the children’s families.” Red Cross representatives declined to comment about whether the organization is able, or would like to, offer more assistance to FEMA—such as setting up emergency tent shelters along the border, like they do in disaster zones around the globe, while FEMA secures indoor facilities.

Before now it was only a conspiracy theory that large box stores such as Wal-Marts would be used as FEMA camps. In fact, a thread posted on Above Top Secret, Jan. 17, 2008, titled “Is the government and Walmart working together to build detention centers?”, questions just that. An excerpt from the thread reads:

I started thinking the other day about the theories out there about the government building detention centers to hold citizens who might cause trouble when martial law is declared. I then remembered seeing something about Wal-Mart closing down stores. I started to search around and have decided that there might be a possibility that these ideas are tied together. These are old figures but should be enough to get the discussion going.

CNN Money back on May 24, 2004 had an article about a watchdog group reporting Wal-Mart had received about 1 Billion dollars in government subsidies to expand their business, building stores, buying property and such.

That is a decent amount of money that Wal-Mart is getting to increase the number of stores across the country.

Wal-Mart also has a habit of closing down stores and then building new stores in other cities and towns. They still own these closed stores and usually put them up for lease or sale but very few actually get leased or sold because they are too big and cost too much for most businesses to use. On average as of March 2005 Wal-Mart had about 350 empty stores across the U.S with a combined total area of about 26.7 million sq ft.

Interestingly, the author speculated on such a dastardly plan back in 2008.

Now in 2014, some speculate the White House may have already activated REX84, also known as Readiness Exercise 1984, under protocol or Executive Order, which was put into place during the Reagan Administration in the event a mass influx from the southern border were to occur.

Moreover, I myself speculate that the “influx” facade may be the actual White House/DoD protocol for rolling out full-blown concentration camps for use on American citizens during coming civil unrest, paralleling the collapsing U.S. dollar.

The bottom line is that the White House simply would not start manning full-on concentration camps without a good cover story that most of the sheeple in this country could buy. In fact, this all follows lockstep with the Obama Administrations plan as the U.S. government has already been caught red-handed shipping in the migrants via bus. All of this to provide a cover story, hiding the true reason the camps are being activated for — those who will resist.