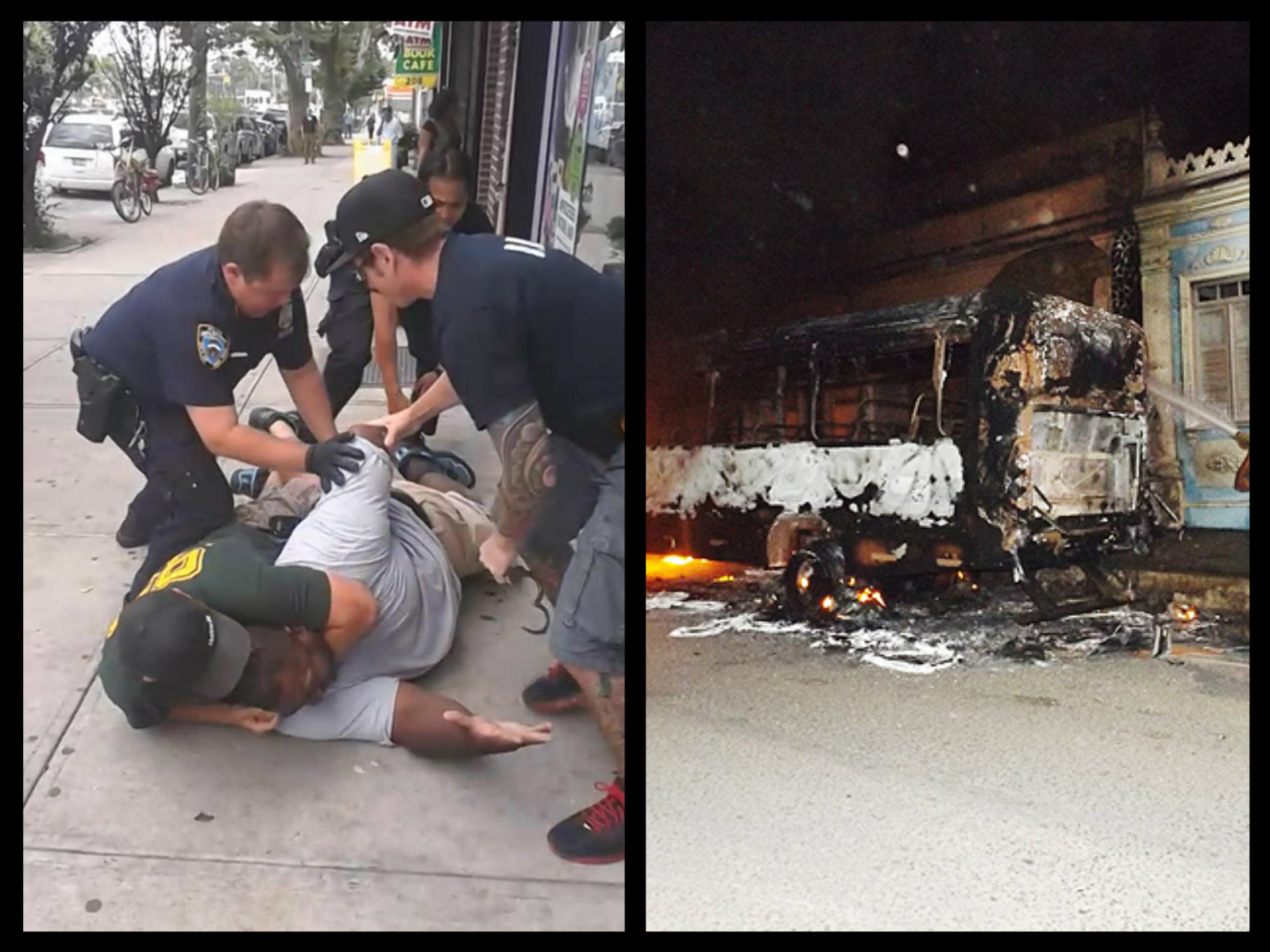 In the city of Amargosa in Brazil, citizens took to the streets after a stray bullet fire by a local police officer struck and killed a one-year-old girl. But they didn’t stay in the streets. They quickly took the police station, freeing prisoners, jacking state-owned weaponry and burning the station and police vehicles to the ground.

In the end, no one was seriously harmed and the message was sent: We won’t accept your institution’s “collateral damage” any longer. We are taking it, we are burning it, we are taking the weapons of the police for ourselves. Eventually, this “riot” was quelled by neighboring police forces, but in the Battle of Amargosa 16th of July 2014, the victors were the citizens. And what of the state officials most likely to face the wrath of these fierce, enraged individuals? Like the cowards they are, they held up inside a local hotel. Take note,

No riots occurred that day. Passersby did thought of their self-preservation and looked the other way. No agitators, no dissent . Just another dead black man on the New York City streets … only this time with a video. With the power of these images, of Garner’s last cries for mercy, the proud American people who value independence so highly were capable of summoning an Internet outrage. I even hear that Al Sharpton is involved. As of now Daniel Pantaleo, the officer who initiated the chokehold, has been relieved of his gun and sentenced to the harsh world of desk work. Meanwhile a few miles away, a mother and six children deal with the sadness, the horror and confusion of having their husband and father taken from them.

One might object to a comparison between these situations. The Amargosa police department has four patrolling officers, the NYPD thousands. The weaponry of the Amargosa police department is meager, that of NYPD military-grade. Surely the best way to remember Garner is the slow burn of policy change, of educating a mass movement which is uncooperative with the police, of anything but immediate and direct response.

I might have to forlornly agree with you, that any thought of a battle with the NYPD is doomed from the start. But make no mistake, to be radical on this matter is to encourage a spirit of rebellion like that of Amargosa. Violence and conflict is inevitable on the scale of the individual, the community, city and country. There will not be a true movement against police until we’re ready to assert the value of our loved ones’ lives over those the claims of cops, whose daily plots always involve harassing you and treating you as hostile until proven otherwise.

It’s time we treat the police with the same hostility they treat us with – and more! It is time to end them. It is always time to end your subjugation – by any means necessary. Amargosa’s people understood this. They may have been up against a less imposing department of uniformed killers, but they still faced death and imprisonment and chose to act rather to write angry letters. It took community, it took anger, it took a disregard for the safety or dignity of officers as equals. They are not equals. As is becoming ever more clear, modern police departments in America and around the world are occupiers, violating communities with every bullet, with every badge. It is time to burn them all to the ground, to take their arms and to free those they imprisoned. Don’t just do it for Eric Garner. Do it for yourself.

Editor’s Note: Though Calhoun’s solutions are certainly extreme in the eyes of many, including myself, there is a tremendous point to be made by this article. Where is the passion America? Where is the contempt for the tyranny that we witness every day? Have they truly worn us down to the point where we are no longer willing to fight for what is right? I can’t necessarily believe that all police departments are corrupt and all cops are bad. I don’t want all police stations burnt to the ground. However, we are seeing a dangerous change in the direction of our once trusted local police departments and, in the same regard, our federal government.

C4SS is a self-proclaimed left-market anarchist think tank. It is not just the “right wing extremists” that are angry. People across many political spectrums are searching for answers. I, for one, am not a believer in anarchy or chaos but sometimes order does come from chaos and sometimes it is warranted. (note: see American Revolution) The real question is who controls and initiates that chaos to ultimately restore their unique and inspired version of “order.” If we don’t restore order then the government will surely brand us with their version of such. -Dean Garrison, Editor