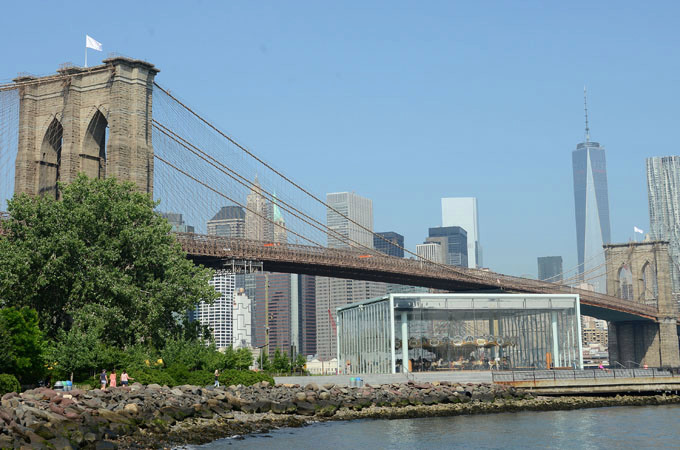 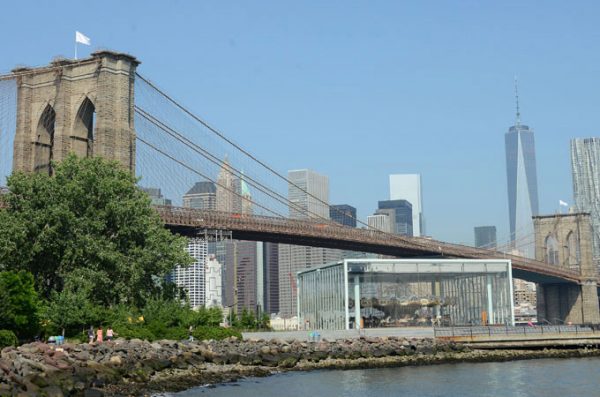 Something strange was afoot in NY this morning…

The two American flags that normally fly over the Brooklyn Bridge were somehow replaced by white flags.

CBS News reported that “a hint of stars and stripes can be seen on the white flags,” and the NY Post said that emergency services cops lowered the flags and packed them up with what appeared to be painting supplies.

As of now, no one knows who placed them there – or how they were able to breach security, scale the bridge, and place the flags unnoticed.

A plain white flag is an internationally recognized symbol of surrender or truce, as explained by WorldFlags101:

The flag indicates peace and is usually flown or waved in times of war. Soldiers who are carrying a white flag should not be fired on and in turn they should not fire upon anyone. If an individual negotiator is carrying the white flag it means he is unarmed and has come in peace with the intent to surrender or negotiate.

A white flag is made of any material available at the time and it is the symbol itself, not the flag, which signifies its meaning. A white hanky or white paper may be used to indicate the person’s intentions. People carrying the white flag are expected to remain neutral and are not allowed to participate in war-like acts.

New Yorkers Tweeted about the mysterious flags this morning:

Why are there white flags on top of the Brooklyn Bridge? pic.twitter.com/cMj65jNK9e

What? White flags have mysteriously replaced the American flags on top the Brooklyn Bridge http://t.co/3sm4u5USfu pic.twitter.com/jdlcC6Hqjd

A white flag has appeared atop the Brooklyn Bridge. Did we just surrender to somebody? pic.twitter.com/qHdeAE2Z8x

Why does the Brooklyn Bridge have white flags instead of the usual Stars and Stripes? Did we surrender it? pic.twitter.com/ABXUmkydWf

The bridge connects Manhattan to Brooklyn over the East River, and has its base just a few blocks from City Hall and police headquarters in lower Manhattan.

Signs posted near the bridge state that it is under NYPD video surveillance (great job, NYPD!) so perhaps the mystery will be solved at some point.

Until then, curiosity about who placed the flags there and why will surely abound.