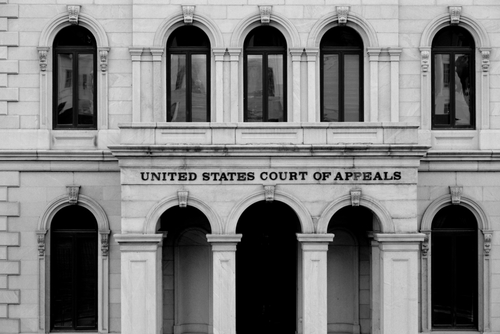 In a 2-1 ruling by a federal appeals court on Tuesday, a devastating blow was delivered to Obamacare. The three judge panel ruled that the government subsidies, worth billions, which aided 4.7 million people to buy insurance via the federal Obamacare website HealthCare.gov are illegal.

A federal appeals court panel in the District struck down a major part of the 2010 health-care law Tuesday, ruling that the tax subsidies that are central to the program may not be provided in at least half of the states.

The ruling, if upheld, could potentially be more damaging to the law than last month’s Supreme Court decision on contraceptives. The three-judge panel of the D.C. Circuit Court of Appeals sided with plaintiffs who argued that the language of the law barred the government from giving subsidies to people in states that chose not to set up their own insurance marketplaces. Twenty-seven states, most with Republican leaders who oppose the law, decided against setting up marketplaces, and another nine states partially opted out.

The government could request an “en banc” hearing, putting the case before the entire appeals court, and the question ultimately may end up at the Supreme Court. But if subsidies for half the states are barred, it represents a potentially crippling blow to the health-care law, which relies on the subsidies to make insurance affordable for millions of low- and middle-income Americans.

“We reach this conclusion, frankly, with reluctance. At least until states that wish to can set up their own Exchanges, our ruling will likely have significant consequences both for millions of individuals receiving tax credits through federal Exchanges and for health insurance markets more broadly,” he added in the 72 page decision.

The three-judge panel on the U.S. Court of Appeals for the D.C. Circuit has decided that the phrase stipulates that all 5.4 million Obamacare exchange customers in exchanges established by the federal government, not a state, cannot legally be given subsidies.

The plaintiff argued that the phrase “established by the state” was included intentionally by the health care law’s authors, in order to convince states to create their own health care exchanges.

When a whopping 36 states decided building an exchange wasn’t worth it, their customers should have become ineligible for premium subsidies. But the Internal Revenue Service issued its own belated rule that subsidies would also apply to exchanges set up by the federal government.

The case has disastrous consequences for Obamacare. While the health care exchanges have signed up 8 million customers, 5.4 million are in federal exchanges and no longer legally allowed subsidies. It’s highly unlikely that many customers will be able to afford hefty premiums without the premium tax credits they were promised. This leaves the Obama administration in a precarious legal position. Obamacare customers have been promised premium subsidies and many have been receiving them for months.

This another in a long list of illegal activities of Barack Obama where the courts have ruled stating that he broke the law. It’s also a ruling against those in Congress who voted for the legislation and those that continue to fund it. Though the first group only includes Democrats, the second group is compiled of both parties.

Not only has he broken the law, but Congress will not even hold him accountable because, as noted above, they are complicit in what is going on with Obamacare. Are they going to file a lawsuit in this matter when they have aided and abetted the funding of Obamacare? I think not, but they will use it for political fodder to build their support in the 2014 elections. They certainly won’t be thinking impeachment.

But who will be hurt by this ruling? Since it won’t be Obama or members of Congress, my guess is that it will be the 4.7 million people that signed up for insurance via the federal exchange. After all, if there are no subsidies, won’t they be obliged to pay the full amount? Additionally, will they have means of filing suit against the federal government regarding truth in advertising?

It appears to me that even though they passed the bill, neither Congress, Obama or those setting up Obamacare website have any idea what’s actually in the legislation. Unlike some Republican governors, I believe it’s time to repeal Obamacare and replace it with nothing.

A federal appeals court in Virginia has upheld tax subsidies for low- and middle-income people who buy insurance under the Obama administration’s health care reform law.

A three-judge panel of the 4th U.S. Circuit Court of Appeals on Tuesday unanimously rejected a claim that the law provides the subsidies only to people who buy policies through state-run exchanges. The court backed an Internal Revenue Service regulation that makes the subsidies available regardless of whether policies are purchased through state exchanges or one established by the federal government.

Thirty-six states are served by the federal insurance marketplace.

The decision conflicts with another one issued Tuesday by the U.S. Court of Appeals for the District of Columbia Circuit. That court ruled 2-1 that the subsidies are available only through state exchanges.

Not The Onion: TSA Accepts Arrest Warrants As Proof Of ID For Illegal Aliens Boarding US Flights
January 22nd, 2022 Sons of Liberty Media