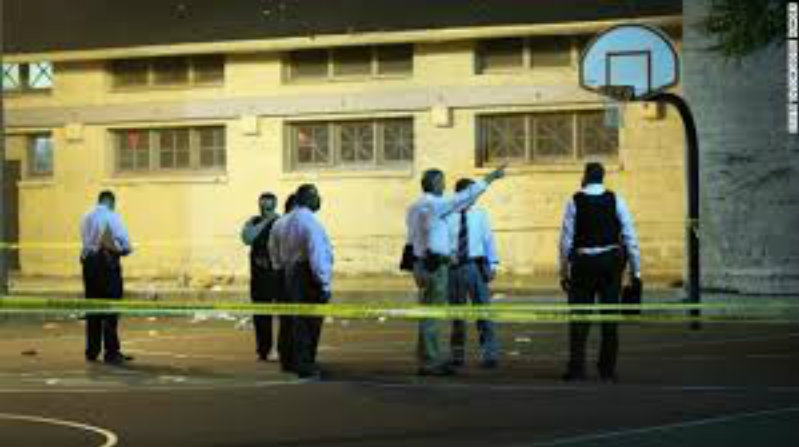 Just this past weekend, it was reported that an 11-year-old girl was shot and killed in Chicago by a stray bullet.

Shamiya Adams was at a sleepover Friday night. The girls were making s’mores when gunshots rang out nearby. Evidently, one of the bullets entered the house, struck and killed her.

Virtually all the shootings have been black on black, or Latino or let’s just say, minority on minority.

Yet, when reporting on the child shooting incident, ThinkProgress felt compelled to report, “a recent study found that African Americans were 10 times more likely to be shot by police than white people.”

Huh? None of the reported shootings were by police, yet the leftist radicals at ThinkProgress can’t help themselves. They have to somehow weave the “evil cops” into their narrative.

Of course, ThinkProgress will never conclude that Chicago’s “gun violence” problem has anything to do with the city’s ridiculous anti-gun laws.

There’s not a single gun shop in the city, no gun ranges and bans on scary “assault weapons” (whatever they are) and high-capacity magazines.

But those bans are only for the law-abiding. I was going to say law-abiding “citizens,” but in Chicago, who knows how many shootings were perpetrated by non-citizens or “undocumented Democrats.”

Yet, Chicago just continues down the same liberal path, passing more and more restrictions on guns. ThinkProgress believes this to be the correct path and merely blames the state of Illinois and the rest of the country for the city’s dismal record.

They claim that 43% of guns seized in Chicago were purchased elsewhere in Illinois, and the rest brought in from out-of-state.

Gee, I wonder who is bringing the thousands of guns into Chicago? No doubt, law-abiding gun owners who only come to Chicago to kill innocent blacks.

Maybe it’s the Girl Scouts. They setup a kiosk on a Chicago street and with every 10 boxes of Thin Mints you get a free Glock.

Not once does ThinkProgress mention that these weapons are brought in by gangs and traffickers and drug dealers. It’s the guns fault, and only the gun.

Meanwhile, in the city of Detroit, where police chief James Craig has encouraged citizens to arm themselves, there are 37% fewer robberies, 22% fewer break-ins and 30% fewer carjackings this year so far. Reports out of Detroit are that criminals are thinking twice about committing crimes.

But this doesn’t phase Chicago Mayor Rahm Emanuel and the other radicals in charge. Their solution is to throw government money at the problem – because that has proved always to fix things.

Somehow (I wonder how?), the Mayor has secured a $10 million federal grant to “mentor” at risk children.

The 11-year-old victim was “at risk” – at risk of being murdered and most likely by an adult. How would that $10 million help her?

Anyway, the $10 million the government had lying around, will be given to the Mayor to expand his “BAM,” “Becoming a Man” project, and that’s because he cares.

Of course, this program will be an abject failure, but as Rush says, “You can’t judge a liberal by results – only by how much they care.”

And how much grant money did Detroit’s Chief Craig receive? Exactly squat!

So Come Visit Chicago. You May Live Long Enough to Leave!