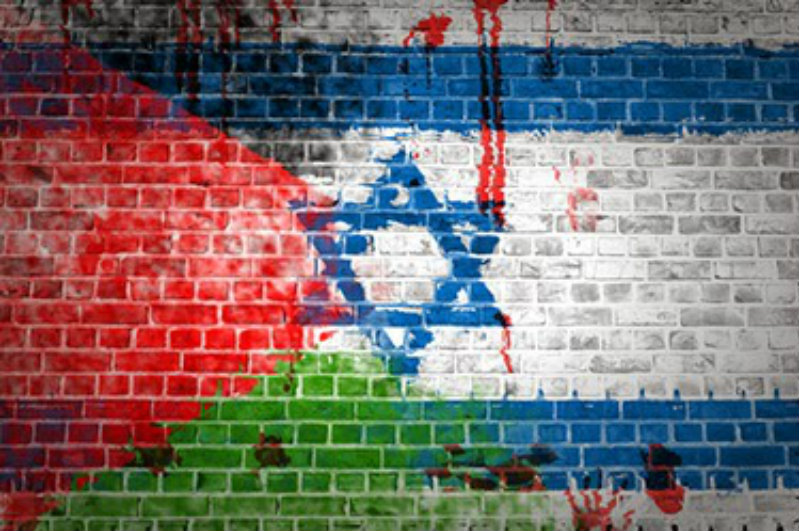 As bombs rain down upon Gaza and Israeli troops march forward with tanks and bulldozers, a recent radio interview conducted on Israeli radio is drawing some criticism from across the world as well as in Israel.  Although the interview was conducted nearly three weeks ago, shortly after the bodies of three Israeli teens were found after being kidnapped and murdered, Dr. Mordechai Kedar stated that the only way to force “terrorists” to think twice about their actions is the threat of the rape of their sisters and mothers. A Middle East scholar from Bar-Ilan University in Israel, Dr. Kedar stated that “You have to understand the culture in which we live. The only thing that deters [Hamas leaders] is a threat to the connection between their heads and their shoulders.” Hakol Diburim (It’s All Talk) host Yossi Hadar then asked if that consideration “could filter down” the ranks of Hamas, Kedar responded “No, because lower down the considerations are entirely different. Terrorists like those who kidnapped the children and killed them – the only thing that deters them is if they know that their sister or their mother will be raped in the event that they are caught. What can you do, that’s the culture in which we live.” Hadar attempted to rein Kedar’s statement’s back somewhat by saying that “We can’t take such steps, of course….” However, Kedar reiterated his own statement by responding that “I’m not talking about what we should or shouldn’t do. I’m talking about the facts. The only thing that deters a suicide bomber is the knowledge that if he pulls the trigger or blows himself up, his sister will be raped. That’s all. That’s the only thing that will bring him back home, in order to preserve his sister’s honor.”

Amidst the controversy, Bar-Ilan has attempted, albeit poorly, to downplay the statements made by Kedar. As Haaretz reports,

Kedar chose not to be interviewed. A joint response with spokeswomen from Bar Ilan stated that he “did not call and is not calling to fight terror except by legal and moral means.” It also said Kedar “wanted to illustrate that there is no means of deterring suicide bombers, and using hyperbole, he gave the rape of women as an example. In order to remove all doubt: Dr. Kedar’s words do not, God forbid, contain a recommendation to commit such despicable acts. The intention was to describe the culture of death of the terror organizations. Dr. Kedar was describing the bitter reality of the Middle East and the inability of a modern and liberal law-abiding country to fight against the terror of suicide bombers.”

Kedar’s statements rest firmly in a long line of inflammatory and wholly immoral comments arising from modern academia across the world. Indeed, the inhumanity and ridiculous statements of university professors, academics, and scientists is by no means a monopoly of Israel. Kedar’s comments, however, have a more immediate relevance to the time and context of which they were made. This is because Kedar is suggesting the use of rape, particularly the rape of individuals who are completely innocent, as a weapon of war – a war that is currently taking place. Kedar is also making these comments in the context of a ruling class that is rabidly racist against Palestinians and non-Israeli Jews. As a result, feminist activists have sent a letter to the president of Bar-Ilan University Rabbi Prof. Daniel Hershkowitz in complaint. The letter states opposition to Kedar’s “words of incitement that grant legitimacy to Israel Defense Forces soldiers and Israeli civilians to commit rape, and endanger both Israeli and Palestinian women. Kedar’s words echo expressions that treat rape as a remedial practice, although it is a war crime.” It is important to mention that Kedar is a research fellow at the Begin-Sadat Center for Strategic Studies at Bar-Ilan. He also served as Chairman of the Israel Academia Monitor organization, a group that is actively involved in “exposing extremist Israeli academics who exploit academic freedom in order to take steps to deny Israel’s right to exist as a Jewish state.” In other words, Kedar is a chief witch hunter of Israeli academics who may question official propaganda and racist anti-historical myths regarding the nature of Israel and the questions surrounding its legitimacy. Considering the track record of Israel in its campaign of extermination against the Palestinian people, one must wonder if Kedar’s comments will be hidden under the rug or if they will become official Israeli policy.