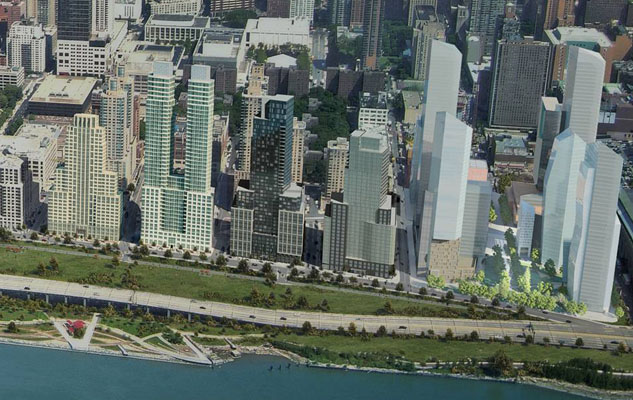 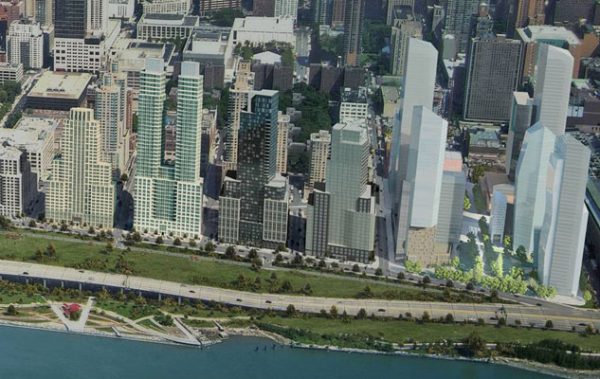 Segregation is alive and well and lives in New York. Let me introduce you to the ‘poor door’.

“No one ever said that the goal was full integration of these populations,” said David Von Spreckelsen, the senior vice president at Toll Brothers. “So now you have politicians talking about that, saying how horrible those back doors are. I think it’s unfair to expect very high-income homeowners who paid a fortune to live in their building to have to be in the same boat as low-income renters, who are very fortunate to live in a new building in a great neighborhood.” (source)

Like many cities New York is not a cheap place to live. The Extell Development Company has recently had plans approved to build a 33 storey apartment block in New York. In order to secure tax breaks and building allowances the Upper west Side building will have a mixture of luxury and affordable apartments. 55 apartments have been deemed ‘affordable’ against 219 aimed at the luxury market. Extell have designated the 55 affordable units as a separate entity within the same building. This means those apartments will have their own entrance. In this case that is a door down a back alley. Well-heeled residents will be able to access their homes through a front entrance directly from the street.

The New York Times recently reported that some affordable housing tenants are being prevented from using newly built amenities such as gyms, child playrooms and rooftop gardens.

When a playroom opened in Michael Reilly’s Upper West Side building two years ago, he asked the concierge for a key to the space so his toddler could play there. The concierge’s answer stunned him: It was out of bounds to him and his child.

Mr. Reilly’s building,the Windermere West End, a luxury rental, is one of several in the city that prohibit rent-regulated tenants from using new services like gyms, playrooms and rooftop gardens. Some co-op and condo buildings have similar restrictions.

Developers say amenities are a marketing tool to lure high-paying tenants. And they say rent-regulation rules make offering them to such tenants problematical.

But advocates for tenants view the policies as ways to demoralize people who pay less than the going rate and to not too subtly encourage them to move elsewhere. Although there is no data on how widespread the practice is, both sides agree that it is on the rise.

Now, lawmakers are pushing for legislation to curb the practice.

“We were the only ones with a kid who was age-appropriate and that was just mean,” said Mr. Reilly, a personal trainer and actor who pays $1,250 a month for the studio apartment he shares with his wife and son.

Extell is not the only company who are using ‘poor doors’ to restrict who gets access to the high end amenities that many apartment buildings now offer. Stellar Management are modernizing a roof terrace that tenents had socialized on for years but once the work is complete many residents will no longer be allowed to relax there.

“We always had the roof,” said Lisa Kirchner, a singer who lives at the Windermere in a studio apartment with no kitchen. She uses a hotplate in lieu of a stove and washes her dishes in the bathroom sink.

“The sponsor doesn’t want the tenant to have access to additional luxury services,” said Mark  Zborovsky, a broker who sells bundles of rent-regulated apartments to investors. “His goal is to get him out of the apartment.”

The payoff for a landlord if a tenant vacates a rent-regulated apartment can be huge, especially in buildings like the Windermere, where a two-bedroom was recently listed on Streeteasy for $7,177 a month. (source)

Segregation is back in the United States, but this time it’s income not race that designates which door you get to use, it’s income.

I understand that there are people who have worked exceptionally hard to buy their own home, and I get why they may be a bit peeved about renters using the amenities of the building, however, it is the tax breaks and building allowances, payable because there is affordable housing in the block, that allows developers to upgrade and enhance the buildings for the owner-occupiers that live there. Once the amenities are in place the value of the units in the building rise so as Zbrovsky said the landlords goal is to get the tenants out.