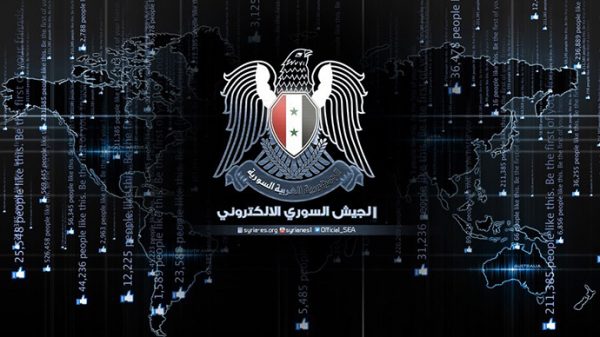 Let me begin today by asking you a question. If you or I were to somehow hack into Barack Obama’s Twitter account, and spread a “propaganda” message through it, do you think we would still be operating on Twitter?

I think it is highly unlikely that we would. Social media sites are very quick to ban those who are perceived threats to the Obama Administration.

Ask Blaine Cooper about that.

More on this later…

There has been a lot of rhetoric lately about the threat of al Qaeda and more specifically their goal of taking down our power grid. We have also seen a couple of power plants attacked in the last year, so there is obviously some kind of threat whether it is real or fabricated. After all, there are many who believe that our own CIA created al Qaeda.

So even if al Qaeda attacks was it their idea? Or is it the CIA giving orders?

Following a recently publicized warning from Dick Cheney about another massive al Qaeda attack, John Carlin added his opinions on Thursday. When these guys start talking so much about attacks, and then get specific about how those attacks might take place, I must admit that it causes a caution flag to raise on the race track of my mind. Suffice it to say that I do not trust our government.

John Carlin, Assistant Attorney General for National Security, U.S. Dept. of Justice, announced Thursday that Al Qaeda terrorists may be planning an attack on infrastructure within the U.S. to 9/11 proportions and that targets may include banking systems and power grids.

According to Carlin, five members of the People’s Liberation Army, Unit 63198, have been indicted on hacking charges, showing the danger cyber threats pose to America.

“It’s clear that the terrorists want to use cyber-enabled means to cause the maximum amount of destruction to our infrastructure.”

“It’s clear because they have said it,” he told the Aspen Security Forum, an annual gathering at the mountain resort town of senior, current, and former national security and military officials.

Now when I hear things like this spewing from the mouths of government officials, I tend to think one of three things are in play:

What follows beyond this point is a little common sense and a lot of conjecture. I don’t claim to know anything that others do not. But I want to highlight something that has been bugging me for quite some time.

Have you ever heard of The Syrian Electronic Army?

They are a group of pro-Assad hackers that have seemingly given the Obama Administration fits. The key word there would be “seemingly.”

In September of 2013 they hacked into Marines.com and posted a propaganda message:

In October of 2013 they hacked into Barack Obama’s Twitter account and released a gruesome video of the atrocities on the Syrian people (at the hands of Obama supported rebels). They disguised the message as a healthcare message in an effort to get more followers to open it.

Now, remember the question I asked you at the beginning of this article?

How can you hack the account of the President of the United States and still be allowed to operate freely on Twitter? It is a fair question.

In March of this year they also claimed to have compromised U.S. Central Command:

This is part of an on-going operation and we have already successfully penetrated many central repositories. #SEA pic.twitter.com/DSUzuFHmkN

Note that the above is an actual tweet which was not removed. You can follow it directly to the account that made the claim. I find this odd.

We accessed many Obama campaign emails accounts to assess his terrorism capabilities. They are quite high #SEA pic.twitter.com/ARgGLX8IjN

Why would Obama allow these guys to keep shooting their propaganda out unless they work for his administration? It would be a nice cover. They have proven successful on two previous occasions in compromising government social accounts and websites. These particular files in the tweets may have been real or fabricated, but we do know that they have successfully hacked our government at least twice.

Yet they continue to operate and gain followers on Twitter?

I find that more than odd and I can only draw a couple of possible conclusions:

How convenient would it be to have your own personal group of fake hackers that might pull off an act of cyber terrorism whenever you needed them to? Don’t forget that there have been claims that Obama already tried to launch an EMP Attack on American soil.

It might be an unlikely scenario but I would never say it is impossible. If I didn’t think it was a real possibility then I wouldn’t write about it today.

Am I paranoid when it comes to my own government?

Yes I am. We have a very dangerous man in the White House and those around him have made it clear that they are complicit.

If Obama did take down the grid with a group of fake hackers it would have to be a limited attack (maybe a major city or two) because he would need to get on TV and tell the rest of America what happened. However, it would serve several purposes. For one it would largely sway public opinion against the Assad Regime, and thus justify Obama’s desire to be more active in Syria. It would also open the door to future attacks with a pre-built scapegoat.

Assad has been called a lot of things by our government but has not been called “al Qaeda” to my knowledge.

Give it some time and you might be surprised. Then we might see the “good al Qaeda” fight against the “bad al Qaeda.”

Without a doubt I have been called that many times. But I do believe that Obama has a group of fake hackers at his disposal should he decide to use them.