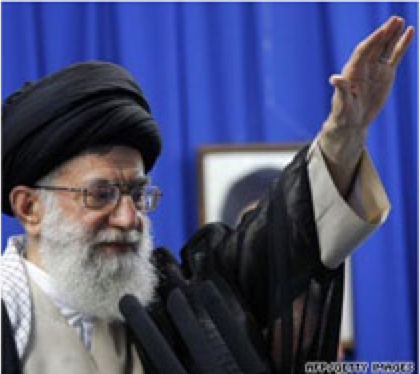 Mankind will always be plagued with evil annihilationists. But America funding them? And sanctioning their nuclear weapons program. That’s a whole new vicious reality for the free world to deal with. That’s new. 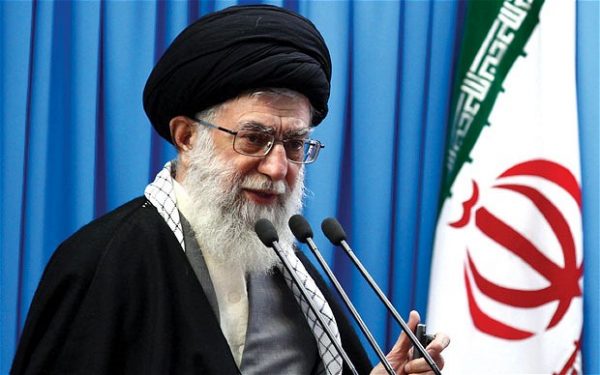 The United States will give Iran access to another $2.8 billion jizya (Islamic extortion/poll tax)  over the next several months and appears to have conceded to Iran’s demand that it be permitted to domestically enrich uranium, the key component in a nuclear weapon, according to senior Obama administration officials. (WFB)

$4.2 billion in unfrozen oil assets during the past six months of the interim nuclear deal and has now agreed to provide another $2.8 billion in exchange for an extension in the negotiations.

White House officials also appeared to admit that U.S. negotiators have told Tehran that they will allow it to preserve some of its domestic enrichment capabilities, something that Congress has opposed.

Why would Obama agree to pay the billion dollar jiyza to Iranian annihilationists billions? Because they agreed to continue to “talk” in November and pull his chain for another three months. A billion a month.

Iran’s supreme leader, Ayatollah Ali Khamenei, stated on Wednesday that the only solution for the region is the destruction of Israel, and that the armed confrontation must expand beyond Gaza.

Fars News Agency, a media outlet run by the Iranian state, reported today that Khamenei addressed the conflict in Gaza in a meeting with Iranian college students.

“These crimes which are beyond imagination and show the true nature of the wolfish and child killer regime, which the only solution is its destruction,” the ayatollah declared to his audience. “However, until that time, the expansion of the armed resistance of the Palestinians of the West Bank is the only way to confront this wild regime.”

Khamenei then criticized America, claiming its defense of Israel is “shameful,” and suggested that its support affects Iran’s behavior towards America.

“The anti-American and anti-West view in Iran is a logical view based on experience and a righteous calculation,” he said.

Referring to Israel, Khamenei added, “This event is a sample of the ‘violent policies with iron fist’ which the fake and illegitimate regime [Israel] in its 66 years of existence has repeatedly and proudly conducted.”

He then emphasized, “As said by Imam Khomeini [the founder of the Islamic Republic of Iran] Israel must be destroyed…However, until that time with the help of God for this cruel and murderous regime to be destroyed, strong confrontation with steadfast armed resistance is the only solution against this destructive regime.”

Khamenei then mocked Israel for looking for a ceasefire agreement, stating that Israel is powerless against the resistance of Hamas, and once again, strongly attacked America for supporting Israel.

“We believe that the West Bank needs to be armed just like Gaza and those interested in the future of Palestine must become active in this field [guerrilla warfare] so that the suffering of the Palestinian people through their strength and their weakness due to the Zionist regime is reduced,” he said. “Some Western countries including America and filthy England defend with clarity the crimes that no ordinary person would. The President of America in the face of these child killings, destruction, torture and suffering of the people in Gaza, with a comical logic states that Israel has the right to defend itself! Don’t the Palestinians have the right to defend their lives and security?”