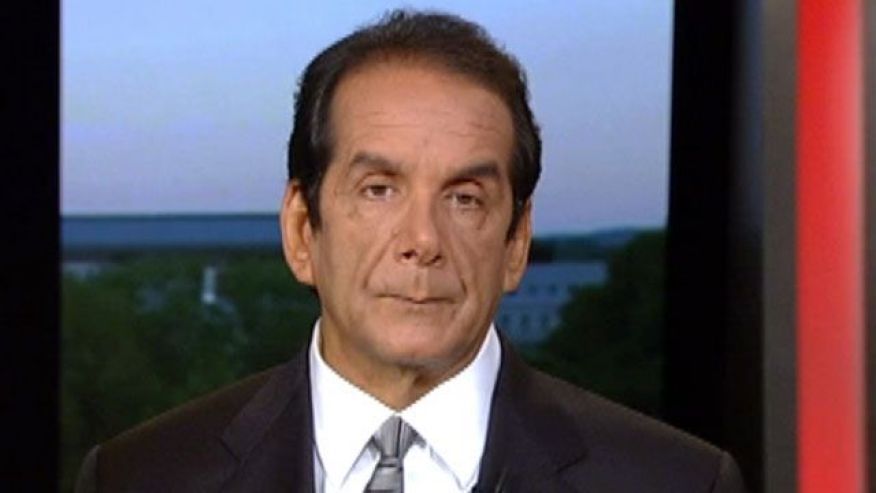 Not one for mincing words, Charles Krauthammer blasted Barack Obama for spokesperson Marie Harf‘s comments regarding the tyranny and terror being perpetrated by the Islamic State in Iraq.

In a statement by Harf, she said:

We condemn in the strongest term the systematic persecution of ethnic and religious minorities by ISIL. These are abominable acts. We are very clear that they only further demonstrate ISIS mission to divide and destroy Iraq. And they have absolutely no place in the future of Iraq.

During a panel discussion on Special Report, Krauthammer pointed out how Christians are being persecuted all over the Middle East. This is something that has followed our involvement in many of these countries by the Obama administration funding and providing weapons to terrorist organizations like the Muslim Brotherhood, of which he has been labeled a member and his foundation has been tied to terrorist groups. Furthermore, his brother Malik has been a chief financier, and was given tax exempt status by none other than former IRS head Lois Lerner.

“Christians have been under pressure in Lebanon,” he said. “Their population is way down. In Egypt, the Copts have been attacked for years now. This is now the worst instance of this.”

He went on to elborate about the cause of such things. “But this reveals the essence of jihadism. Isolationists here in the U.S., starting with, say, Ron Paul among others, would say, well, 9/11 was a result of stuff we did to offend, to oppress, whatever Muslims, at least in part. It was a retaliation. Now you look at what ISIS is doing. What was the crime of the Christians against ISIS? None. This is the purest ethnic cleansing. This is the pure essence of the intolerance and the barbarism of this kind of Islamic radicalism.”

I agree. This is one place where Paul, in my opinion, is just naïve about Islam (Yes, a Paul supporter dissents from him here), though I disagree that Paul is an isolationist. He is anything but that.

Krauthammer then recounts, “A week before, a month before 9/11, the Taliban went into the desert and destroyed 1,400-year-old magnificent statues of the Buddha. Were the Buddhists oppressing the Muslims in Afghanistan? No. This is the hatred of the other. The total exclusive — this is the stuff Europe hasn’t seen in 400 years. This is the Medieval killing of one sect of another. And it is the essence of Islamic jihadism. You see it here in the purest way. You see it with Hamas. It wants to wipe out the Jews. You see it in Egypt with the Copts. You see it in Boko Haram with the attack on the churches in Nigeria. It’s all over. This is not about what the West has done, this is not about imperialism. This is not a payback. This is the expression of jihadism, and we see it tonight in the most horrible form.”

He then called out Obama for his failure to really speak out on the issue, other than the State Department giving a “dumb statement.”

“Where is the president on this?” he asked. “This is persecution of Christians who predate the Muslims by 600 years in the Middle East. These people in Mosul were there before there was Islam in the same way that the Jews of Baghdad — who were about a third of the population in the late 40s — who were expelled were there a thousand years before that. This is the exclusivity of this kind of radicalism.”

“Where is the president?” Krauthammer continued. “He talked about how disrespectful we were to Muslims in many of his speeches. Where is he standing up for the Christian minorities in Egypt, in Lebanon, in Palestine, among other places in the West Bank, and now in Iraq as a way to say we care about this and America cares about this, instead of a dumb statement coming out of the State Department.”

I can tell you where he is. He’s on the side of the Islamists. He always has been. It doesn’t take a rocket scientist to come to this conclusion. The problem is that too many people are too scared to call him out for what he is, because they don’t believe such evil could exist or even come to power in the good old USA, but it has.

I realize Obama’s quote about “standing with the Muslims” has a context, but can anyone truly question that is what he has done throughout both terms of his office? He is one of them and was raised Muslim. We know this from his school records in Indonesia and he has never renounced Islam, despite his unorthodox claims of being a Christian. He has stood up for Islam, while bashing Christianity and America’s Christian heritage.

Obama blasted those that insult the “non” prophet Mohamed while at the United Nations stating, “The future must not belong to those who slander the prophet of Islam.” This statement followed his own Justice Department’s threats of charging and imprisoning those that would dare call out the “religion of peace” for what it truly is, a cult of death and deception.

When it comes to a choice between Islamic Jihadists and Christians, Obama will always side with the jihadists. He did it in Libya, Syria and the US. What makes anyone think it will be different in Iraq?