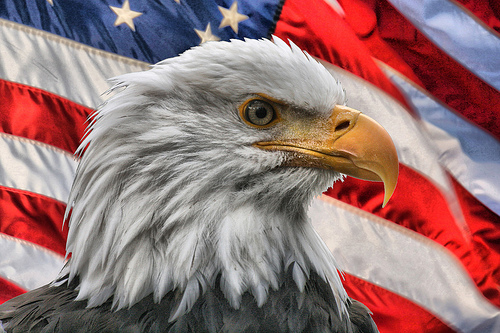 Every year there are parades and fairs celebrating someone’s ethnicity, nationality, religious heritage and sexual orientation. There are Puerto Rican parades, parades for St. Patrick’s Day and, in New York City, the von Steuben Day parade. We hear about Black Pride, Hispanic Pride, Gay Pride and other categories of Pride. Holidays are declared to celebrate various personages, Columbus and Martin Luther King, to name only a couple.

What is the source of “pride” in human beings? The Oxford English Dictionary cites: A feeling or deep pleasure or satisfaction derived from one’s own achievements, the achievements of those with whom one is closely associated, or from qualities or possessions that are widely admired: and: The consciousness of one’s own dignity. There are negative definitions associated with religious practice, but those are not the subject of this article.

When I say pride, I am speaking of personal pride, not that general sense of happiness one associates with living in a good community or playing on a school ball team. Those are sources of general pride. We are speaking here of personal pride that leads to self-esteem. One takes pride in something specific; one experiences self-esteem as a general source of dignity in oneself. Likewise, when we use the phrase “proud to be an American” (said less often nowadays than it ought to be) we are evoking not pride in ethnic nationalism, nor pride in war and conquest. The pride of American patriotism is the pride of ownership in the principles that have made the US a great nation, founded on principles that make possible and encourage the freedom to achieve a personal pride.

But personal pride that leads to self-esteem is always the pride of having done something. When one takes pride in one’s own achievements, one celebrates the legitimate consequence of one’s actions. Pride must be earned. Winning a ball game, starting a business, getting a college degree or being successful at some other pursuit are legitimate sources of pride. That pride leads to real self-esteem and motivates one toward further achievement, greater pride and even deeper self-esteem. Moreover, the first definition leads to the second: one becomes conscious of one’s dignity and that consciousness grows along with achievement.

But one’s ethnicity, nationality, religion or sexual orientation are not achievements. Race is a matter of genetics, nationality largely a result of birthplace and sexual orientation the result of a complex mixture of genetics and choice. They are not a source of earned pride or a sufficient basis for true and lasting self-esteem. That said, they are not a reason for shame, either. They are just factors that must be dealt with in one’s life. One may be born with a birth defect or a superior intellect. Neither of these gives one a reason for feeling pride, any more than for feeling shame. But if someone does something with his superior (or ordinary) intellect or talent, if someone with a physical or other handicap does something wonderful, something which requires effort, courage and perseverance to accomplish, he can and should feel justifiably proud and his self-esteem should grow as a result of his pride. He can look at himself with greater dignity.

The association with someone else’s past accomplishments or grandeur is not a source of personal pride, consequently, it does not promote true personal self-esteem. I am an American of Italian descent, but I could no more claim a sense of genuine pride in the past accomplishments of great Italians. I could not assert that, even if Leonardo DaVinci, Michelangelo Buenoroti or Enrico Fermi were cousins of mine! I might celebrate their achievements and take them as an example of what can be accomplished with effort and inventiveness, but it would not increase my personal self-esteem one iota. I would not be taken seriously if I put their achievements on my resume!

The same is true of false historical narratives associating ordinary people with past greatness. Some years ago it was not unpopular for people to go for what was called past life regression therapy, in which they were hypnotized and asked to describe their past lives. Many, if not most, told stories of being related to kings, emperors or tribal chieftains. Why not? If given the opportunity to invent a past association, why would it be with someone insignificant! But it was outright fraud. Fantasy and delusion are not legitimate sources of pride or self-esteem.

I visited the Brooklyn Museum of Art some years back to a special showing of artifacts from ancient Egypt and watched a number of black people pointing proudly to the archeological treasures, sarcophagi, statuettes and jewelry of gold encrusted with stones. I heard parents telling their children to be proud because this was their heritage. Even if that lineage could be reasonably proven, it still would not supplant those children’s need to act in their own lives on their own behalf and create their own sources of pride. Back in the 70s, after Alex Hayley’s Roots appeared on TV, some black people saw themselves as sharing the noble heritage of Kunta Kinte, a character wholly invented by the author.

But there is no need for false narratives to encourage false self-esteem in children. What was done by someone who may share one’s genetic heritage or even direct bloodline, does nothing to prove a person’s own worth. Only achievements can possibly speak for a person. Invented associations and false self-esteem generated by a fictional historical narrative ought to be replaced by encouragement to develop one’s personality, to become educated and achieve good things with one’s energies. That is the great lesson, the great promise, of America. If the things spoken of above were consistently done, we would rebuild our truly proud American society.