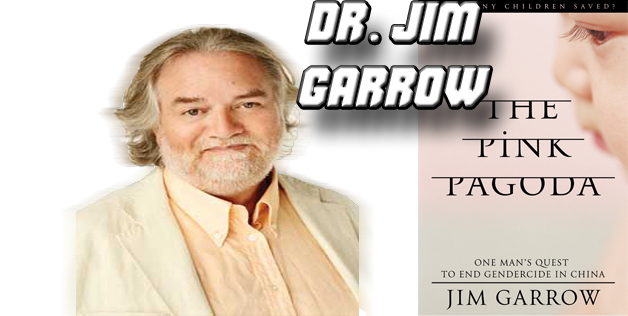 Dr. Jim Garrow is a former Nobel Peace Prize nominee and a self-proclaimed ex-CIA agent who was terminated by Barack Obama.

He is also viewed by many as a crazed conspiracy theorist.

With that said, he was the man who exposed the “litmus tests” that were being given to the military (whether or not a soldier would fire upon American citizens) and also claims that Barack Obama had Andrew Breitbart and Tom Clancy assassinated.

He also alleges that Barack Obama tried to detonate nuclear weapons on American soil last fall, but was thwarted by senior-ranking military officials.

I often wonder if things really are as crazy as Jim Garrow says they are. But at the same time I often think back to the statement of former Obama Secret Service Agent Dan Bongino who said, “It’s Worse Than People Know… and I’m Not Trying to Scare You Either.”

What did Bongino mean by that?

I had a cousin share an opinion with me about ten years ago. It went something like this.

Dean, do you know why the Muslim people buy all of the gas stations? It is because there will be a time when they decide to blow them up. All at once. They are preparing for a terrorist attack.

I secretly laughed at him while he went on a short rant to support his theory. Ten, or so, years later I think about that conversation often. It’s not that Muslims own all of the gas stations but it would certainly seem that they own more than a representative portion as compared to the Muslim population in this country. Could there be some truth to his theory? I hope not. But today I no longer see it as crazed conspiracy so much as a “possibility.”

D.C. Clothesline is a publication that I started to seek the truth. So I will not present Jim Garrow’s testimony as fact, but I will not hide the story either. Here is a posting that Jim Garrow made on Facebook yesterday. You can read it and determine if you want to believe it or not. I simply view it as another “possibility.”

I have avoided sharing certain information because I took an oath and will not break that oath. I am skating on the edge today because of information that I would be derelict in my duty if I did not share it. Islamists currently in the country, aided by those who have recently arrived via the southern sieve we call a border and those who boldly came on aircraft in a variety of disguises have a purpose in their criminality. Be warned, this is not for the faint of heart.

The target will be shopping malls. The method will be with explosive devices meant to inflict suffering and death and to wound as many as possible. This is terrorism in its lowest form. The purpose is to inflict fear in the hearts of Americans through this targeting of where we go to shop and relax.

The date will be a significant one for the islamists. The event will happen simultaneously across America at hundreds of locations (note the number). The police, DHS, and security services throughout the nation should be warned and take appropriate action.

Why release this on Facebook? It turns out that the necessary agencies are reading my stuff. Why make phone calls when this gets the news out in a speedy fashion to all of them in an instant message.

Be warned, my sources on this are impeccable. I lay my 100% record of reliability on the line.

It seems that Dr. Garrow feels so confident that he is putting his reputation on the line. Of course, as I can relate as I have the reputation as a conspiracy theorist, I am not sure what that really means. Many people view truth seekers as nothing but crazed lunatics.

I pray that Jim Garrow is wrong, but I will continue to follow him despite his reputation. I don’t trust that his sources are always correct, but I trust enough to know that Dr. Jim Garrow gets to angles of stories that very few others do. Some applaud him for it and some think he is nothing but a sham. As Facebook user Joel Franco responded, “You’ve been wrong before.”

Every media source you follow, including your’s truly, has been wrong before. You can not do what we do without getting egg on your face occasionally.

Does that mean that we should automatically disregard such a serious warning?

I always take Jim Garrow’s writings with “a grain of salt” but I never ignore them.

One of the toughest stories for me to swallow, regarding Garrow, was his “ex-CIA” bombshell. I just found that so hard to believe. But it has been nearly a year and no one has refuted his claim. No one has come to arrest Jim Garrow for impersonating a CIA agent. I’m sure there are laws against that.

As an outspoken critic of the Obama Administration, with a large following, I am sure they would silence this man if they could.

Just make up your own mind. But if Garrow is correct then America has a major problem.