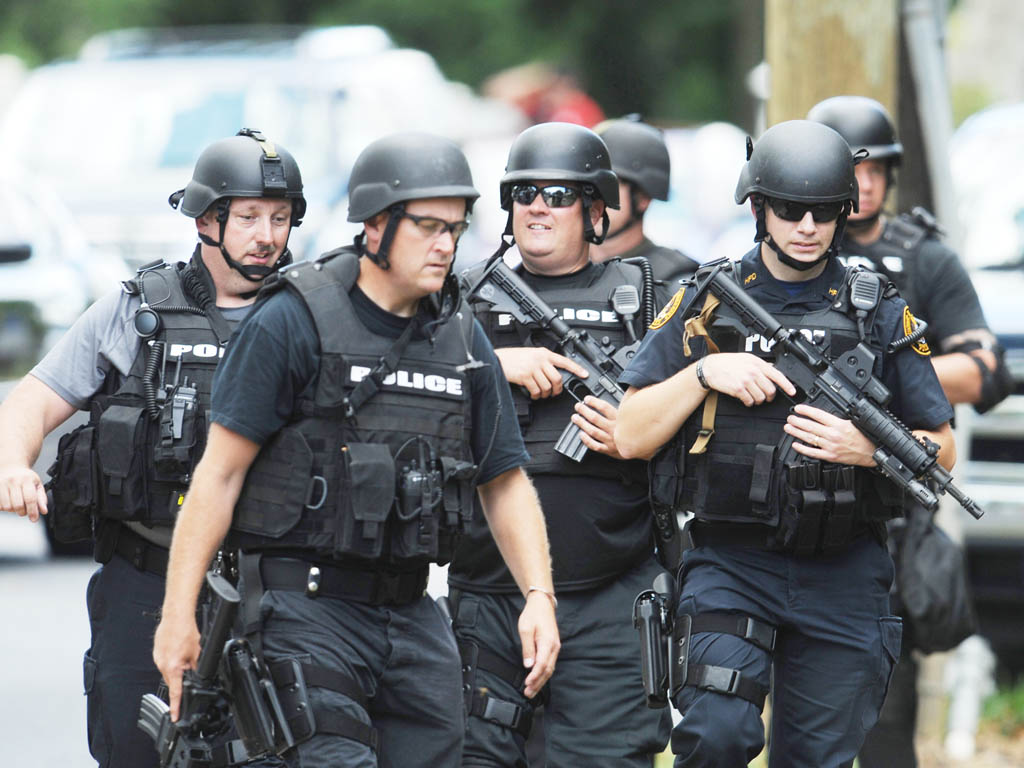 A psychiatrist is being hailed as a hero after he stopped what could have been a mass shooting at a Pennsylvania hospital earlier this week.

49-year-old patient Richard Plotts and his caseworker, 53-year-old Theresa Hunt, went into the office of psychiatrist, Dr. Lee Silverman for an appointment. Shortly after arriving a heated argument broke out, and a staffer peaked through the door to see the patient, Plotts, pointing a handgun at Silverman. The staffer then quietly shut the door and dialed 911 to alert police.

Plotts opened fire and shot Hunt in the face. She died at the scene.

That’s when Silverman crouched behind his desk and retrieved his firearm. He was able to fire several shots at Plotts, striking him twice in the torso and once in the arm.

Plotts fired several shots at Silverman, hitting his thumb and grazing his temple.

Delaware County District Attorney Jack Whelan said it was clear that the doctor acted in self-defense:

“When the caseworker was shot, (Silverman) crouched down behind the desk to avoid him being shot.

He was able to reach for his weapon, and realizing it was a life or death situation, was able to engage the defendant in the exchange of gunfire.”

After doctor and patient exchanged gunfire, the suspect fled to a hallway. There, hospital employees wrestled him to the ground and took his weapon, Whelan said.

Plotts had 39 bullets left on him when he was apprehended – bullets police believe he intended to use.

Yeadon Police Chief Donald Molineux said that “without a doubt, I believe the doctor saved lives.”

“Without that firearm, this guy (the patient) could have went out in the hallway and just walked down the offices until he ran out of ammunition,” he said.

The incident occurred at Mercy Fitzgerald Hospital in Darby – a facility that bars anyone except on-duty law enforcement officers from carrying weapons on campus, a Mercy Health System spokeswoman told the Washington Post. She declined to discuss why Silverman was armed at work.

It happened on the third floor of the Sister Marie Lenahan Wellness Center, an outpatient clinic in a medical office building linked to the hospital by a pedestrian bridge. Whelan said the clinic has no surveillance cameras or metal detectors, and visitors and staff members are not given pat-downs.

Silverman was treated and released, but Plotts suffered complications from surgery and remains in critical condition.

Plotts has a history of problems, including two suicide attempts and a vast criminal record, reports the Washington Post:

“His criminal record goes back to the early 1990s for three arrests for illegal possession of firearms and arrests for narcotics violations and assaults in Philadelphia,” Upper Darby Police Superintendent Michael Chitwood told the Daily Times. “In Upper Darby, he has been [committed to a hospital for psychiatric evaluation] on at least three occasions. The last one of the three was in January 2013.”

He also served time in prison for a bank robbery.

Police said they expect to arraign Plotts at his bedside at a Philadelphia hospital on Friday, charging him with murder in Hunt’s death.

Hopefully Dr. Silverman, who likely prevented a mass shooting from occurring, will not lose his job for violating hospital rules by having a gun at work.

This tragic case is another example of how ridiculous “gun-free zone” policies are. If Silverman didn’t have access to a firearm on Thursday, the outcome of this incident probably would have been far more devastating.