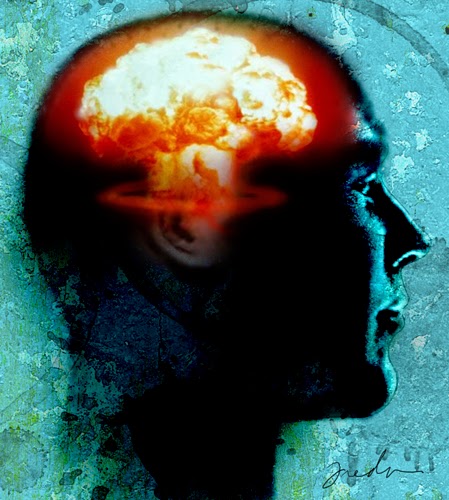 Remember when our rulers told us that regimes like Saddam, Gaddafi, and Assad were the epitome of evil and must be liberated because they allegedly killed their own citizens? Probably not. Americans have short memories.I only remind you to let you know that the U.S. and other Western governments have reversed their stance on regimes killing their own citizens. They now fully endorse and support this rule-with-an-iron-fist so long as the victims can be successfully labeled “separatists” or “terrorists”. In fact, they want in on the action. The Pentagon began wargaming this week with the regime in Ukraine on how best to kill pesky citizens in Eastern Ukraine who oppose the U.S. Vice President’s son stealing and fracking shale gas on their land.People who defend their land and families are called “terrorists” when imperial powers want their resources. In turn, Western rulers call violent coups “duly elected” if they pledge allegiance to the IMF.This situation is creating friction among the world’s superpowers not seen since the Cold War. Obama recently expressed concern that “The old order isn’t holding and we’re not quite where we need to be in terms of a new order.” Later in the speech he blamed uncooperative nations (read Russia) for standing in the way of the New World Order.It seems if Russia doesn’t get on board with the Western-led world order, these powers are destined to clash in a West vs. East showdown over international banking and the control of gas supplies.

Here are 25 recent events, or data points, that our rulers hope we forget when they blame the collapse of the old world order on Russia:

I’m sure I missed a few.  Feel free to fill in the blanks in the comment section below.