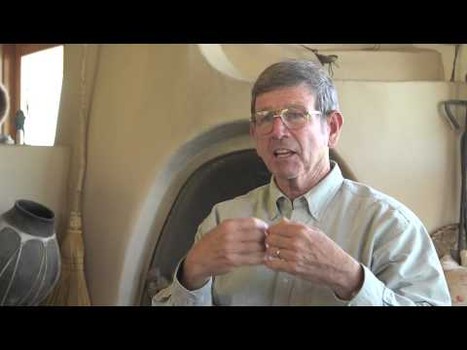 Last week former U.S. Rep. from Florida and current Fox News contributor Allen West urged everyone to watch a YouTube video of an interview with Zack Taylor. Taylor is the chair of the National Association of Former Border Patrol Officers (NAFBPO). He’s been quoted in the Washington Times, and interviewed by the likes of Breitbart Texas and The Blaze.

But it’s Taylor’s recent interview for a documentary by Chris Burgard that’s been burning up the conservative internet. Burgard is filming “Back to the Border,” a sequel to his 2006 original documentary, “Border.”

Taylor’s 15 minute interview is the best 15 minutes you’ll ever spend if you truly want to consider the “big picture” of the border situation. It’s also deeply disturbing.

A view of Taylor’s keynote address at the combined meeting of the Las Cruces Gun Culture Club and The Las Cruces TEA Party is equally alarming.

Taylor begins this address by telling the people that on July 4th, his organization circulated an advisory to the American people that had also recently been sent to Congress. The advisory began:

“Our sole purpose is to educate America about what is good for America and what is bad for America with regards to Immigration. With this purpose we write to you today from our intelligence perspective of connecting the dots about the current invasion of America.”

Ultimately, the eight page advisory tells Congress and the American people that two things must happen:

The document concludes by referring people to a concise set of proposals produced by NAFBPO titled, “Comprehensive Immigration and Enforcement Reform.”

However, it wasn’t the “Advisory to America” or the 20-page proposal on immigration reform that got people buzzing. It was Taylor’s accusations, in the aforementioned 15-minute video, that the immigration crisis has been orchestrated as “asymmetrical warfare” to destroy the country from within. Taylor addresses issues that were once dismissed as ranting’s on conspiracy websites: FEMA preparations for 200,000 deaths in the U.S.; government control of ammunition, shortages of basic medical supplies, and undisclosed information from the CDC on current communicable disease threats from the current influx of illegal aliens. Watching current events unfold as they are, connecting these issues suddenly seems feasible, if not downright obvious.

Most importantly, he warns that the “fourth column,” the media, are purposely misleading the American people and playing on their natural compassion by showing us only the small percentage of illegal immigrants who are children:

In this situation, where you have hundreds of thousands…of people coming across the border and you’re only catching a small fraction; if you’re not telling the public that 80-90 per cent…coming across the border (are) not being apprehended and you’re putting their focus on this ten per cent that (are) being apprehended – (then) only showing them the one percent: (Children) that are six-, eight-, ten-years-old — and appeal to the compassion of the American people and not show them the people with these serious communicable diseases (and) the fact that they are known gang members. They have the gang tats all over them. (But) because they do not have a conviction in the United States, they’re turned loose in the United States.

It’s pretty gripping stuff. I agree with Allen West when he says, “We must have an informed electorate which understands the dangers of this manufactured illegal immigration crisis. I hope you’ll watch and share this video.”

Susan D. Harris can be reached at http://susandharris.com/