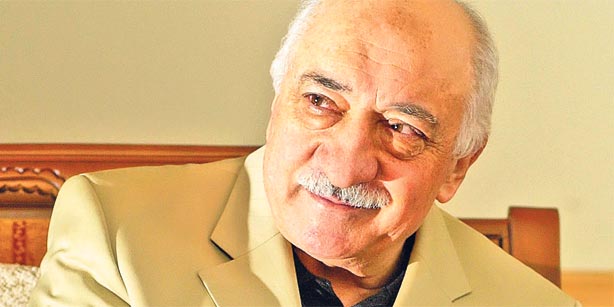 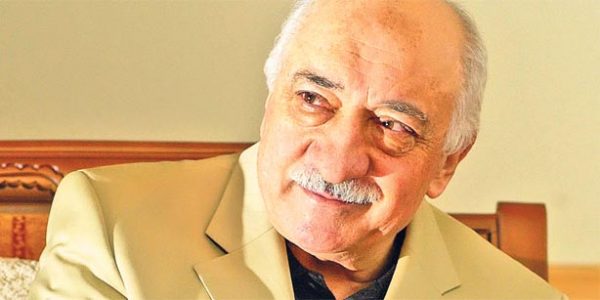 The imam, Fethullah Gülen, came to the United States in 1999 due to cited health problems and has stayed in the United States after gaining his visa with help from former CIA officials. The FBI previously resisted granting permanent residency status to Gülen. According to leaked cables, parts of the U.S. government believe that Gülen “is a ‘radical Islamist‘ whose moderate message cloaks a more sinister and radical agenda.”

In an interview with 60 Minutes, Gülen followers claim that he does not control or have anything to do with the day-to-day dealings of the massive network of charter schools he helped found.

Gülen-inspired schools are the largest charter network in the U.S. and receive approximately $150 million a year in taxpayer money. There are about 130 of these charter schools in 26 states where the majority of the teachers are from Turkey, as well as many of the contracts for construction and operation have gone to Turkish businesses. Those actions have raised red flags for the U.S. government.

The schools themselves are considered high quality and are focused on STEM-based learning — something that proponents of the Gülen Movement claim is lacking in U.S. education.

According to 60 Minutes, in Turkey, Gülen schools are everywhere and considered the best. But recently Turkey passed a law to shut down Gulen schools, a main source of the movement’s revenue.

Why Are My Tax Dollars Funding an Islamic Movement?

In the United States, many of the Gülen schools have long waiting lists. But that comes at a price for our American teachers:

“Our tax dollars are paying for them to come over here and take our jobs,” said Mary Addi, a teacher. “They want to give you the impression that they’re just hard-working guys over here to try and educate our kids, because American teachers are just too stupid.”

According to Addi, those Turkish teachers’ visa applicants oddly include English teachers. Gülen brings in foreign teachers and then takes a cut of their salary. She learned this after marrying a Turkish teacher. She said that after he was paid. He’d cash the check and return 40% of his salary back to the school for a secret fund used by the movement.

These allegations have caused the U.S. government to investigate for immigration fraud as well as misuse of taxpayer money. It has also caused many to wonder about the actual intent of the Gülen school.

According to a secret U.S. government document released by Wikileaks, “Deep and widespread doubts remain, however, about his (Gülen) movement’s ultimate intentions.  We have anecdotal evidence of the pressure that the various circles of his  movement put on people they have drawn in, for instance severe pressure on businessmen to continue to give money to support Gülenist schools or other activities.  We have multiple reliable reports that the Gülenists use their school network (including dozens of schools in the U.S.) to cherry-pick students they think are susceptible to being molded as proselytizers and we have steadily heard reports about how the schools indoctrinate boarding students.”

One public school teacher from the South spoke with Benswann.com’s Joshua Cook on condition of anonymity, said her students recently won a free cultural trip to Turkey through an art contest sponsored by a Gülen organization called the Atlantic Institute.

The teacher had a terrible experience. “They take you on this grueling 10-day death march through Turkey,” said the teacher. “It was exhausting.”

“After being food deprived the Gülenist hosts brought us to a building called the Journalist and Writer’s “light house” which was a compound.  This is where we got the cult spiel for 2 hours. The speaker told us, ‘Fethullah Gülen, he is the imam that sheds light on the dark waters of our time,'” said the teacher.

“This trip was not about a moderate message of interfaith dialogue or Turkish culture. The whole purpose was to promote the imam Fethullah Gülen,” said the teacher.

Gülen schools are among the nation’s largest users of the H1B visas. In 2009, the schools received government approvals for 684 visas – more than Google Inc. (440) but fewer than a technology powerhouse such as Intel Corp. (1,203), reported the Philadelphia Inquirer.

Critics also find it hard to believe that qualified American teachers in math and science are hard to find.

Former president of the parent’s group at the Young Scholars of Central Pennsylvania Charter School, Ruth Hocker started asking questions when popular, certified American teachers were replaced by uncertified Turkish men who often spoke limited English and were paid higher salaries. Most were placed in math and science classes.

“They would tell us they couldn’t find qualified American teachers,” Hocker told the Philadelphia Inquirer. That made no sense in Pennsylvania State University’s hometown, she said: “They graduate here every year.”

Other school parents described how uncertified teachers on H1B visas were moved from one charter school to another when their “emergency” teaching credentials expired and told of a pattern of sudden turnovers of Turkish business managers, administrators, and board members.

Leaked communications from a diplomatic cable suggests that some Gülen teachers maybe using the school as cover to get to the U.S.

From Wikileaks: “…we are concerned by the link with charter schools in the U.S. that have petitioned for marginally-qualified H1B candidates (The Kentucky Consular Center and our posts in Turkey have started compiling a list of these Gülenist charter schools in the US for use in visa adjudication). These applicants were simply not convincing, did not seem as fully in tune with Gülen’s approach to education and might be using the reputation of the school as a cover to get to the U.S.”

Recently, FBI agents carried out raids at 19 Gülen Charter schools in Illinois, Indiana and Ohio as part of an “ongoing white-collar crime matter.”

Many oppose the Gülen movement due to their lack of transparency, the cloud of suspicion regarding their funding, hierarchy, their pursuit of buying political influence, and their true purposes, and leaving U.S. taxpayers in the dark.

Tax payers being forced to indirectly support Islamist movements is one thing but is there something more insidious planned by the Gülen movement?

While Gülen followers and some U.S. officials claim Gülen teaches a moderate version of Islam, some believe it is only part of a strategy to infiltrate the U.S.

According to The Middle East Quarterly, in 1999, Turkish television aired footage of Gülen delivering sermons which revealed his plan to implement Shari’a law and use controversial tactics to achieve those goals.

In the sermon, he said:

“You must move in the arteries of the system without anyone noticing your existence until you reach all the power centers … until the conditions are ripe, they [the followers] must continue like this. If they do something prematurely, the world will crush our heads, and Muslims will suffer everywhere, like in the tragedies in Algeria, like in 1982 [in] Syria … like in the yearly disasters and tragedies in Egypt. The time is not yet right. You must wait for the time when you are complete and conditions are ripe, until we can shoulder the entire world and carry it … You must wait until such time as you have gotten all the state power, until you have brought to your side all the power of the constitutional institutions in Turkey … Until that time, any step taken would be too early—like breaking an egg without waiting the full forty days for it to hatch. It would be like killing the chick inside. The work to be done is [in] confronting the world. Now, I have expressed my feelings and thoughts to you all—in confidence … trusting your loyalty and secrecy. I know that when you leave here—[just] as you discard your empty juice boxes, you must discard the thoughts and the feelings that I expressed here.”

Is Gulen a Front for the CIA?

A classified communication reveals that many secularists in Turkey are convinced that the ruling Justice and Development Party (AKP) is the creation of the United States Government (USG), and that Washington bolsters and funds the Fethullah Gülen movement.

Some claim that Gulen is a front for the CIA. See here and here.

If there is anyone who knows the truth about the inner workings of U.S. and Turkey relations it is FBI whistle-blower Sibel Edmonds.

Edmonds is considered the “the most gagged person in American history.” The USG invoked “state secrets privilege” in her case and she is prevented from revealing government corruption  and cannot discuss certain aspects of her knowledge regarding her case. The DOJ’s Inspector General stated her claims are credible and Edmonds says her claims can be backed up by FBI files.

Benswann.com’s Joshua Cook asked Edmonds via email about her thoughts regarding Gülen. Edmonds has been covering the Gülen movement for years and has extensive research on her website.

Cook asked Edmonds, “Is Gülen a threat to US interests?”

“This has to do with Gülen’s role in terrorism,” said Edmonds. “Under the guise of schools [Madrasas] in Central Asia & Caucasus his network is involved in training terrorists [from Chechens to other Islamic Jihadis in the area]. The bureau had him under investigations since 1998. However, they were prevented from pursuing the cases [despite all evidence collected] due to direct pressure from the CIA/State Department. How do I know? Some of the case files were under the division where I worked [counterintelligence]. Other investigations were being conducted under the FBI’s crime & terrorism division.”

Cook asked, “Is the CIA using the Gülen network to fund CIA ops in Turkey?”

“They did,” said Edmonds. “It was also a channel for money laundering for their $20 billion worth network. They bring teachers from Turkey. They provide them with decent/high salaries, but then, they force them to voluntarily and individually contribute over 50% of their income to their various front charity organizations … I met with several ex-teachers and spoke with them in 2006-2008; however, because of overt and covert threats from Gülen’s network to their families in Turkey, they were not willing to come forward or go on record.”

While under oath during a legal disposition, Edmonds, was asked if she had any information regarding Fethullah Gülen.

Edmonds claims in her testimony that “Gülen established more than 300 Madrasahs in Central Asia and what he calls universities that have a front that is called Moderate Islam, but he is closely involved in training Mujahideen (Al-Qaeda) – like militia Islam who are brought from Pakistan and Afghanistan into Central Asia where his Madrasahs operate, and his organization’s network is estimated to be around $25 billion, and that he has close ties to training militant Muslims.”

When asked if she considers Gülen a threat to U.S. interests, she responded, “100%, Absolutely.”