“Military Colonist” is a term that has gone out of fashion in this brave new world of “No Human Being is Illegal” and “Every Refugee Deserves to be Resettled.” 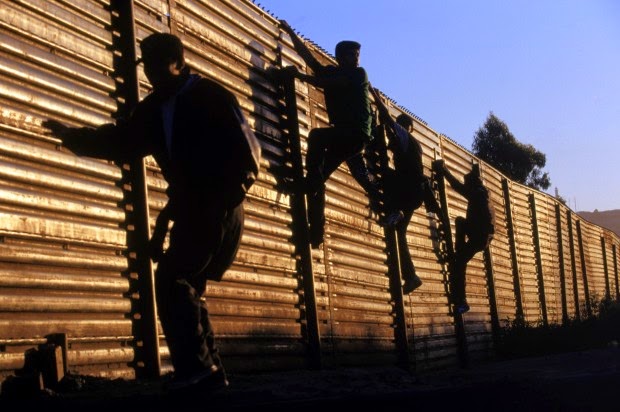 The university history professor with an office full of fake Indian jewelery and a view of the parking lot will lecture on the military colonies of the Roman period, always careful to emphasize their eventual fate. And he may even get up to the 16th century. But he’ll stay away from the present.

But if you are going to take land or seize power, you will need military colonists to hold it. The military colonist may be an ex-soldier, but he’s more likely to be someone the empire, present or future, doesn’t particularly need or have a use for. The Czars used serfs. The present day military colonist who shows up at JFK or LAX may also be a peasant with even less value to his culture.

Mexico’s military colonists are not military. Often they aren’t even Mexican. But they have managed to take back California without firing a shot. Unless you count the occasional drive by shooting.

While the United States sent tens of thousands of soldiers to try and hold Iraq and Afghanistan only to fail; Mexico took California with a small army of underpaid handymen who claim entire cities and send back some 20 billion dollars a year. As conquests go, it’s not hard to see who did more with less.

In 2009, 417 Mexican migrants died trying to reach America, and 317 American soldiers died in Afghanistan. But Mexico has more to show for it than America does. Every Mexican who settles across the border is a net gain who sends back money and spreads political influence. Meanwhile America is spending trillions on a much smaller army in a country whose land no one actually wants.

In the decade since the US invaded Afghanistan, 24,710 Afghans successfully invaded the United States and received permanent legal status. That is an occupying force larger than US troop numbers were at any point in time in Afghanistan until the very end of the George W. Bush’s second term.

During this same period there were also 19,000 Afghan non-immigrant admissions. As invasions go, the Afghan invasion of America was far more successful than the American invasion of Afghanistan.

That is even more true when you consider birth rates. Military colonists are not a mere invading army. They are generational footholds.

Across the ocean, the Algerian War is still going strong and France is losing badly. There are fewer bombs and bullets. Only men and women showing up and expecting to be taken care of. An army of millions could not have landed in France and begun pillaging the countryside. Not unless they came as immigrants. If you are going to invade a Socialist country, the best way to do it is as a charity case.

Unfortunately that holds true for us as well. 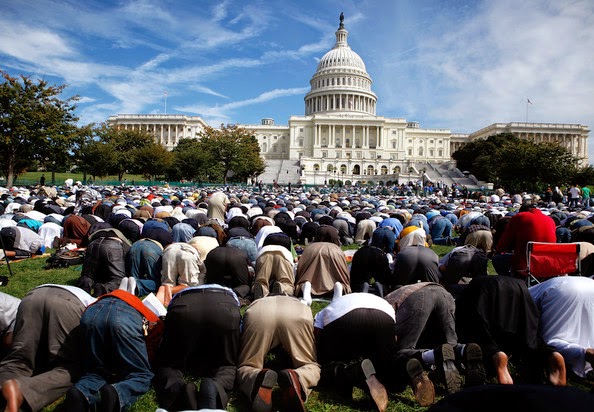 War is about controlling land, resources and populations. Land just sits there. It’s the populations that cause the trouble. The military colonist makes a more enduring occupation possible by settling the land and giving the conquering power a deeper foothold in the enemy territory.

There was a time when American settlers acted as military colonists holding down lands in Florida and Texas. Today America is being colonized by the settlers of other nations and ideologies. And we will find ourselves in the same position as the Spanish did in Florida and the Mexicans did in Texas.

Mexico invited American settlers to move in to Texas on the understanding that they would learn Spanish and otherwise fit in. Instead language and culture proved to be stronger than land and oaths of citizenship. Many of the Texas settlers might not have had much use for the United States at the time, but creed and culture made them American military colonists whether they knew it or not. The same holds true for the present state of affairs there today.

It’s more than just cultural or ethnic differences that make one a military colonist. It’s a cause. Whether it’s Manifest Destiny or the Reconquista or the Caliphate. Underlying it all is that sense of destiny. The power of an exceptionalism that makes it impossible for the settler to sink in and abandon his roots and beliefs to the tidal pull of a new culture when his grudge against it is more than the mere personal dissatisfaction of the new immigrant or his children caught between two worlds.

Integration is hopeless in the face of that sense of destiny. European nations struggling to defend some notion of secular space misunderstand the problem as one of extremism. Some of the more visible terror attacks may indeed be associated with what can be described as extremism in the sense that its participants are willing to push the envelope harder and further in more violent ways.

But Islamic terrorism is only the foam on the surface. It’s the bubbles at the edge of the pot. A minor symptom of a much bigger problem. It’s simply the most violent expression of a widely shared belief that Islamic law is superior to Western law. Most peoples feel that their ways and customs are best. It doesn’t become a problem until they become the majority and won’t take no for an answer.

American liberalism and European republicanism have no answers to Islamic terrorism. Their embrace of the Arab Spring was motivated by the need to believe that the Muslim world was ready to “advance” to the same postmodern level of existence eliminating the need to worry about women in Burkas or Al Qaeda. The same misreading of the power of tribe and religion that led to the foolish belief that Saudi Arabia’s military colonists could safely be turned into Labour voters led to the Arab Spring’s  equally misplaced confidence that the Muslim Brotherhood wanted to be just like Europe.

It isn’t only a tiny minority of extremists who believe that Islamic values are superior to Western values and who would like the law to recognize that assumption. It’s a tiny minority of extremists who try to prove their devoutness by jumping the gun and killing people over it before the full demographic impact of the military colonists would make a Burka ban into the next Syrian Civil War.

Think of two armies maneuvering into position. The extremist is the one who fires before the enemy is fully in range ruining the strategic effect of the surprise attack. Trying to understand the extremist not only misses the point, it misses the whole chain of events in motion. The schemes for integrating the disgruntled youth and countering violent extremism is symptom control.

Terrorism is an early warning in the clash of civilizations and all our leaders can think to do is hold a meeting with the heads of the opposing army asking them to get their hotheads to stop shooting at us  because it’s bringing our civilizations into conflict. Our civilizations are in conflict and have been as far back as they have both existed. The occasional plane hijacker is the first snowflake of a winter storm. Instead of preparing for a storm, we’re trying to figure out how to stop snowflakes.

The conflict is primal. It isn’t about American foreign policy or War X or Country Y or Cause Z. These are all “arguments” that explain the conflict once it’s already under way. It’s simpler than that. It’s about the incompatibility of cultures, religions, political and economic systems. And it’s about countries with a lot of oil and not much else trying to buy their way to an empire by using their own impoverished brethren as cannon fodder. And finally it’s about what happens when birth rates fall. 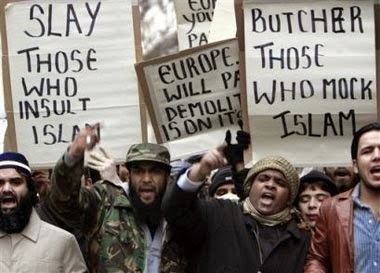 Western countries have achieved individual comforts with an unsustainable system.

This unsuistainability is both economic and demographic as budgets and children are both lacking. Meanwhile the countries and cultures that have failed have achieved a perfectly sustainable state of misery. They may not have much income, but they also don’t have much to eat. They may have high infant mortality rates, but they have even higher childbirth rates.

America of 2014 cannot go on being this way indefinitely. It probably can’t even manage another two decades without major changes of some kind. Afghanistan 2014 however can go on being the way it is indefinitely.  And that sustainability is what makes its people effective military colonists. Living the Afghan lifestyle in London or Los Angeles is even sustainable because food and housing are free.

That just leaves large packs of nomadic youths roaming the streets, selling drugs and rioting at the slightest provocation until it’s time for them to get married and make more nomadic youths of their own. It’s not that different from Afghanistan. It’s the tribal life transplanted to the West. It’s a culture with no real purpose except to produce young males eager to fight and expand tribal power and a religion with no real purpose except to affirm that as a religious duty.

Islam embodies expansionism. Its directives of male violence and female subjugation have no other end. They protect the tribal imperatives of endogamy and violence, of inbreeding and the feud. It has no ideas except to get bigger and that makes its followers into ideal military colonists.