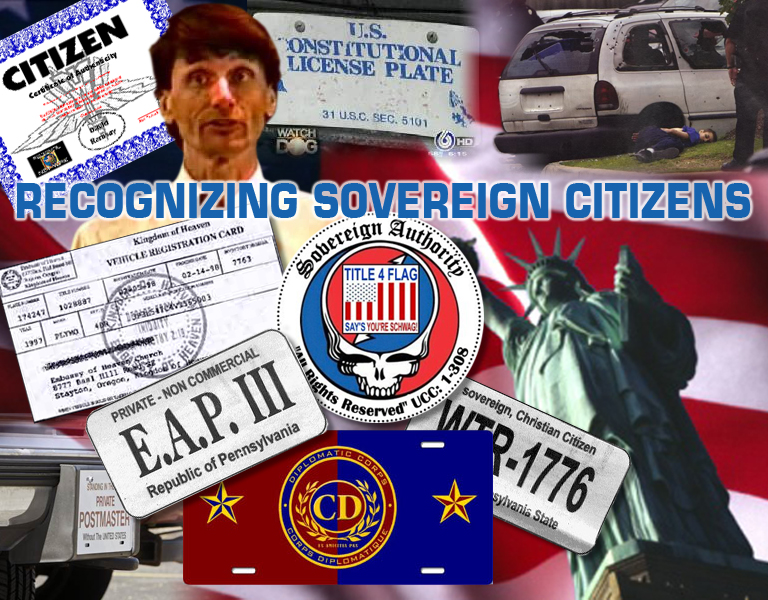 Government’s never stop trying to find ways to cast legitimate dissenters in a negative light. In the 1990′s when as the globalists began to play their hand in earnest (e.g. NAFTA, Waco, Ruby Ridge, etc.), anyone who spoke out against the international corridor highway system (NAFTA and CAFTA), were opposed to job-sucking free trade agreements and were opposed to the regionalization of the US into the North American Union, were labeled as “conspiracy theorists.” Anyone who saw a conspiracy in anything, any person, or any event, was labeled as being mentally ill.

In the last decade, the term conspiracy theorist began to give way to certain patriotic traits which no legitimate government should have had a concern with. Only this time, if one opposed anything that the government does, the person was labeled a domestic terrorist.

Most aware citizens will have no trouble remembering the upsetting contents of the MIAC Report which served to declare an individual a domestic terrorist if they supported Ron Paul, demanded the government follow the Constitution, was pro-Second Amendment, was a Libertarian, a Constitutionalist, a returning veteran or was opposed in any form to the Federal Reserve. Subsequently, the alternative, and truthful media, roundly criticized this anti-American document and slowly, but surely, the MIAC report faded from public view as it lost legitmacy.

The MIAC Report, Gone But Not Forgotten The newest globalist trick to quell dissent and subsequently violate the rights of legitimate government protestors is to hide under the guise of being labeled “THE SOVEREIGN CITIZEN.” Under no circumstances should an American identify themselves as a sovereign citizen. To do so, could have very dire consequences.

The term “sovereign citizen” is deceptive because in political discussions about who has the power in society, the term gets used quite often. For example, if the people are the sovereign, then the people have power over the government. If on the other hand, the government has power over the citizenry, it could be accurately said that the government is the sovereign. Yet, again, my strong advice to all Americans is to avoid using the term all together and in the following paragraphs, I detail why. Stacy Lynne is the beleaguered mother of a nine-year-old boy, who had her little boy stolen by a corrupt judge, Julie Kunce Fields, in retaliation for Stacy’s anti-Agenda 21 public presentations which were serving to slow down the ICLEI invasion of Fort Collins, CO. For her trouble, Stacy, without so much of an allegation of wrongdoing, lost total custody of her son was given to the biological father who, by all accounts, previously showed little interest in being a father to Jaden. The judge is a former consultant to the IMF and the World Bank. Field is a globalist and this was her first judgeship. She was brought in to silence Stacy by stealing her child in order to derail her anti-Agenda 21 activities. You can read about this heinous case here. The only negative that Field has ever written or said about Stacy is that Stacy Lynne is a sovereign citizen. This legal declaration first took plance on December 21, 2011, the day Stacy lost custody of Jaden. Stacy read the court order, which severed her custodial rights to We Are Change Colorado, as Stacy noted that Field had declared her to be a “sovereign citizen.”

As it turns out, labeling someone as a “sovereign citizen” is the 2014 version of the discredited MIAC Report which labeled Ron Paul supporters, Second Amendment advocates, returning veterans and people who support the Constitution as domestic terrorists.

This anti-dissident strategy takes America one step away from full implementation of disappearing American protestors under the NDAA for the crime of being a sovereign citizen. This is a very slippery slope and the government and its police agencies are fully committed to this strategy.

What Exactly Is A Sovereign Citizen?

As one traces the origin of the term sovereign citizen, in its contemporary vernacular, the term gained its roots in a shoot out following a routine traffic stop in Arkansas as it turned into an violent confrontation between police and a father-son pair of so-called “sovereign citizens.” According to the corporate controlled media, this event, which occurred on July 1, 2010,  “brought attention to  a secretive and dangerous subculture which believes American laws don’t apply to them.”

The federal government was quick to seize on this opportunity and bootstrap the term to any group that the federal government feels would oppose any of its policies. In short, if you do not like some aspect of government, you are now one the new domestic terrorists and should be subject to governmental control outside the bounds of constitutional protections.

Police Magazine, provides the first real comprehensive definition of what constitutes a sovereign citizen as they note that the crimes committed by sovereigns often include relatively minor offenses such as the manufacture of fraudulent license plates, registration cards, or currency (e.g. use of gold coins). So, in the first part of this definition, sovereign citizens are defined as essentially petty criminals.

Wait a minute, we were told under the Bush administration that we had to give up our civil liberties so the government could protect us from terribly dangerous terrorists. Sorry DHS, I just don’t see how a petty criminal constitutes a national security threat. Further the magazine stated that all of these people should be considered to be armed and dangerous and that the calling in of a SWAT team during routine traffic stops might not be an overreaction to the threat posed by sovereigns.

The police can further identify a dangerous sovereign individual if they complain about mortgage fraud, or banking fraud. Police Magazine notes that the tactics employed by “sovereigns” are not always violent. I had to read that last statement twice as I try and determine why this poses such an extreme danger to society. The case in point here, would be Stacy Lynne’s opposition to Agenda 21 policies in Fort Collins, CO. The police are also cautioned to be on the look-out for words like “Indigenous,” “Sovereign,” “Diplomatic,” “Exempt,” or “Private Property” displayed on the personalized license plates.

Police officers are advised that Sovereigns will engage in willful terrorism because they may actually video-record their interactions with law enforcement officers.  To the contrary, the courts have upheld the citizens’ right to video the police. Police can expect to be further intimidated as some of these encounters are live-streamed via the Internet and watched by local like-minded sovereigns, and this could pose a threat a possible threat to police safety. So if one has a Youtube channel, they might be a sovereign citizen. Police are also cautioned to be aware of certain  dangerous key words that sovereigns are likely to use such as “oath of office”, “traveling in a private capacity”, “domicile” and the “14th Amendment.”

“Sovereign citizen groups, with few exceptions and despite their differences, will choose to unite against their one common enemy: the government and its agents.” I thought our Founding Fathers encouraged future generations to oppose all forms tyranny emanating from the government. What did Jefferson say? Something like resistance to tyranny is obedience to God.

One would be wise to avoid being labeled with the new domestic terrorist term, sovereign citizen. Carried out to its extreme, as in the case of Stacy Lynne, a sovereign citizen is not something that one wants to be labeled as the term is bootstrapping all legitimate concerns about the government and virtually criminalizing dissent and protest. And with the NDAA hanging over American heads, unknowingly admitting to being a sovereign citizen could be a very bad idea.

Sheriff Says Border Crisis Was Under Control During Trump’s Term, Biden Made A Mess
March 5th, 2021 Flag And Cross