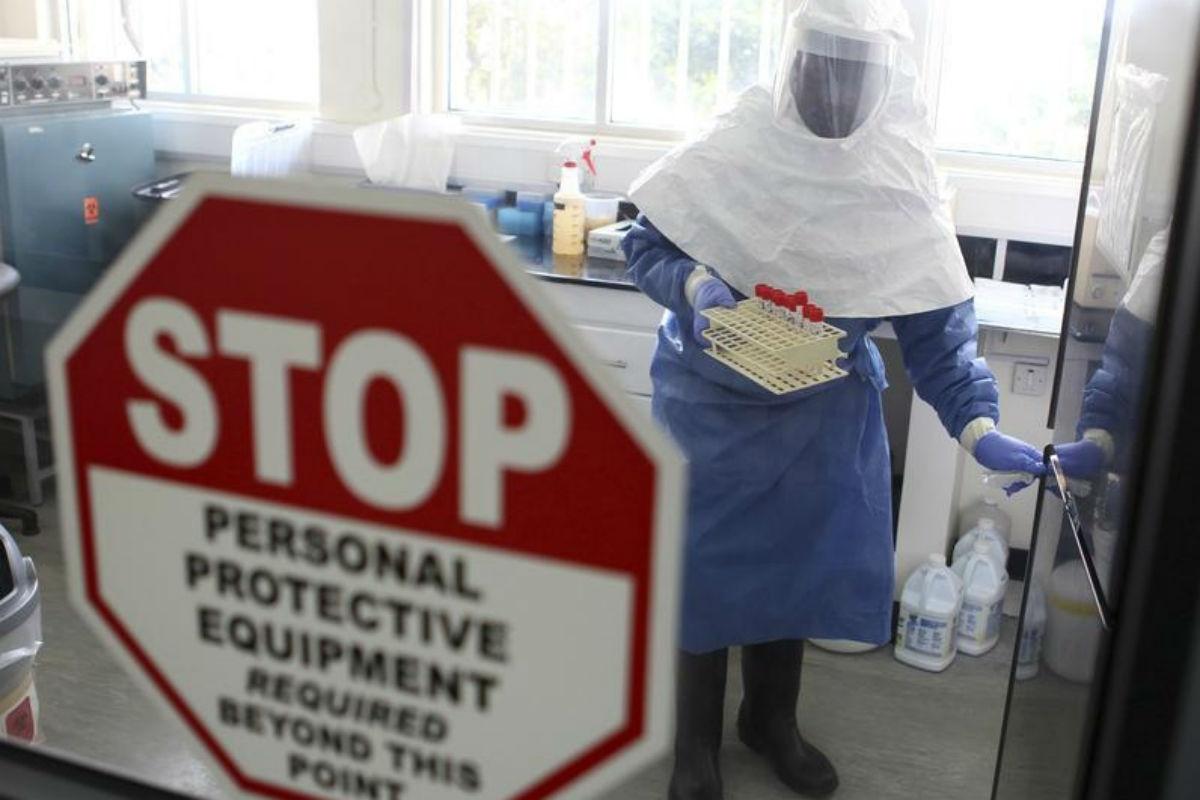 Most border crossings in Liberia, located in West Africa, have been closed and communities hit by an Ebola outbreak face quarantine to try to halt the spread of the virus. The symptoms include high fever, bleeding and central nervous system damage. Fatality rates can reach 90% and the incubation period is two to 21 days. THERE IS NO VACCINE OR CURE (CDC).

How It All Begins

United States aid worker, Nancy Writebol, a missionary sent by the Calvary Church in North Carolina, became the second American citizen to contract Ebola.  Previously, Dr Kent Brantly, a doctor also working at an Ebola clinic in the capital of Liberia, Monrovia, had previously been infected with the deadly Ebola virus while treating victims of the disease at a hospital in West Africa. Ebola is transmitted through bodily fluids, stated Tarik Jasarevic, a spokesman for the WHO, said around 100 health workers had been infected by Ebola in three countries. The virus has now killed 660 people across Guinea, Liberia and Sierra Leone since the outbreak began nearly six months ago. Ebola has a mortality of approximately 90% and overwhelms the health care systems of the communities in which it appears.

The past week has seen Ebola infecting key medical staff in Sierra Leone, a deadly Middle East virus become airborne and a whole city in China put on lock-down for fear of bubonic plague. Lockdown? What exactly is lockdown? If a community is to stop Ebola, they must go into lockdown procedures. Lockdown procedures include the closing of the border to a present non-infected nation. The map, below, shows the impacted countries experiencing an Ebola outbreak.

Both Dr. Jane Orient, one of Arizona’s top physicians as well as other researchers, such as myself, have received information, from Border Patrol informants, that as many as 100,000 West Africans are being admitted to the United States under the same provisions that President Obama is presently admitting so-called “unaccompanied minors”. These people are from the same region of the world as the uncontained outbreak of Ebola. As Dr. Orient said in her interview on The Common Sense Show, on June 30, 2014, “It is not a matter of if Ebola comes into the United States, but when.”

Fortunately, the United States has detailed procedures to deal with a pandemic outbreak and it carries the force of law. Under section 361 of the Public Health Service Act (42 U.S. Code § 264), the U.S. Secretary of Health and Human Services is authorized to take measures to prevent the entry and spread of communicable diseases from foreign countries into the United States and between states. The authority for carrying out these functions on a daily basis has been delegated to the Centers for Disease Control and Prevention (CDC). The CDC utilizes two basic strategies when trying to contain a public outbreak of something as deadly as Ebola and they are Isolation and Quarantine.

“Isolation is used to separate ill persons who have a communicable disease from those who are healthy. Isolation restricts the movement of ill persons to help stop the spread of certain diseases. For example, hospitals use isolation for patients with infectious tuberculosis. Quarantine is used to separate and restrict the movement of well persons who may have been exposed to a communicable disease to see if they become ill. These people may have been exposed to a disease and do not know it, or they may have the disease but do not show symptoms. Quarantine can also help limit the spread of communicable disease” (CDC). Quarantining involves the creation of detainment facilities in which people, who are suspected, or are infected with a pathogen, are forcibly detained and not allowed to leave. This statute also applies, in the same manner, as people who “may be exposed”.

The United States Is Moving to Establish Quarantine Centers

Even if there was not a present immigration crisis at the border, there is a significant outbreak of Ebola in a seven country region of West Africa. With modern air travel, this government should be enacting protocols to limit the chances for Ebola from coming into the United States. Instead, President Obama is having ICE and DHS load up the buses and planes, at taxpayers expense ship them throughout the United States without going through a minimum of a three week health screening period (i.e. Ebola’s incubation period). This is highly irresponsible and could be considered to be an act of treason being committed against the people of the United States. Under federally mandated quarantine procedures, here is what the CDC and President Obama are mandated to do in the present crisis. Here is what is supposed to happen as described by the CDC:

The Secretary of the Department of Health and Human Services has statutory responsibility for preventing the introduction, transmission, and spread of communicable diseases in the United States. Under its delegated authority, the Division of Global Migration and Quarantine works to fulfill this responsibility through a variety of activities, including

Instead, we are getting this type of Obama led method of pandemic protection, as described below.

Yesterday, Paul Watson opened a lot of eyes with the following statement: “The source, an office clerk within the LADHS, said that during a policy meeting on the morning of June 18th last month, his supervisor announced that the Los Angeles County Dept. of Health Services had struck a deal with the government to open up ‘low cost housing’ facilities for homeless people, otherwise known as ‘FEMA camps.’ The source said that his supervisor ordered staff not to use the term ‘FEMA camps.’” One look at who is behind this program should raise the eyebrows of every person. as it is being administered by the Department of Health Services.

“In an effort to respond to the high need for recuperative care services, Housing for Health will open a 38 bed recuperative care site in South LA this summer. The goal of recuperative care is to provide short-term housing with health oversight to homeless DHS patients who are recovering from an acute illness or injury or have conditions that would be exacerbated by living on the street or in shelters. The site was renovated to serve patients with mobility impairments and provides wheelchair accessible community space indoors and in an open-air courtyard. The site will be operated by LAMP Community, a non-profit agency with over 25 years of experience providing services to homeless individuals”.

At a time when city, state and federal budgets are stretched to infinity, we are supposed to believe that out of the goodness of their hearts, LA County is going to provide these kinds of services at this kind of expense to previously ignored homeless people? Does any of this make any sense given the economic state of the country? Paul Watson is calling these facilities, FEMA camps. I agree with Paul and would also add that they are FEMA Quarantine Camps. This is the early preparation for what is coming. Cities across the country, from Tempe, AZ. to Charleston, SC., are outlawing homeless people as it gives the government to quarantine these people.  A clear pattern is emerging that we are soon going to see from California to South Carolina homeless people being quarantined, held against their will, for “health” reasons. The handling of the present and potential Ebola crisis speaks for itself. When there is trouble America, who are you going to call? Thirty years ago, we called the Ghostbusters (i.e. hit movie 1984), which is a whole lot better than what is available now.